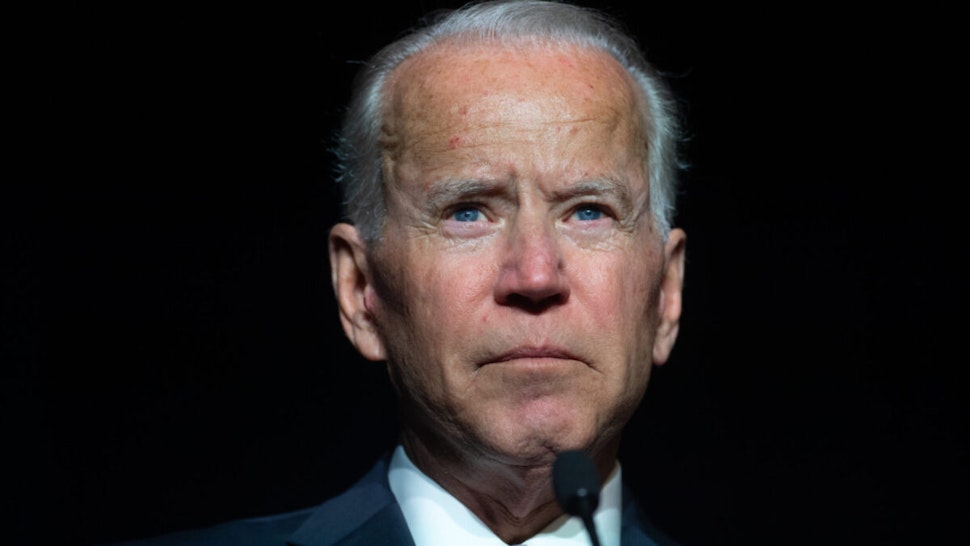 “Goodbye, great power competition and hello, strategic competition,” this is what the Biden Administration’s Pentagon spokesperson recently told Daniel Lipmann of Politico. According to analysts, these comments signal a shift toward a more cooperative, even conciliatory, American posture toward the Chinese Communist Party. Further, President Joe Biden told the media on October 6 that he had “spoken with [Chinese President Xi Jinping] about Taiwan. We agree that we will abide by the Taiwan Agreement.”

The agreement that Mr. Biden was referring to was the 1979 Taiwan Relations Act, an ambiguous agreement forged between China and the United States in which Taiwan would be treated by the United States as a foreign country without being formally recognized as such. While the 1979 agreement does allow for the provision of American military aid to Taiwan such that Taiwan can “maintain a sufficient self-defense capability,” the terms of this agreement allow for the Americans to shirk away from Taiwan

whenever it is convenient for Washington do so.


The Biden-Xi call came on the heels of China’s brazen violation of Taiwan’s Air Defense Identification Zone (ADIZ) during the week of October 1. At that time, China deployed more than 50 warplanes to violate Taiwan’s ADIZ, testing Taiwan’s overworked air defense network and pushing the island’s military to the point of exasperation. At some point, a grave miscalculation will occur between China and Taiwan—a mistake that could spark another world war that Washington is not prepared or willing to fight.

In response to the recent Chinese aggression against Taiwan, the United States deployed two aircraft carrier strike groups near Okinawa. These powerful American warships linked up with the British Royal Navy’s carrier strike group. A group of warships from Japan, New Zealand, Canada, and the Netherlands also joined the American led flotilla.

The flotilla was meant to deter Beijing from any further acts of aggression during a low point in relations between Beijing and Washington.

Deterrence only works on an opponent who is willing to abandon the objective you are trying to prevent that opponent from achieving. Frankly, Beijing wants Taiwan more than Washington wants to keep the island away from China.

The current situation in China is especially dangerous for Xi Jinping’s continued rule. As China’s economy goes through a massive reorganization that could take down Xi’s regime, the Chinese ruler is looking to distract his people through powerful displays of nationalism, such as reclaiming the “lost” Chinese province of Taiwan.

The American economy teeters on the brink as inflation continues unabated, a government shutdown looms, brittle supply chains cannot keep up with increased demand, Americans eschew returning to work in favor of greater welfare payments, and COVID-19 continues to rampage throughout the United States. To offset these economic threats to Biden’s presidency, the White House will likely try to get a new trade deal crafted with China that will curb inflation and generate trade.

What’s more, President Biden is fearful of a manmade global climate catastrophe. Both he and his climate czar, John Kerry, have for years insisted that China is key to curbing anthropogenic climate change. Far from courting war with China, the Biden Administration likely is seeking to reset relations to what they were before Donald Trump’s rise in 2016.

No matter what President Biden says, it is unlikely that he will commit US forces to defend Taiwan. According to a 2021 survey conducted by the Chicago Council on Global Affairs, only 41 percent of Americans support US military power being used to defend Taiwan. Therefore, it’s not politically expedient for Biden to risk another world war—at least according to the polls—anymore than it was for Biden to keep US forces in Afghanistan.

Beijing is quickly approaching the time when it is prepared to call Washington’s bluff over Taiwan. Should Biden refuse to act militarily to prevent a Chinese invasion of Taiwan, Beijing would probably offer Biden the useless consolation prize of a hollow climate deal and a new trade deal that empowers China in the long run. The diminution of American power will continue under Biden until there’s nothing left of the American-led world order.

With America’s only options being world war or capitulation, without an actual leader to rally the American people to stand for what’s right and to chart a new course, what else other than the collapse of American power in the Indo-Pacific can one expect?

Biden is a very weak president. We are going to pay the price.

Email ThisBlogThis!Share to TwitterShare to FacebookShare to Pinterest
Labels: China