Ask yourself, why are you seeing a story like this?

Iran Behind Drone Attack On U.S. Base In Syria, U.S. Officials Say
By Ryan Saavedra• 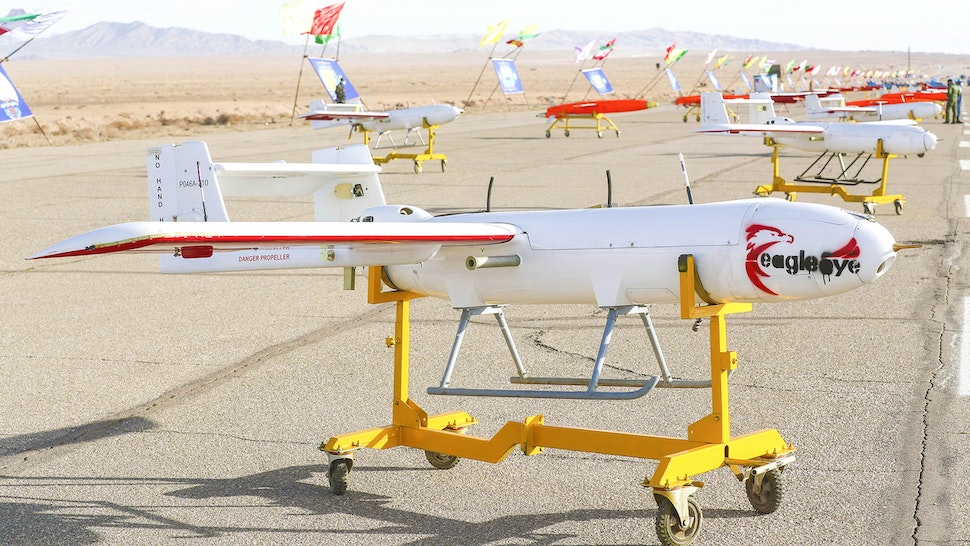 
U.S. officials reportedly believe that Iran was “behind the drone attack” on a U.S. base in Syria last week, which comes as the Biden administration continues to try to negotiate with Iran about returning to the Iran nuclear deal.

“Officials said Monday the U.S. believes that Iran resourced and encouraged the attack, but that the drones were not launched from Iran. They were Iranian drones, and Iran appears to have facilitated their use, officials said, speaking on condition of anonymity to discuss details that have not been made public,” The Associated Press reported. “Officials said they believe the attacks involved as many as five drones laden with explosive charges, and that they hit both the U.S. side of al-Tanf garrison and the side where Syrian opposition forces stay.”

U.S. forces are at the base to train Syrian forces to fight against Islamic extremists.

Pentagon Spokesman John Kirby said that the attack was “complex, coordinated and deliberate.”

“The protection and security of our troops overseas remains a paramount concern for the secretary,” Kirby said, referring to Defense Secretary Lloyd Austin, “and that if there is to be a response, it will be at a time and a place and a manner of our choosing, and we certainly won’t get ahead of those kinds of decisions.”

The attack on the base comes as the Biden administration has tried to get Iran to re-enter the Iran nuclear deal. Iran is now on the brink of having enough nuclear material to create a nuclear weapon.

Israeli Prime Minister Naftali Bennett signaled to the world in late September that Israel is preparing to take action to stop Iran from being able to obtain a nuclear weapon.

“Evidence which clearly proves Iran’s intentions for nuclear weapons in secret sites in Turquzabad, Teheran & Marivan — is ignored,” he continued. “Iran’s nuclear program has hit a watershed moment. And so has our tolerance.”

“Words do not stop centrifuges from spinning. There are those in the world who seem to view Iran’s pursuit of nuclear weapons as an inevitable reality, as a done deal, or they’ve just become tired of hearing about it,” Bennett added. “Israel doesn’t have that privilege. We cannot tire. We will not tire. Israel will not allow Iran to acquire a nuclear weapon.”

This report has been updated to include additional information.

The Daily Wire is one of America’s fastest-growing conservative media companies and counter-cultural outlets for news, opinion, and entertainment. Get inside access to The Daily Wire by becoming a member.
at October 25, 2021

Email ThisBlogThis!Share to TwitterShare to FacebookShare to Pinterest
Labels: War