Their defense will be that they thought the mayor was serious

“As you saw from the horrific video, it wasn’t just one person. There’s one person who dealt the fatal shot. But, there were others who were standing by who dragged that poor woman out of the car,” the mayor said Monday. 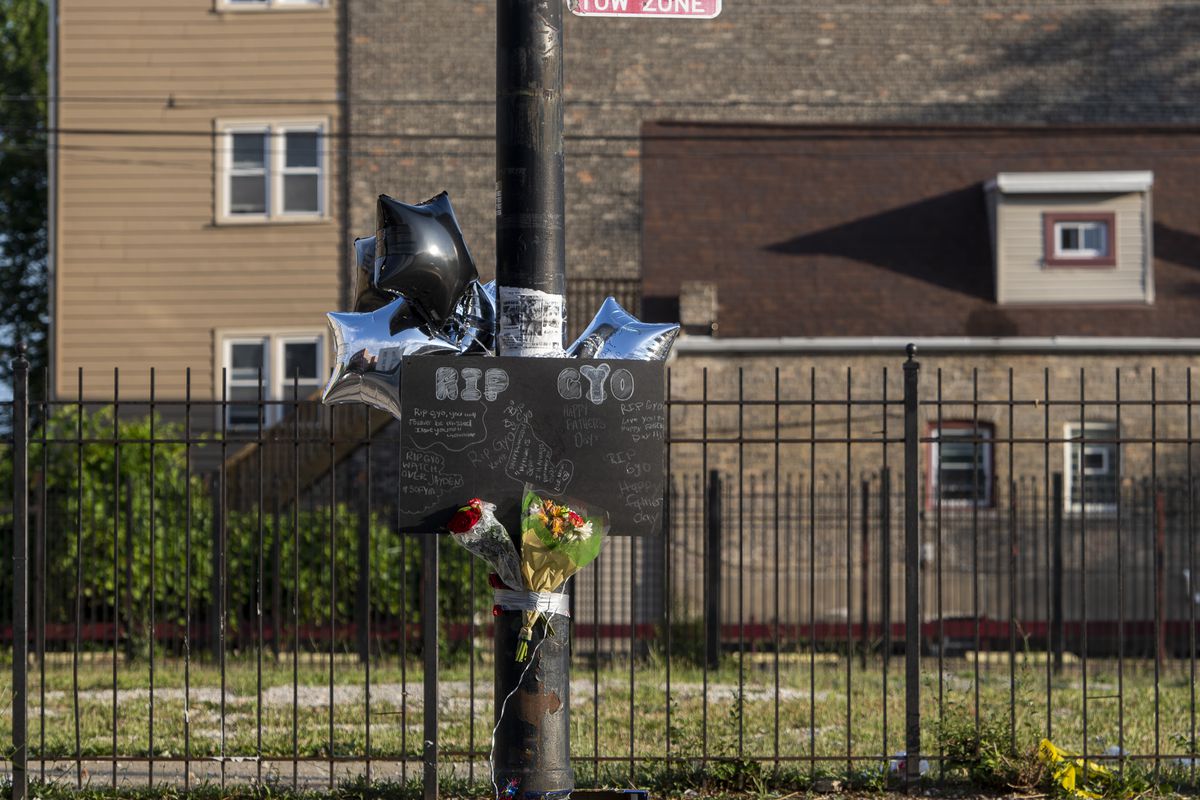 A memorial for Gyovanni Arzuaga, who was shot and killed in the 3200 block of West Division St. in Humboldt Park, is seen Sunday. Arzuaga was killed on Saturday while celebrating Puerto Rican Day, Sunday, June 20, 2021. Gyovanni was traveling with Yasmin Perez, who was critically wounded in the same shooting. Tyler LaRiviere/Sun-Times

weekend shooting that left a man dead and a woman critically wounded in Humboldt Park.

Lightfoot said police have “promising leads” after tips from the community. They have identified a suspect who “did the shooting,” the mayor said. She hopes that suspect will be in custody “relatively soon.”

But that’s not the end of the investigation, Lightfoot said.

“As you saw from the horrific video, it wasn’t just one person. There’s one person who dealt the fatal shot. But there were others who were standing by who dragged that poor woman out of the car. The man who was killed literally used his body as a shield and paid for that with his life,” the mayor said.

The video the mayor referred to was graphic surveillance footage of the Saturday night shooting that had been circulated widely online over the weekend.

Killed was 24-year-old Gyovanni Arzuaga, who was pronounced dead at Saints Mary and Elizabeth Medical Center. He was a passenger in a car driven by a 25-year-old woman who also was shot. She was struck in the neck and rushed to Stroger Hospital in critical condition, police said.

Their car was ambushed by three males about 9:15 p.m. Saturday in the 3200 block of West Division during the Puerto Rican Day Parade.

“The fact that happened in our city and so many individuals stood around and seemingly were trying to take advantage of this moment that, I believe, started with a car accident, is a horrific statement … about those men who were involved in that.”

Lightfoot then delivered an ominous warning to the men she accused of being complicit in the incident.

“You know who you are. People know who you are. You need to turn yourself in because we are gonna spare no resource whatsoever to find them and you and bring you to justice and make sure that these people who created such brazen chaos and harm are held in custody ’til they see their day in court,” the mayor said.