slave owner
There is currently a nationwide effort to rid ourselves of all things and people that represented slavery.
In Chicago, there is a movement to rename at least 30 schools that are named after slave owners
Read more »
at January 03, 2021 2 comments:

I seem to recall from my high school history class, a story about a 1800's era US Supreme Court case, which was not exactly consistent with this proposition.
at December 22, 2020 1 comment:

For a number of years I have witnessed the disappearance of the white male from the publications and fund-raising materials sent to me by Georgia Tech and Merton College, Oxford University. The materials feature women and foreigners, and I am puzzled that the institutions believe that a person who remembers his college differently from what now exists can resonate with the fund-raising materials. The materials remind me that the educational institutions that I 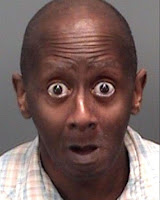 Blacks calling themselves “Moorish sovereign citizens” and claiming they are the rightful legal owners, are threatening homeowners and taking over private homes across America.

They are members of the Moorish National Republic (MNR) — a group that calls black people “Moors” and claims to be the rightful owners of the land of the United States, which makes every land- and home-owner in America usurpers.

In a letter to then-President Barack Obama on Aug. 4, 2011, the MNR proclaimed that the indigenous “natural” people of North America, South America, Central America and the Caribbean Islands were of Moabite/Moorish (i.e., Black) descent, which makes contemporary Blacks, as heirs of those “natural people,” the rightful and legal owners of all land in the United States.

Furthermore, whites (“Albions”) don’t even own Europe because Europe is actually the continent of the ancient

NFL Star DeAndre Hopkins Reportedly Flipped Off Trump Supporters While Driving Past MAGA Caravan in Arizona, is there any reason why the Cardinals don't cut him now

Angry in Chicago, almost to the point of rage. Imagine a society where there was no more rage. A place where everyone got over it and went go to live happy and productive lives. 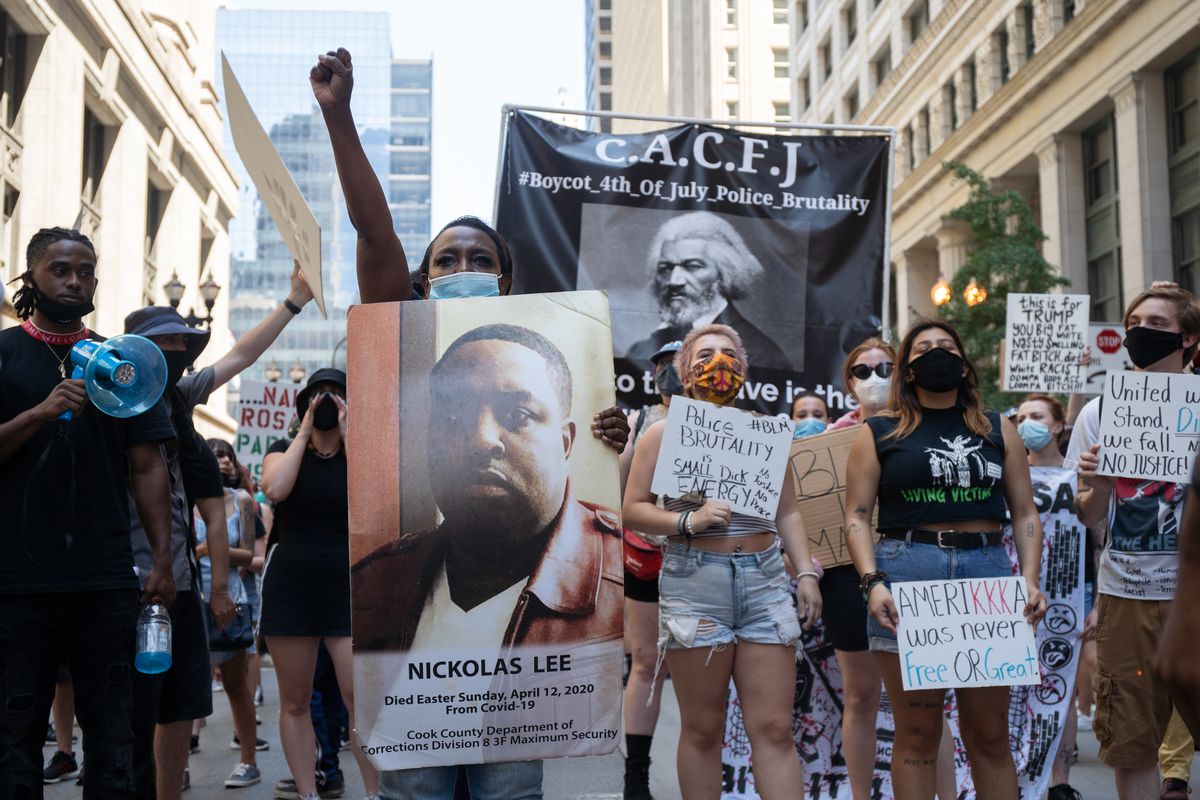 Hundreds of people march in a Black Lives Matter protest in Chicago’s Loop on the 4th of July this past summer. Pat Nabong/Sun-Times

“To be a Negro in this country and to be relatively conscious is to be in a rage almost all the time.” – James Baldwin

Dear Chicago, you have blood on your hands. Innocent blood. The blood of our fathers, the blood of our
Read more »
at October 12, 2020 8 comments:

Lightfoot gets to add the cool to new Biden-Harris ad featuring Black mayors, yes she will be wearing her Halloween costume

In a 30-second spot, Lightfoot appears with the mayors of Atlanta, San Francisco, Charlotte, Washington, D.C. and New Orleans addressing Black women, because they’ve “always been on the front lines of social justice.”
By Rachel Hinton Updated Oct 10, 2020, 10:13am CDT 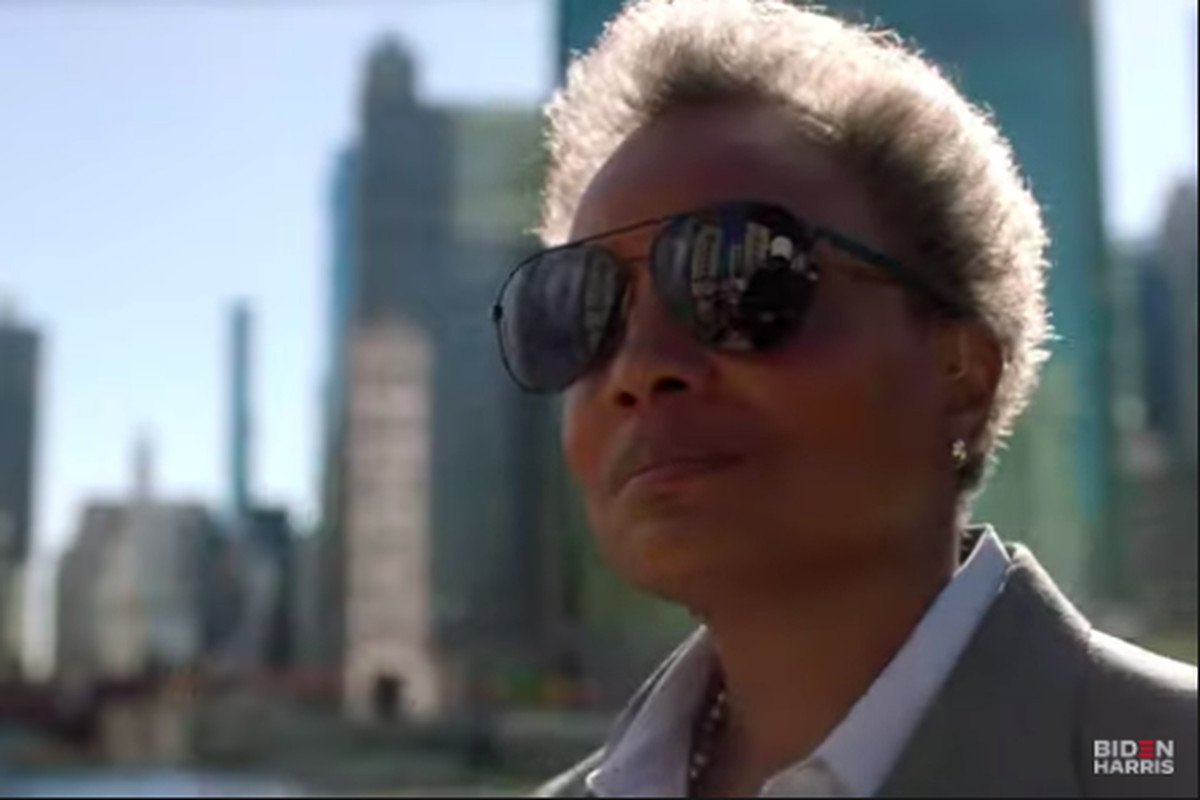 
Mayor Lori Lightfoot is appearing alongside 12 other Black mayors in new TV and digital ads that will begin airing over the weekend for Joe Biden and running mate Kamala Harris, targeting African American voters in key battleground states.

And Chicago’s mayor gets to deliver one of the cool punchlines.

In one 30-second spot for the Democratic presidential ticket, Lightfoot appears with the mayors of Atlanta,
Read more »
at October 10, 2020 9 comments:

More White Privilege BS, she can not handle the truth 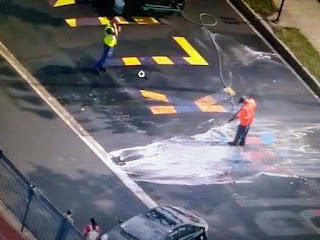 The economy is racist don't you know


Ilhan Omar calls for the “dismantling” US economy and political systems

Posted on July 8, 2020 by DCG
I’m going to let Omar speak for herself as I’ve got nothing nice to say about this ungrateful refugee.
And speaking of profit: “New York Post: Rep. Ilhan Omar has paid her husband’s consulting firm $878,000 in the last two years.”
Hypocrite.
DCG

LeBron James....just a great human being

Powerful: LeBron James Pulls Over To Lecture Homeless Man On His White Privilege

LOS ANGELES, CA—We all know LeBron James is an amazing human being, but seriously. Just when we thought he couldn't get any better, local media caught this powerful moment and WE CAN'T EVEN. Cameras caught the inspiring, heartwarming moment LeBron approached a homeless man last week at one of LA's many tent cities.
According to sources, the homeless man held out his hand to LeBron's approaching car to ask for some spare change. What happened next gives us faith in humanity again.
The world-famous NBA player looked at the poor man's outstretched hand. Smiling kindly he said, "Silver and gold have I none, but in the name of #BlackLivesMatter, I offer you the gift of social enlightenment!"
LeBron James then proceeded to lecture the lucky panhandler on his white
Read more »
at July 08, 2020

Consider what else the radicals and rioters have accomplished. They have made mass civil disobedience an acceptable and even praiseworthy form of protest, if you are justifiably outraged. They have won near-immunity for burning and looting stores. Blanket amnesties at the state and city level appear to be in the cards…

The Seattle Commune is no more.
Declared three weeks ago by radical leftists as CHAZ, the Capitol Hill Autonomous Zone, rechristened CHOP, the Capitol Hill Occupation Protest, the six-block enclave inside Seattle ceased to exist July 1. The
Read more »
at July 05, 2020 1 comment:

The Myth of 'White Guilt'
By Dave Rybarczyk

Purely out of curiosity, I attended a series of local library seminars dealing with racism, entitled "Conversations in a Brave Space," held in cooperation with the local League of Women Voters and a local university. The topical sessions dealt variously with bias, oppression, privilege, and most recently, Black Lives Matter. The content was unsurprising, as was the makeup of the attendees -- white and comfortable, reflecting the town itself. What was striking was the level of guilt among these participants.

The hand-wringing was palpable. The confessions were effusive. The apologies were abject. These were people burdened with white privilege, and they despair over what to do about it.

I do understand their predicament. It is impossible for them now to adopt an ascetic life and devote their

If the NFL owners cared, really cared about the plight of the blacks in the USA, they would quietly donate a high percentage of their 2020-2021 profits to legit organizations like the NAACP and stop the pandering. But that's not going to happen.
at July 03, 2020 9 comments:

Paul Craig Roberts
Have you noticed what I have noticed—that of the trillions of words in print and on the air, there are precious few that are not garbage.  Among the few commentators I read is The Saker. He sees the US in systemic collapse—https://thesaker.is/the-systemic-collapse-of-the-us-society-has-begun/ .
Other commentators who I read, such as Dmitry Orlov, see the collapse as economic in nature.  As my readers know, I have a lot of my own to add to that analysis, principally the offshoring of US jobs and the financialization of the economy stressed by my colleague Michael Hudson.  But I see the cause of our society’s collapse as far more fundamental and dangerous.  It is a collapse brought on by the teaching of a false history that engenders race hatred in a multicultural society. It is impossible for a multi-racial society to exist on a foundation of racial hatred. But that is what white liberals have made
Read more »
at July 02, 2020 No comments:

BLM and the NBA, this is a bit much

NBA to paint 'Black Lives Matter' on sides of courts at Disney, per report, and I have absolutely had it with the NBA

By Sam Quinn
11 hrs ago1 min read
One of the central arguments against restarting the NBA season was the momentum social justice reform had gained in the United States. Playing basketball would theoretically provide a distraction for a
Read more »
at June 30, 2020 10 comments:

Posted on June 26, 2020 by Dr. Eowyn
Some are more equal than others.
Last week, like the state of California, health officials of Oregon’s Lincoln county issued a mandate requiring everyone to wear a face mask when out in public where individuals may come within six feet of someone outside their household. Exempted from that rule are those under 12 years of age, those with medical conditions who have difficulty breathing with a mask on, and those with disabilities that prevent
Read more »
at June 27, 2020 1 comment: