Figures he will be out of prison by then. 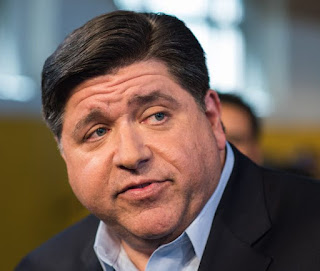 SPRINGFIELD, Ill. - Gov. J.B. Pritzker has released a five-year economic plan for Illinois that builds on the state's strongest sectors such as agriculture, health care, crime and transportation.

The Democrat's "Plan to Revitalize the Illinois Economy and Build the Workforce of the Future" was released Wednesday. Pritzker says he wants "to bring prosperity and opportunity to every corner of Illinois."

The plan's goals include building long-term growth through exports, startups, research and development and more. It also aims to invest in women, racial minorities, convicts, rural residents and others to close the "equity gap," and sets sights on creating and retaining jobs.