A DePaul freshman heading home from school was brutally attacked for her iPhone.

The worst part? The 19-year-old woman says she was beaten as others just stood by and watched.

It was a brutal attack in broad daylight, and while the victim and her family are still coping with the physical and psychological toll, it's taken they are still coming to grips with the fact that two able bodied men were standing within ten feet of Jessica and did absolutely nothing to help

It was just past 10 Thursday morning when DePaul University

on the Blue Line. The train

had almost emptied out at the UIC Halsted stop when a man more than twice her size took a seat directly in front of her.

"All of a sudden he just turned around and pretends to crack his back and looks me right in the eye...and that's when I knew something was off...cause he looked at me for a good few seconds,” said Jessica Hughes.

For Jessica, the next few moments would be terrifying. The man demanded her iPhone and when she wouldn't hand it over, he and a woman began attacking her. They punched her repeatedly in the face, breaking her nose and even biting her hand. All the while, two men watched the attack from just a few feet away and did nothing to stop it.

"I called for help multiple times and they didn't come to my aid. They were just watching,” Jessica said.

For Jessica’s father, the anguish over his daughter's beating is matched only by his outrage towards the two bystanders who refused to come to Jessica’s aid.

"I feel shame for them...I feel that being men...being a father...I don't know if they're fathers…but your job is to protect your children…what if it was their child being beaten by a humongous man?” said father Richard Amador.
at April 30, 2016 13 comments:

15 months is not enough 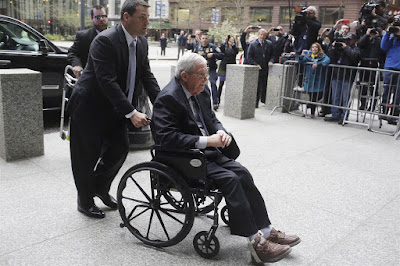 He should also be tarred and feathered and displayed in the public square in Yorkville. This phony son of a bitch is representative of what America is electing now.  No morals, no ethics, no limits. It's got to be stopped.
at April 27, 2016 5 comments:

Coming soon.....Snow Mountain on the lakefront!

Bid to save Lucas Museum relies on complex financing plan which will leave taxpayers on the hook as bought off politicians try to please Mr. Lucas. This proposal has got to be the ugliest building I ever saw.

My only question is why?

A rendering of what Lucas Museum would look like at a proposed new site at McCormick Place East.


Mayor Rahm Emanuel’s Hail Mary plan to demolish and replace McCormick Place East to make way for the Lucas museum relies on legislative approval of a complex financing scheme that calls for extending the life of entertainment taxes and having the movie mogul write a $743 million check.

The Illinois General Assembly, still embroiled in a marathon budget stalemate, would be required to do some heavy-lifting to keep the Lucas Museum of Narrative Art in Chicago — and so would Chicago taxpayers.

The General Assembly would be asked to:

Why is Bridget Gainer pandering to the Negroes?

Declaring that “nothing stops a bullet like a job,” Democratic Cook County Commissioner Bridget Gainer, of Chicago, has proposed an “emergency plan” to provide jobs to youth this summer.

It’s the second such plan to be proposed in the past week. County Commissioner Richard Boykin, D-Oak Park, proposed spending $45 million on youth jobs, using most of the proceeds from a proposed 4 cents-per-gallon increase in the county’s gas tax to fund the program.

Gainer’s proposal, by contrast, does not include a tax increase. Instead, she wants the county to defer all

The Democratic party left him high and dry as they decided to become the voice for welfare freaks, socialist and transexuals.

By: Mike Flannery
CHICAGO (FOX 32 News) - Some are calling it a political purge.
Republicans in Chicago are used to being outnumbered by Democrats. But now, the party chairman claims local GOP ranks are riddled with Democrats in disguise. And in an unprecedented purge, he's moving to fire one-fourth of the city's elected Republican ward committeemen.
The Republican purge targets 13 ward committeemen who were all elected by the voters in last month's primary. Some are angrily fighting back. Chicago GOP Chairman Chris Cleveland is refusing to seat 13 of the newly-elected committeemen because he says almost all of them voted in a Democratic Party primary.

Cleveland calls them agents of Democratic boss Mike Madigan.
“He changed the law at the end of 2014 to make it so that the ward 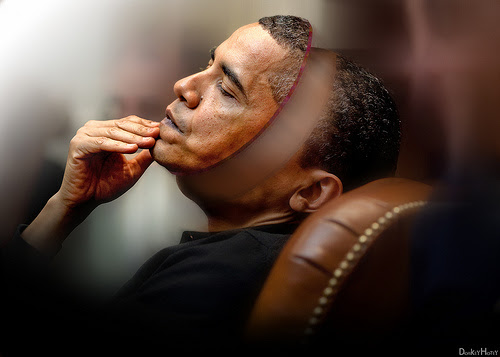 By Teri O'Brien -
Dr. Martin Luther King, quoting abolitionist Theodore Parker, said that "the arc of history is long, but it bends toward justice." Watching our country proceed headlong on the downside of Barack Obama’s socialist failure curve, we can clearly see now that “hope and change” is definitely not what a lot of people thought it was cracked up to be.
Not so in 2008, remember? That was when some people, the naive, the emotionally-driven, the uninformed, and frankly, in some cases, the outright stupid, were besotted with the idea that a dopey, jug-eared unaccomplished empty suit with a game show host smile and the ability to read from a TelePrompTer was the savior they had been waiting for. Of course, 2008 was when that very savior, Barack Hussein Obama, was striding across

Hello fellow 19th Warders. I am still learning how this blog mechanism works so please be patient with me.

I am a CPD who was passed over for promotion because I didn''t have the horses. So much for that. I have six years to go and I intend to enjoy every moment. I'm going to use this blog to say what I feel. I'm going to voice all those things that I have had to say under my breath.

Being a life long resident, I know every inch of this turf and many of the residents. Fine fine people I  must say. It is because they are so nice that they are being led by a proper bunch of bastards. It is they that is going to be the recurrent theme of this blog. I am going to shine the spotlight on em.

Please do me a favor and participate in the poll I have listed on the right side.

I have chosen to go with the pen name Murph the 4th.

Hi Everyone, I just want to let the readers know that I have sold this blog to someone else (for a very nominal sum) and that they will be taking over soon.  Thank you for your loyal following and know that I always tried to tell the truth about everything.  Murph
at April 05, 2016 13 comments: