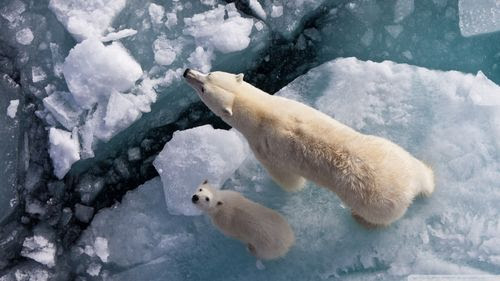 By Nancy Thorner and Bonnie O'Neil -
Man-made climate change alarmists continue to be caught revising history. There is a simple concept that continues to be on display here:   If present reality, facts and figures aren't cooperating with your desired goal, just change them to fit your desired outcome. "Fiddling" with temperature data is the biggest science scandal to date, and one of the least reported by the main stream media.
A report published in 2012 by Charlotte Meredith notes 100 reasons why climate change is natural and not man-made. Meredith's list of 100 is excellent and should convince any climate alarmist to have second thoughts about man-made global warming.  Consider the following:

James Taylor, senior fellow for environment policy at the Heartland Institute and managing editor of Environment & Climate News, disputes the 10 assertions assembled by the Environmental Defense Fund (EDF) which are considered by EDF to be the most powerful global warming assertions in the alarmists’ playbook.
Obama's budget calls for billions in Climate Funding for renewable energy and emissions reductions.  This revelation should make sensible people wonder how the world survived for billions of years without funding?  Interesting reading
is“How we are being tricked by flawed data on global warming” and Meteorologist: 'In the business world, people go to jail for such manipulations of data'...