On the chopping block. 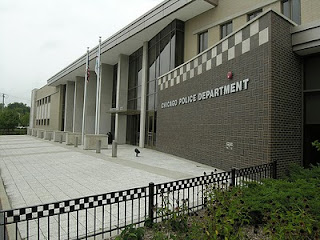 Due to budget cutbacks, the 22nd District station and/or the Mt. Greenwood library are both regarded as "dispensable" and are on the chopping block. Some people are saying that there are alternatives to keeping these facilities open. I say wrong.  It is going to be up to our local leaders to save them. See the recent article in the Sun-Times:


The chairman of the City Council’s Finance Committee acknowledged Wednesday that Police Supt. Garry McCarthy could “unilaterally close police stations” without City Council approval and said Chicago’s financial crisis is “so dire” that the closings must be considered.
Politically, Mayor Rahm Emanuel needs aldermanic support if he hopes to sell residents on the idea that closing neighborhood police stations will not make them less safe.
Governmentally, it’s another story, according to Finance Committee Chairman Edward M. Burke (14th).
“”The police superintendent could unilaterally make the decision to close police stations. I don’t know that the City Council would play a role in that,” Burke told reporters after addressing a group of students in the City Council chambers.
Pressed on whether he could support such a move, Burke said, “The financial challenges of the city are so dire that nothing can be taken off the table. ... Everything has to be considered.”
Former Mayor Richard M. Daley once embraced a consultant’s proposal to close seven police stations to free 400 officers for community policing, only to abandon the idea and start building new police stations. Daley viewed police stations as community centers and anchors for neighborhood development.
On Wednesday, Burke shot down that notion.
“I don’t see the citizens going to the police station to have cake and coffee. They go there to report a crime. But, most of the reporting of crime is by telephone or other means,” he said.
The Chicago Sun-Times reported this week that McCarthy is exploring the politically volatile idea of closing district police stations to save millions and free scores of officers for street duty.
McCarthy is under the gun to cut at least $190 million from the Police Department’s $1.3 billion-a-year budget. He is under further pressure to put more police officers on beat patrol at a time when the city cannot afford to hire more officers.
Sources said fire station and library closings are also on the table as Emanuel struggles to erase the city’s $635.7 million shortfall without raising taxes, cutting police or using one-time revenues. That’s even though Daley’s building spree also included libraries and fire stations.
Asked Wednesday if Chicago has too many firefighters and paramedics, Burke harkened back to what happened in 1980 when then-Mayor Jane Byrne tried to take on the firefighters union.
“That would go down in the history books as one of the great political conflagrations of our history,” Burke said, referring to the bitter firefighters strike.
at September 26, 2011