Sorry, the only thing worse than Mayor Beetlejuice would be a Mayor Vallas

Is this guy running again? 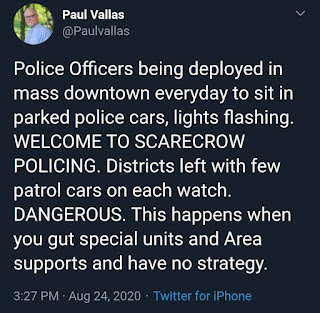 The guy really gets into telling you how dumb you are and how smart he is. WTF.

I hate it when women fight 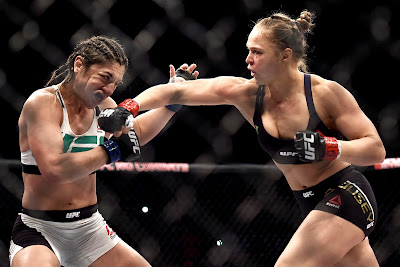 Mayoral campaign ended nearly five months ago — but Lightfoot-Preckwinkle battle rages on
Lightfoot ripped into Preckwinkle for rebuffing her efforts to work together, saying “a lot of that is up to her.” But Preckwinkle fired back that she has sought to meet with Lightfoot and her top cop to discuss Chicago’s street violence, but to no avail. 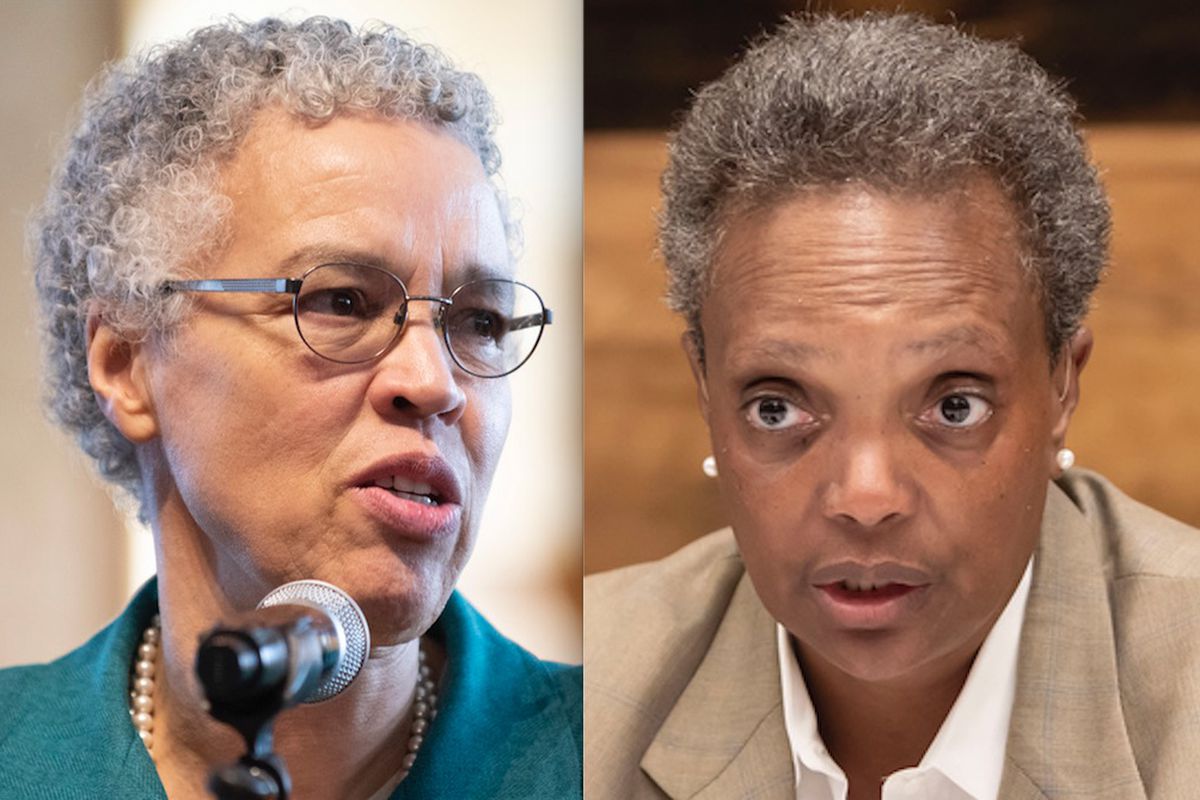 Now is the time.....Jerry Joyce for Cook County State's Attorney

This is getting old already

The mayor should be more concerned about the carnage last weekend, when 5 people died and 38 people were wounded.  What is she doing about that?

Lightfoot: Letter being sent to ask Ald. Burke to resign

CHICAGO (AP) - The new mayor of Chicago who has promised to rid City Hall of corruption said Friday that her office would be sending a letter to a longtime alderman asking him to step down amid federal charges.

Mayor Lori Lightfoot's comments followed her less formal request Thursday for Alderman Edward M. Burke to resign. She questions whether the 50-year veteran of the City Council, one of the most powerful and longest-serving aldermen in Chicago's history, can effectively represent his ward while under indictment on racketeering and other charges.

"No one can serve with integrity and deliver to his constituents with these types of allegations hovering over him," Lightfoot said at a news conference Friday. "We have got to set the standard, which is why I believe it's important for Alderman Burke to resign. We will be sending him a letter ... to memorialize that request."

Also, I don't like the mayor repeatedly kicking a man when he is down. In this country, defendants are given an opportunity to defend themselves before being punished. Enough of this lynch mob mentality.

Was any of this necessary?

It’s not the first time Lightfoot has squared off against her political nemesis. But now, the tables have turned.
By Fran Spielman  May 29, 2019, 1:09pm CDT
SHARE
Mayor Lori Lightfoot didn’t just survive the first test of her City Council muscle.
She humiliated and obliterated her political arch-rival in the process. And it was
Read more »
at May 30, 2019 4 comments: 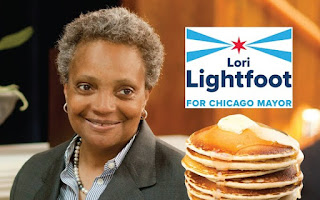 With the lowest voter turnout in recent memory - 30%?

Why Toni the Taxer got her ass kicked so bad? 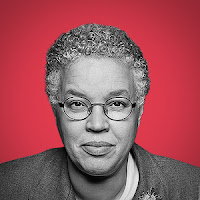 repudiated
That's it. Any one of those items are fatal to a political career. She was playing with dynamite all along and not one of her highly-paid advisors would tell her.

The only issue remaining is does she resign now or try to complete her term as president of the Cook County Board? She won't complete the term as she has a problem. You read it here.
at April 03, 2019 1 comment: 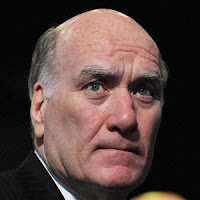 There seems to be more BS coming from Bill Daley, intended to blame Jerry Joyce for the Daley loss. I want to lay out the reasons Bill Daley lost. Hopefully, this will be the end of it.

Deadbeat or Negligent? It's one or the other.

Why was Lightfoot hit with liens for unpaid taxes? We need a better explanation

Mayoral hopeful Lori Lightfoot, who could be responsible for the city budget’s billions, has had two tax liens filed against her in two different states.

It raises a few questions.

One was in California and the other in Illinois.

It may sound petty to some, but not to others.

Her critics may wonder how does someone of her means not pay her taxes? Or how can we expect her to handle a budget of billions of dollars — not only when she has no experience doing so — but has also had tax liens — albeit small ones — placed against her for her own personal taxes?

If she can’t stay on top of a relatively small amount of money, how will she handle the city budget?

Here is the response from Lightfoot’s campaign spokesman, Nadia Perl:

“Both debts have been repaid. Several years ago, Lightfoot contested the amount owed to the California Franchise Tax Board, so the payment was delayed.

“The lien resulted from the delay. The two sides agreed to a resolution and Lightfoot paid what she owed.”

As for the more recent lien, Perl said:

Perl did not respond to followup questions seeking more details on how both debts got to the point that liens were filed.

I don’t doubt that she paid the debts eventually. But the whole reason tax liens are filed in the first place is that her taxes weren’t paid in a timely fashion.


Lori Lightfoot’s effort to expand her base beyond the North Side and north lakefront into white ethnic neighborhoods dominated by police officers and firefighters took a giant step forward Thursday with the endorsement of 19th Ward Committeeman Matt O’Shea.

On Feb. 26, the 19th Ward led the city with a 55.8 percent turnout that was 20 percentage points higher than the city at large. Mayoral candidate Jerry Joyce came roaring out of that ward — where he lives — with 9,098 votes. Bill Daley was a distant second with 2,087 votes. Lightfoot finished fourth with 1,702 votes, just ahead of Toni Preckwinkle at 1,629.

Now Ald. O’Shea is endorsing Lightfoot, setting the stage for Joyce to do the same. Sources said
Read more »
at March 15, 2019 10 comments:

Former U.S. Rep. Aaron Schock, R-Ill., speaks to reporters at the Dirksen Federal Courthouse in Chicago on Wednesday morning,. He agreed to repay tens of thousands of dollars in taxes and to campaign committees in exchange for prosecutors dismissing his felony corruption case. | Ashlee Rezin/Chicago Sun-Times By Fran Spielman
Toni Preckwinkle on Thursday pointed to the stunning deal that likely will end the

Hey Bill, it's time to put your big boy pants on.

I saw todays Tribune article, written at Bill Daley's behest, blaming Joyce for being a spoiler and suggesting Joyce ran only for the purpose of splitting the ethnic vote.
Memo to Bill Daley, its time to put your big boy pants on. You ran a bad campaign. You failed to show up at many debates and even stopped running TV ads with 5 days to go. You didn't even try to work things out with Joyce because.........you're a Daley or is it because you have an arrogant opinion of yourself.

Either way, look in the mirror and blame yourself. Your campaign was shit.

It's Lightfoot vs. Preckwinkle in April 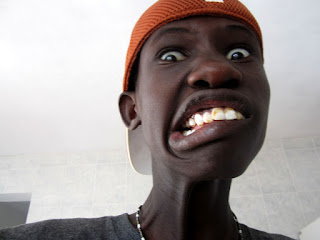 Has an advanced understanding of what it takes to restore law and order.