Men saying “no thanks” to college

The proportion of men on college campuses is dropping.  They are recognizing that in many cases, the college they are attending is offering an inferior product. In other words, the college is in reality, a money grabbing scam. 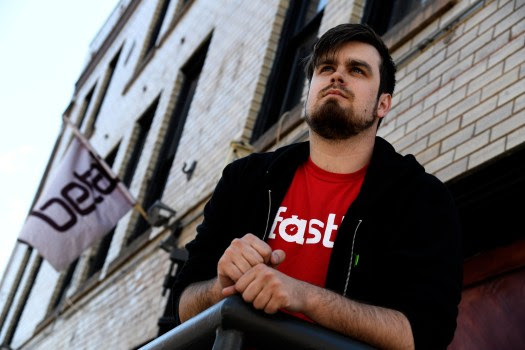 John Leyba, The Denver PostAdam Stark poses for a portrait outside Beta Night Club on June 2, 2017 where he DJs in Denver. Adam dropped out of Metro after a year and half to pursue a career in music production.

John Maxwell is curious about the world and freely shares, in casual conversation, tidbits of English history. Yet he says he’ll never again set foot in a college classroom.

“I consider myself mostly self-taught and I just believe I should cut my own path in life,” said the 24-year-old Maxwell, who dropped out of Littleton’s Araphoe Community College after one semester.

Maxwell said he didn’t want to waste his parents’ money on college work that held little or no interest to him.

Email ThisBlogThis!Share to TwitterShare to FacebookShare to Pinterest
Labels: Manhood

Email ThisBlogThis!Share to TwitterShare to FacebookShare to Pinterest
Labels: Manhood

Time to Man Up 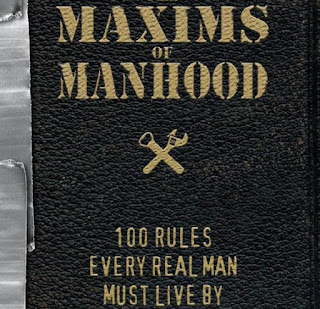 One of the primary reasons why Donald Trump is in the White House today is because he didn’t act like a typical wimpy politician during the campaign.

The American people were hungry for someone who is strong, someone who is a fighter and someone who will stand up for what he believes. In other words, they wanted a man and not a wimp. Yes, Donald Trump has done and said some things that are very regrettable over the years, but many Americans were willing to overlook those imperfections because at least he was willing to go to battle. Now that he is president, will he inspire millions of other men to finally start acting like men again?

Too many men today would rather go to the spa than pick up a shovel.


Too many men today speak of the need for “safe spaces” and “trigger warnings”.

Too many men today are living in a state of suspended adolescence and are putting off marriage and family indefinitely.

Too many men today are more likely to be called a “snowflake” rather than a “warrior”.

In an absolutely remarkable article that was published earlier this week, author Todd Starnes made some keen observations about modern “men”. The following is a short excerpt…


In today’s reengineered version of manhood, guys no longer have friends – they have bromances and they settle disputes by hugging it out.

Men’s magazines are now filled with articles like, “Should a Man Show Nipple?” and “What Men Know about Wearing Eyeliner.”

In America today, boys generally don’t do as well as girls in school. And young women are far more likely to go to college than young men. In fact, we have almost gotten to the point where 60 percent of the students in our colleges are women.

And when they leave school, young men are far more likely to move back in with their parents than young women are. In a previous article, I noted that the percentage of Americans in the 18 to 34-year-old age bracket that are living with their parents is now the highest that it has been in 75 years. If young men were living independently at the same rate that young women are, this crisis wouldn’t even exist.

And the truth is that young women are looking for young men that are willing to be independent. A few years ago, Todd Starnes “conducted an unscientific poll to determine what the average American woman looks for in a man”, and this is what he discovered…

3. Uses the bathroom standing up;

5. And is willing to carry them out of a burning building.

In other words — they want the kind of man made in God’s image — not the image of some effeminate intellectual stuffed in skinny jeans sipping chai tea with his pinky finger extended.

And a more scientific survey that was conducted a few years ago found that 75 percent of all American women do not have any interest in dating unemployed men.

Women want men that will love them, protect them and provide for them.

Unfortunately, those kinds of men are being systematically demonized in our society today. To the liberal mind, the “traditional man” has come to represent “male oppression” that must be eradicated at all cost.

For example, one very prominent feminist blogger has actually called for the eradication of all men…


A controversial video blogger has suffered a social media backlash after a video of her suggesting that the male species be wiped out – including babies – re-surfaced.

US vlogger Jenny McDermott, 33, made the bizarre ‘kill all men’ content in July last year and posted it on her YouTube channel.

The 33-year-old, who’s Twitter bio describes her as a secular humanist and trans loving feminist, rants in the short video that she’s ‘sick of being a baby factory that produces more men, that in the future will subjugate me.’

Someone might want to tell her that the human race would cease to exist without men, because apparently she hasn’t thought that far ahead.

But while McDermott may be on the outer fringe, the truth is that she is just a very small part of a very powerful “anti-male” movement in this country.

If you can believe it, at this point even some divinity schools are telling their professors not to use male pronouns for God…


Two prominent divinity schools have instructed their professors to use gender-neutral language when referring to God.

According to National Review, the divinity schools at Duke and Vanderbilt Universities have told their faculty to give “consistent attention to the use of inclusive language, especially in relation to the Divine,” in an effort to be more “inclusive” and to “mitigate sexism.”

Of course if men want to be respected, they need to start acting like gentlemen instead of like deranged animals.

That is not how men are supposed to behave.

A gentleman is self-controlled, patient, strong, temperate and willing to make sacrifices for others.

But how many men could be described that way today?

In the old days, men dedicated themselves to God, family and country, but today many men appear to be self-obsessed narcissists that are constantly chasing whatever they think will make them feel good in the moment.

If we want to make America great again, then men (and women) need to start dedicating themselves to becoming great again on an individual level.

So ultimately the fate of this nation is not going to be determined by any politician.

Rather, the fate of this nation is going to be decided by what goes on inside our own hearts.