Domers will be jumping out of windows this morning

LSU Tigers hire Brian Kelly away from Notre Dame, to be next coach !

They wouldn't give him more money!

It’s a stunning move by one of the most accomplished coaches in college football jumping from the sport’s most storied program to an SEC powerhouse. 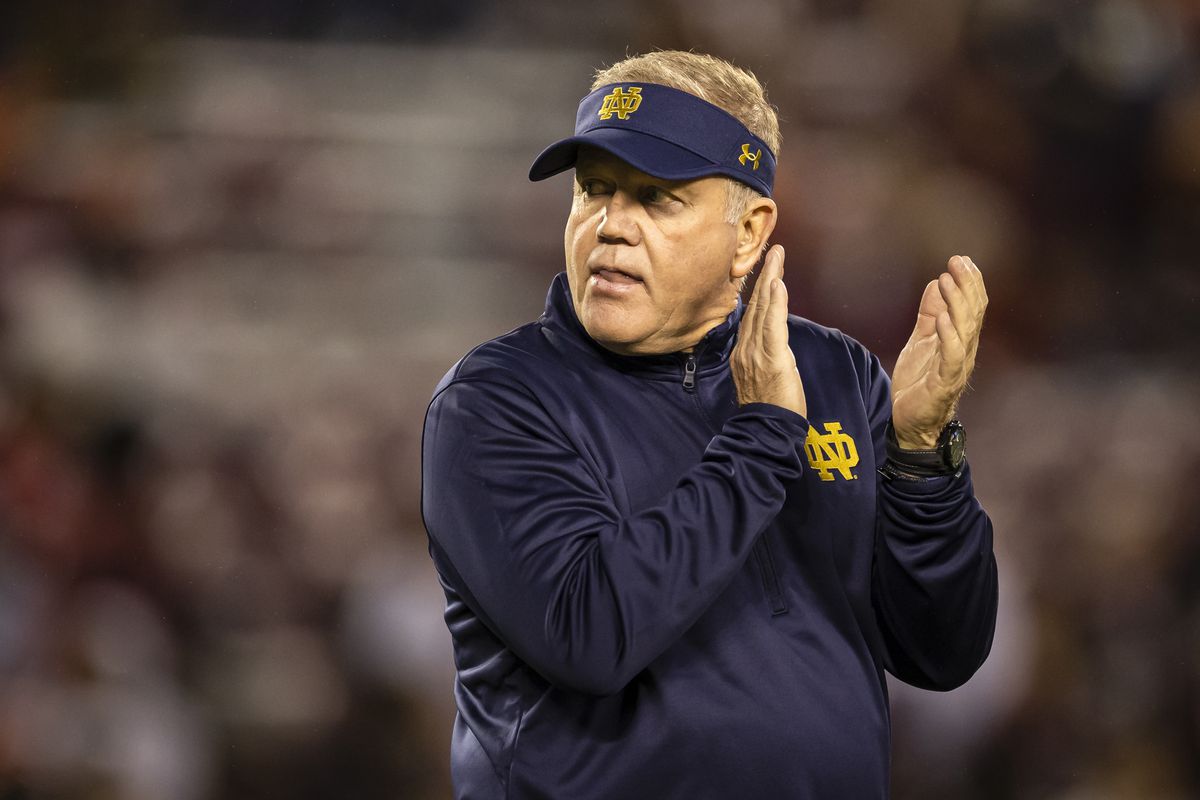 
LSU is hiring Brian Kelly away from Notre Dame, a stunning move by one of the most accomplished coaches in college football, jumping from the sport’s most storied program to an SEC powerhouse.

A person familiar with the decision told the Associated Press on Monday night that Kelly was leaving Notre Dame for LSU. The person spoke on condition of anonymity because neither school was prepared to make an official announcement. Yahoo! Sports first reported the move.

It was the second bombshell in college football in as many days, coming a little more than 24 hours after USC lured Lincoln Riley away from Oklahoma. LSU might have topped it by landing Kelly, whom CBS Sports said agreed to a five-year deal worth $75 million.

In a message to his players obtained by The Athletic, Kelly said he was leaving Notre Dame and would meet the team at 7 a.m. Tuesday. He also apologized that the players found out through news and social-media reports.

The 60-year-old Kelly became the winningest coach in Notre Dame history this season, surpassing Knute Rockne. In 12 seasons with the Fighting Irish, Kelly is 113-40, including the current run of five consecutive double-digit victory seasons.

Notre Dame just completed an 11-1 season Saturday and still is in contention to reach the College Football Playoff for the third time in the last four years.

LSU’s coaching search started in October, when it reached an agreement to part ways with Ed Orgeron at the end of the season. The change came less than two years after “Coach O” led the Tigers to a national championship.

Riley was one of the hottest commodities in college football over five years, leading the Sooners to three playoff appearances. He was being introduced at roughly the same time that news of the LSU hire began to circulate.

Kelly is agreeing to take over the Tigers just a few weeks after he publicly had dismissed the idea of moving on when asked about possibly being a candidate at USC.

“No. I mean, look, I think Mike Tomlin had the best line, right?” Kelly told reporters, referring to the Steelers coach. “Unless that fairy godmother comes by with that $250 million check, my wife would want to take a look at it first. I’d have to run it by her.”

Orgeron was due to make an average of $7 million over the length of his contract but agreed to a $16.9 million buyout paid through 2025.

Kelly’s full salary at Notre Dame, a private school, is unknown but it is believed to be north of $5 million per year.

In the past month alone, Michigan State has given Mel Tucker a 10-year, $95 million deal and Penn State extended James Franklin’s contact to 10 years at $7.5 million per season. Those deals are similar to the 10-year guaranteed contract Fisher received from A&M when he was hired away from Florida State at the end of the 2017 season.

Kelly is likely to be next in line for a megadeal.

Fisher’s move — a national championship-winning coach leaving for another traditional power — was a rarity in college football.

Now there have have two similar shake ups in a matter of days. The coaching carousel, sped up by everything from impatient athletic directors seeking a winner to the early signing period for recruits and the always-busy transfer portal, won’t slow down any time soon. Oklahoma and Notre Dame are still among the top jobs in college football and filling them could tip more dominos around the country.

Kelly had brought stability and success to Notre Dame unlike the program had in almost two decades.

He has not been able to add a national championship, but the Fighting Irish have been winning at a clip they haven’t reached since Lou Holtz led the program in the late 1980s and early 1990s. The Irish won their last national title in 1988 under Holtz.

Notre Dame hired Kelly away from Cincinnati to replace Charlie Weis after the 2009 season. It took a while for Kelly to find the right mix of coaching staff and recruiting strategy to turn the Irish into the perennial contenders. Since going 4-8 in 2016, the Irish are 54-9 under Kelly — virtually the same as the 55-10 record of Riley at Oklahoma.

At LSU, Kelly will follow Orgeron, who was a shooting star in Baton Rouge. The Cajun coach who grew up on the Bayou Lafourche and considered LSU his dream job won over skeptical fans and led one of the great college football teams in recent memory: The Tigers won the ‘19 national title, going 15-0 behind Heisman Trophy winner Joe Burrow.

LSU is not a place where only coaches with Southern roots can thrive. Les Miles was a Michigan man who coached at Oklahoma State before leading the Tigers to a national title. Saban, a West Virginia native, came from Michigan State to win a national championship at LSU.

Kelly, an Irish-Catholic Bostonian, has won national titles, too — at Division II Grand Valley State. He worked his way up from there to Central Michigan and then to Cincinnati, always winning more than the coaches who preceded him.

He did the same thing at Notre Dame, but the national championship has eluded him. As good as the Fighting Irish have been, they have been outclassed in two playoff games and a BCS tilte game against Alabama in the 2012 season.

Kelly will now try to fill the last remaining hole on his Hall of Fame resume at LSU, a school that has turned its last three coaches into national champions.