Now that everyone has taken the rap, I am wondering if Rocky Wirtz knew anything

There’s plenty of disgrace to go around, but Quenneville will carry an extra-large share. He had the stature to stand up to John McDonough or anyone else and raise his voice so there was no mistaking it.
By Steve Greenberg@SLGreenberg Updated Oct 29, 2021, 12:12am CDT 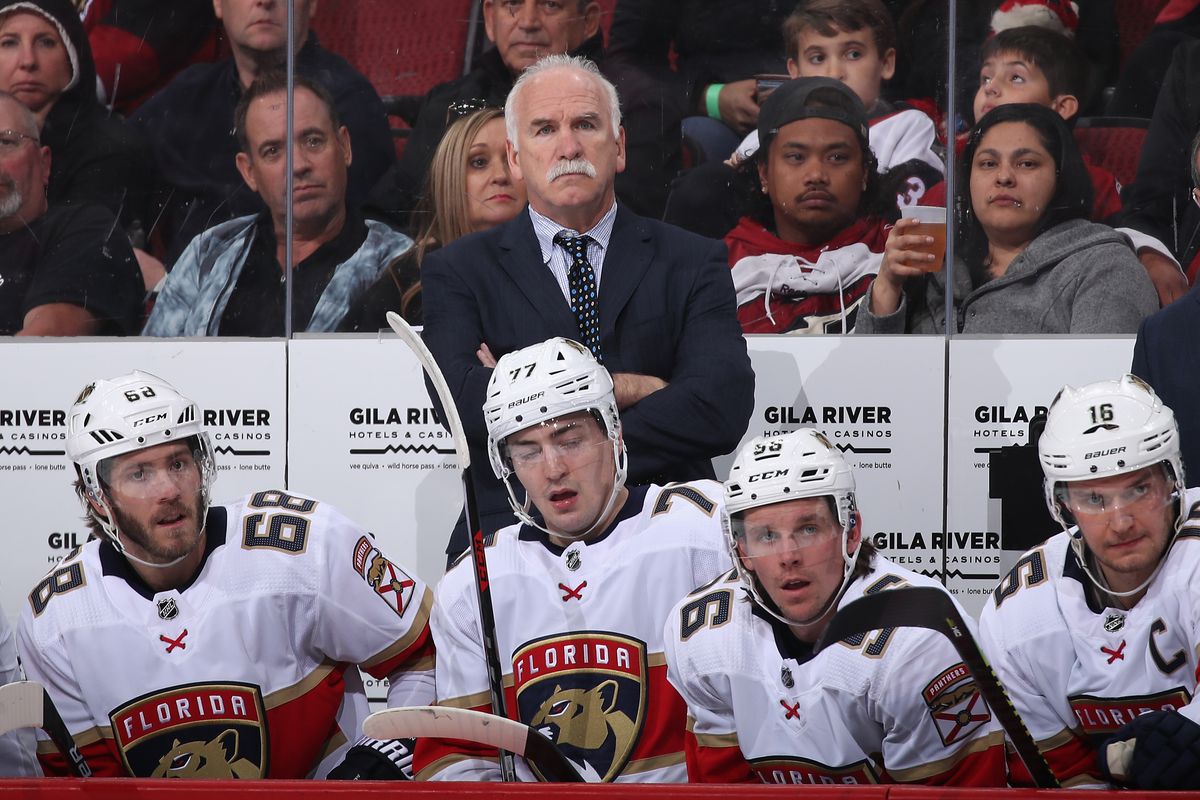 Joel Quenneville is out as coach of the Panthers. Christian Petersen/Getty Images


Joel Quenneville is 31 victories shy of going where only one NHL coach has gone before. Ironically, that coach was Scotty Bowman, whose son, Stan, stepped down as Blackhawks general manager Tuesday amid a sexual-assault scandal that has rocked the organization and outraged the public. The elder Bowman worked for the Hawks, too, when former video coach Brad Aldrich allegedly assaulted then-prospect Kyle Beach in 2010 and the Hawks, according to an independent investigation conducted by Chicago law firm Jenner & Block, failed to take appropriate action in what amounted to a cover-up.

Never has the titanic No. 1,000 looked so small and inconsequential as it does as Quenneville closes in on it. Here’s hoping he never gets there. Here’s hoping the coach known as “Q” remains stuck on 969 — with an asterisk for a grave, inexcusable failure — forever.

The three-time Stanley Cup winner with the Hawks has the résumé of a living legend but, after a damning investigation, a Q rating that has never been lower. This won’t soon change after it was revealed that he met privately with then-president John McDonough, Stan Bowman, assistant GM Kevin Cheveldayoff and other team executives after the Western Conference finals in 2010 and prioritized focusing on a title chase above protecting a 20-year-old player — and potentially others — by cutting off Aldrich from the team while dutifully confronting the allegations against him.

The rumors and reports that began to swirl Thursday were later confirmed: Quenneville resigned as coach of the Panthers.

Fans here once loved Quenneville — revered him — for his stoic, no-nonsense, unflappable ways. No matter what swirled around him and a star-studded team that blew up into a dynasty, Quenneville was all about the next game, the next practice, the next shift. Throw in a famous mustache, and he was a distinctly impressive figure who always seemed to give the Hawks an edge. But if all that led to his success, it also seems to have led to his defining failure.

That failure continued Wednesday, when Quenneville inexplicably was allowed to coach his unbeaten Panthers and collect “W” No. 969. A day later, he was in New York meeting with NHL commissioner Gary Bettman. Cheveldayoff, now GM of the Jets, was to meet with Bettman on Friday.

Public reaction to Quenneville coaching Wednesday was swift and severe: What were the Panthers and the NHL thinking? But an equally relevant question: Why didn’t Quenneville himself think better of it?

Call it a simple Q&A, and the answer is that’s just who he is. And who, it turns out, he isn’t.

Meanwhile, the tide of public opinion seems to have turned entirely against an organization that watched Beach come and — deeply damaged, if not broken — go. Franchise icons Jonathan Toews and Patrick Kane are among those who are being shredded on social media. That itself is an interesting thing to think about and a complicated thing to talk about honestly.

It’s clear that Toews and Kane — the only players still active from that 2010 Cup run — didn’t actively stand for an assaulted teammate or against a predator in the building. But it’s unclear how much they knew and when they knew it. It’s also true that Toews was 22 and Kane 21 at the time of Beach’s alleged assault, and it’s just not intellectually honest to suggest that’s irrelevant.

“I thought what I’d heard,” Toews said Wednesday, “was the beginning and the end of it. … I thought Brad being let go or resigning from the organization was the way that it was dealt with.”

A 33-year-old player, as Toews is now, might have more maturity, wisdom and perspective to bring to bear. Quenneville, on the other hand, was 51 — a 500-game winner who’d taken 11 teams in three NHL cities to the playoffs — when he decided, the investigation found, to keep his Cup-focused blinders on. For a man with teenagers at home at the time, there seemingly was no instinct to protect players young enough to be his own sons.

Worse still, Quenneville appears to have lied about what he knew and when he knew it. He told the AP in July of this year — after Beach filed a lawsuit against the Hawks — that he’d “first learned of these allegations through the media earlier this summer.”

The investigation concluded Quenneville was well informed in 2010. Beach told Canadian network TSN this week there was “absolutely no way [Quenneville could] deny knowing it.”

There’s plenty of disgrace to go around, but Quenneville will carry an extra-large share. He was the coach. He had the stature to stand up to McDonough or anyone else and raise his voice so there was no mistaking it.

“If I see Aldrich within 50 rinks of one of my players ever again, every one of you will regret it,” is the sort of thing Quenneville might find himself wishing he had said.

But he didn’t, so here’s a piece of advice — call it a Q tip — for a coach who utterly blew it:

Email ThisBlogThis!Share to TwitterShare to FacebookShare to Pinterest
Labels: Consider this