In reality, a sheep in Air Force clothing

Self-Promoter & Tough Guy Adam Kinzinger: A profile in courage in a time of cowardice

The congressman says he understands the fear that grips his fellow Republicans. But this is the job he signed up for.
By Phil Kadner Aug 3, 2021, 9:09am CDT 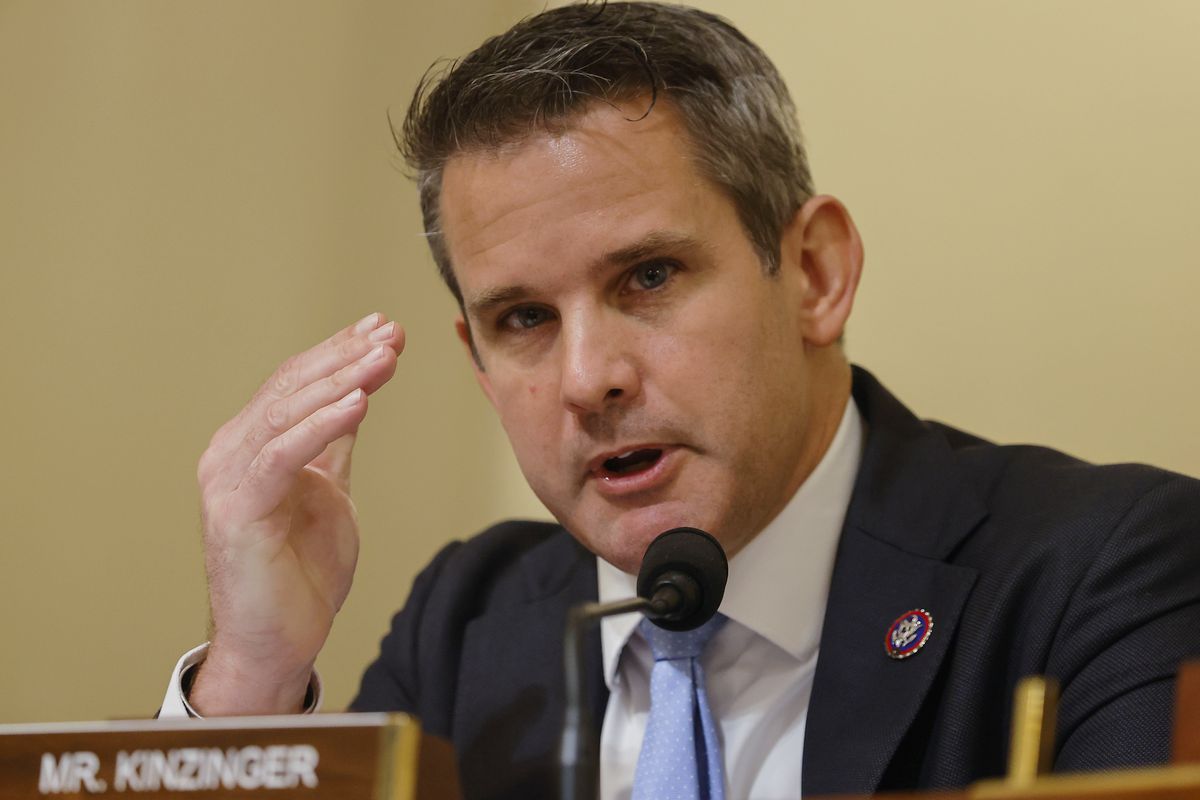 
Maybe you sometimes ponder what it means to have courage.

Could you do the right thing if called upon? Stand up to colleagues if you saw them doing something wrong? Risk alienating your friends and family to do what it was right when everyone else was being rewarded for going along with the crowd?

Would your inner moral compass work if True North suddenly disappeared and the very ground beneath your feet underwent a seismic shift?

U.S. Rep. Adam Kinzinger, a Republican congressman from Illinois’ 16th District, was one of 10 Republicans who voted to impeach Donald Trump, and he has now accepted an appointment by Democratic House Speaker Nancy Pelosi to the select committee investigating the Jan. 6 attack on the U.S. capitol.

That makes him a very lonely man. He is one of only two Republicans on the panel, the other being Liz Cheney, who was removed from her Republican leadership post in the House because she dared speak the truth, that Trump and his followers are a threat to democracy.

As for Kinzinger, when House Minority Leader Kevin McCarthy warned Republicans that they’d risk losing the rest of their committee assignments if they accepted an offer from Pelosi to serve on the select committee, here’s what he had to say:

“Let me be clear, I’m a Republican dedicated to conservative values,” Kinzinger said. “But I swore an oath to uphold and defend the Constitution — and while this is not the position I expected to be in or sought out, when duty calls, I will always answer.”

Kinzinger has called out Trump for the big lie about voter fraud in the presidential election and called on his fellow Republicans to stand up for democracy and the Constitution.

So now Kinzinger finds himself at odds with his family and friends, members of his own political party and neighbors who have supported him since he first ran for Congress in 2009.

And, of course, he is being targeted by Trump’s millions of fanatical supporters throughout the country.

Kinzinger, 43, a graduate of Illinois State University, joined the United States Air Force and flew missions in Iraq and Afghanistan. He currently serves as a lieutenant colonel in the Air National Guard.

I first met him in 2009 when he was only 31 and one of five Republicans vying for a chance to run for Congress against Democrat Debbie Halvorson.

It was during an editorial board interview at the Daily Southtown, where I worked at the time, and the other four GOP candidates were older men who hated Nancy Pelosi. Well, maybe hated is too strong a word. But they made it clear they despised her and wanted voters to know they believed she was some sort of demon out to destroy all that was good about America.

Kinzinger was different. He said he had come back from Iraq and Afghanistan with a different view of the country. People in the military of different races, different economic backgrounds and different religious faiths had all worked together for one end. Their purpose was to achieve a mission, to succeed, and politics didn’t matter. He would try to work with Pelosi.

That’s what he wanted to bring to Washington, unity for the good of the country.

Kinzinger’s older opponents questioned his commitment to Republican values. But he calmly stood his ground. Something had to change in America, he said, if the democracy was going to survive.

I was impressed, and the newspaper endorsed him.

There were times since then that I had my doubts. No more.

Kinzinger has said he understands the fear that grips his colleagues in the Republican Party who refuse to speak out against the Trump fanatics, but this is the job he signed up for when he took the oath of office. He is defending his country and the Constitution no matter the personal cost.

That is a profile in courage, no matter your political party.