How can anybody believe anything this company says?

An Exelon spokesman said the company remains hopeful that “clean energy legislation will pass in time for us to reverse these actions,” but they must move toward shuttering the plants. One lawmaker said the action was expected. “I’m not sure it changes anything,”
By Rachel Hinton Updated Jul 28, 2021, 6:37pm CDT 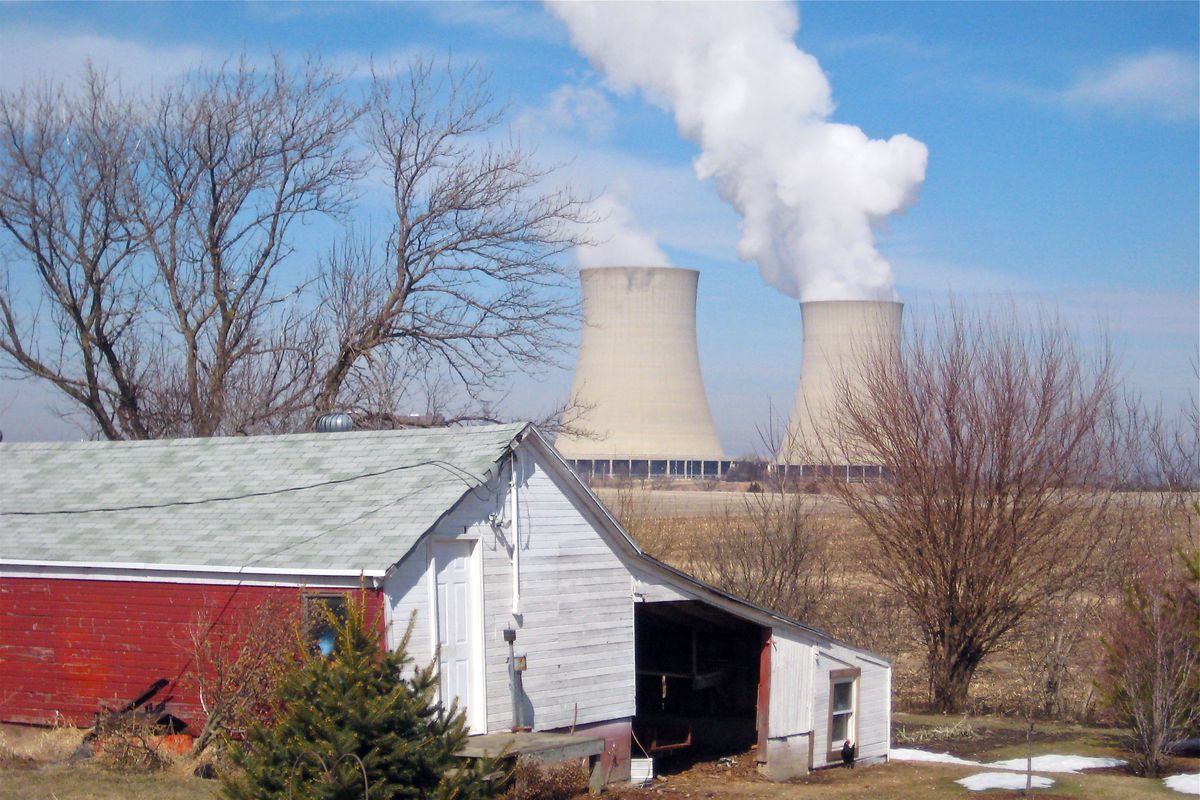 
Citing the lack of a deal on clean energy legislation, Exelon Generation plans to file decommissioning plans for its Byron and Dresden nuclear power plants.

The filings, which company officials said they plan to submit to the Nuclear Regulatory Commission, are among the final steps in retiring the plants, which have been in operation for decade.

Byron would close in September, followed by Dresden in November.

legislation will pass in time for us to reverse these actions,” they must proceed with taking the steps to shut down the plants.

One key lawmaker who has worked on the energy bill said Exelon’s Wednesday announcement aligns with the timeline the firm laid out earlier this year for closure of the plants.

“I’m not sure it changes anything,” said state Sen. Bill Cunningham, D-Chicago. “We’re hopeful that stakeholders are going to continue to work through the rest of the summer, reaching an agreement that will lead to the drafting and passage of an omnibus energy bill, and that desire existed before Exelon put out that statement today, and it will exist tomorrow as well.” 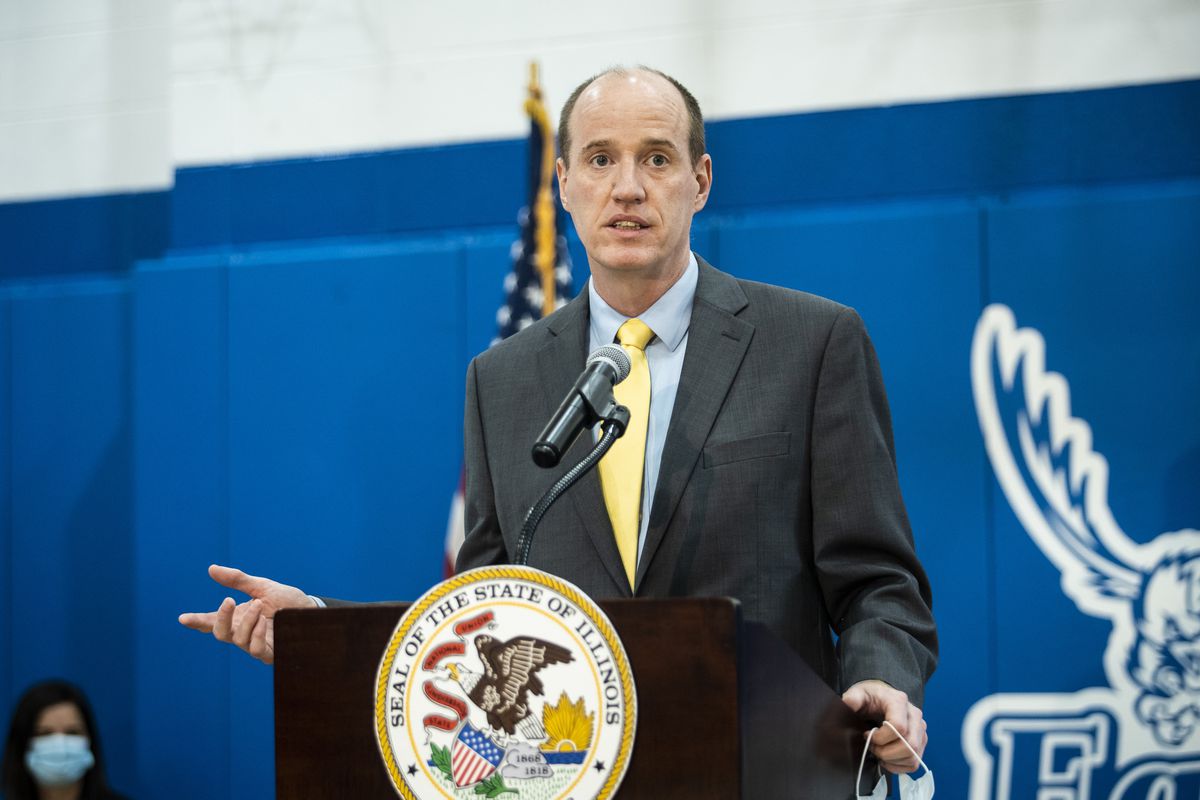 In the announcement of the decision, Exelon officials indicated they also plan to issue job reduction notices to employees. Staffing at the energy plant hovered around 1,500 people when plans to retire the facilities were announced last August. That figure could drop as low as 30 to 40 employees over the next 10 years.

“With no signs of a breakthrough on clean energy legislation in Springfield, we have no choice but to take these final steps in preparation for shutting down the plants,” Dave Rhoades, Exelon Generation’s chief nuclear officer said in a statement announcing the filings.

“We will never stop fighting for policies to preserve Illinois’ nuclear fleet, knowing that the minute these plants close our customers will experience dirtier air and higher energy costs. But with time running out, we must plan for the future and do everything we can to prepare our employees and the communities they serve for what lies ahead.”

Without legislation, the company could also close its Braidwood and LaSalle nuclear facilities sometime in the “next few years,” according to the company statement.

Asked if the decommissioning plan was announced to put pressure on Springfield to pass legislation, an Exelon spokesman told the Sun-Times that the move was necessary, although the company remains hopeful that the Legislature can still pass a bill. 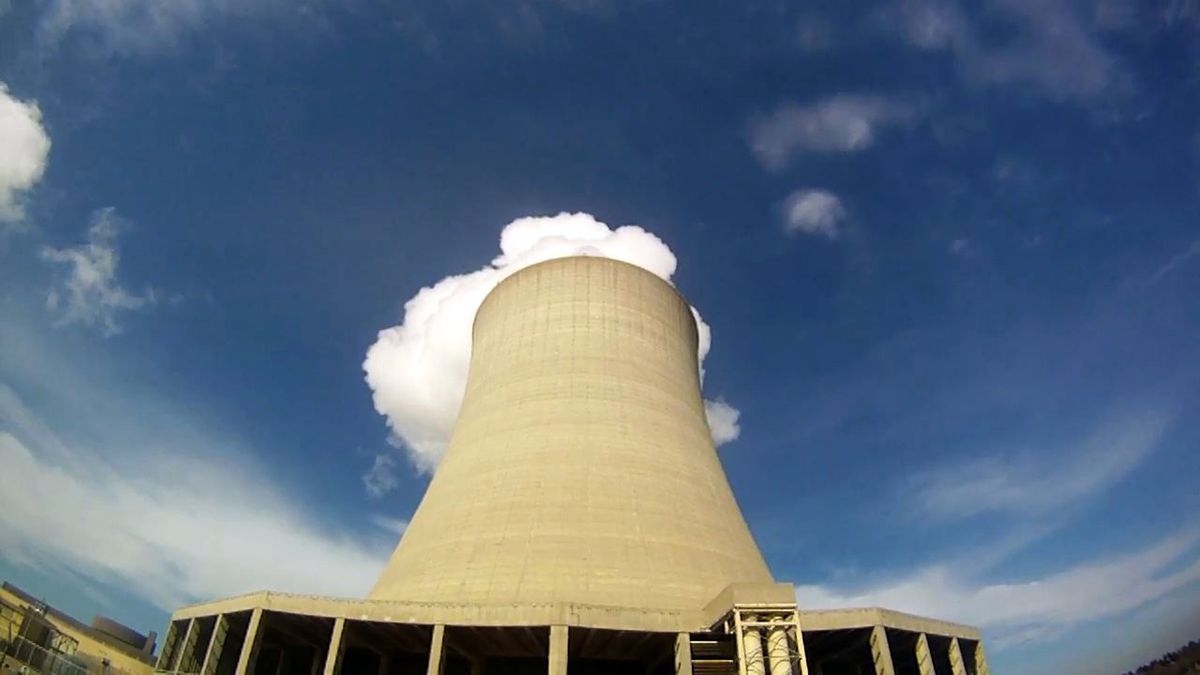 “We understand that lawmakers continue to work on a legislative solution that would preserve Illinois’ nuclear fleet and we remain hopeful that clean energy legislation will pass in time for us to reverse these actions,” Paul Adams, the spokesman said in a statement.

“However, without any certainty that a bill will pass, we must proceed with taking the final steps toward shutting down the plants, and that includes making regulatory filings such as the one we filed today with the NRC.”

The decision is also related to refueling the plants, a “complex” process that costs “tens of millions of dollars, takes weeks and requires over 1,000 outside contractors,” Adams said.

“Whether to shut down or refuel is not a decision that can be made at the last minute, and we are currently just weeks away from Byron’s mid-September retirement date,” Adams said in his statement. 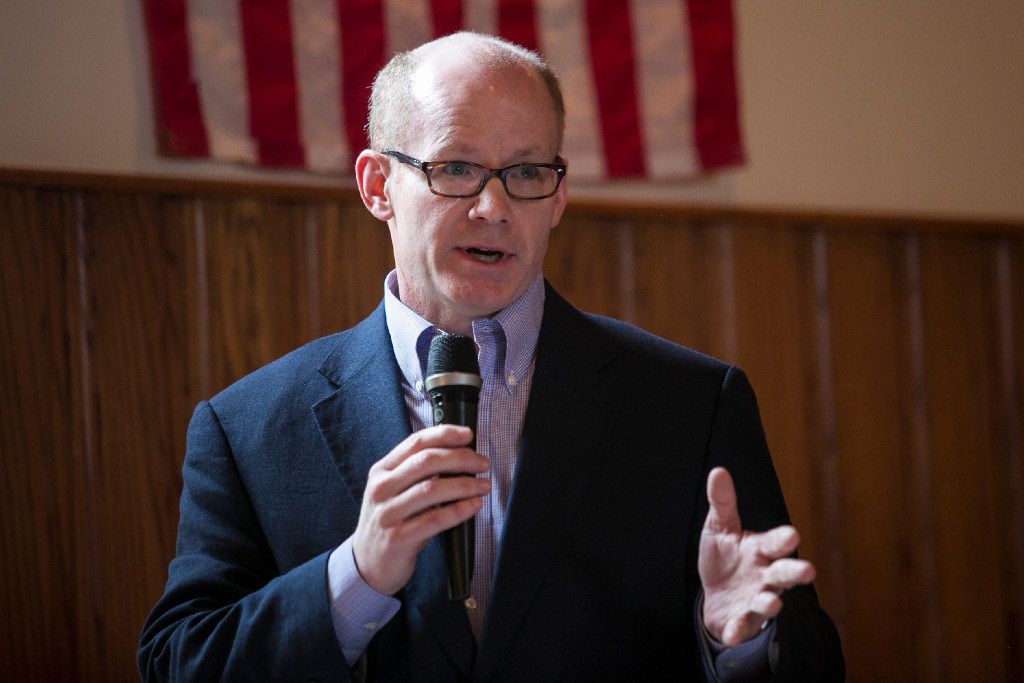 “Talks continue as everyone involved seeks to find the right balance for a future energy plan that is renewable, reliable and affordable,” John Patterson, Harmon’s spokesman, said in a statement. “It’s a complex situation involving thousands of jobs, our climate future and every Illinoisans’ power bill, so clearly we want to get this right.”

A spokeswoman for Gov. J.B. Pritzker said the governor’s office has presented a “comprehensive energy package” that would preserve jobs, put the state on a path to 100% clean energy by 2050 and include ethics reforms.

“The administration would hope the legislature will vote swiftly on this compromise bill that the Governor would sign immediately,” the spokeswoman said in a statement. 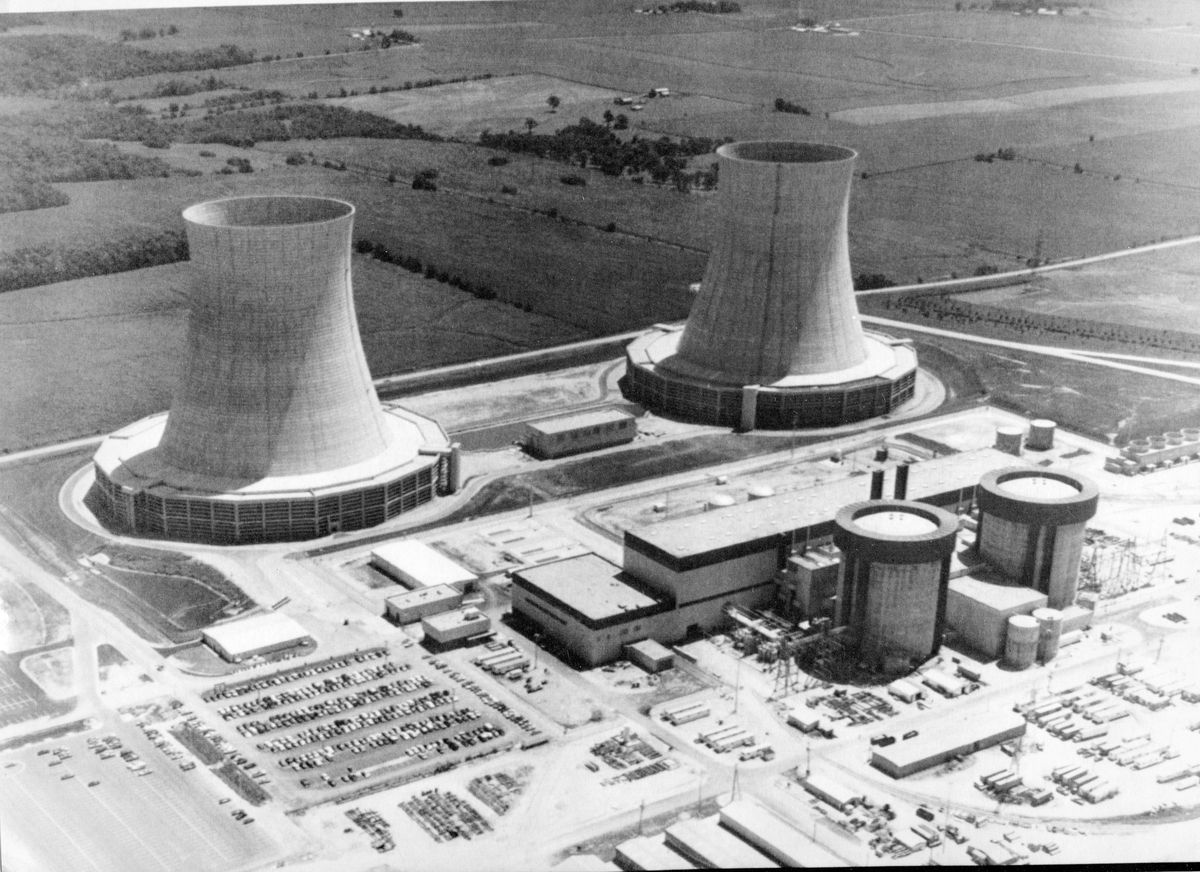 The Bryron nuclear power plant shortly before it opened in 1985. AP file

Cunningham, who has served as a lead negotiator in the state Senate on the energy bill, said most of the talks around the legislation have been between environmental groups and organized labor.

There’s been some progress, “but it is very slow, incremental progress,” the Beverly Democrat said.


RELATED
Pritzker energy plan proposes $694M for Exelon nuclear plants, closing Prairie State coal plant
Lawmakers back to Springfield next week: Elected Chicago school board, energy among bills ‘at the top of our list’
Closing Illinois coal plant would cut pollution but cost some towns that have a stake in it

Cunningham said if the environmentalists and labor reached an agreement, it would be “much easier” to move forward with legislation.

Asked if he expects to be back in Springfield before the General Assembly’s scheduled veto session in October, Cunningham said that depends on whether or not a deal is reached that could get the votes needed to pass. 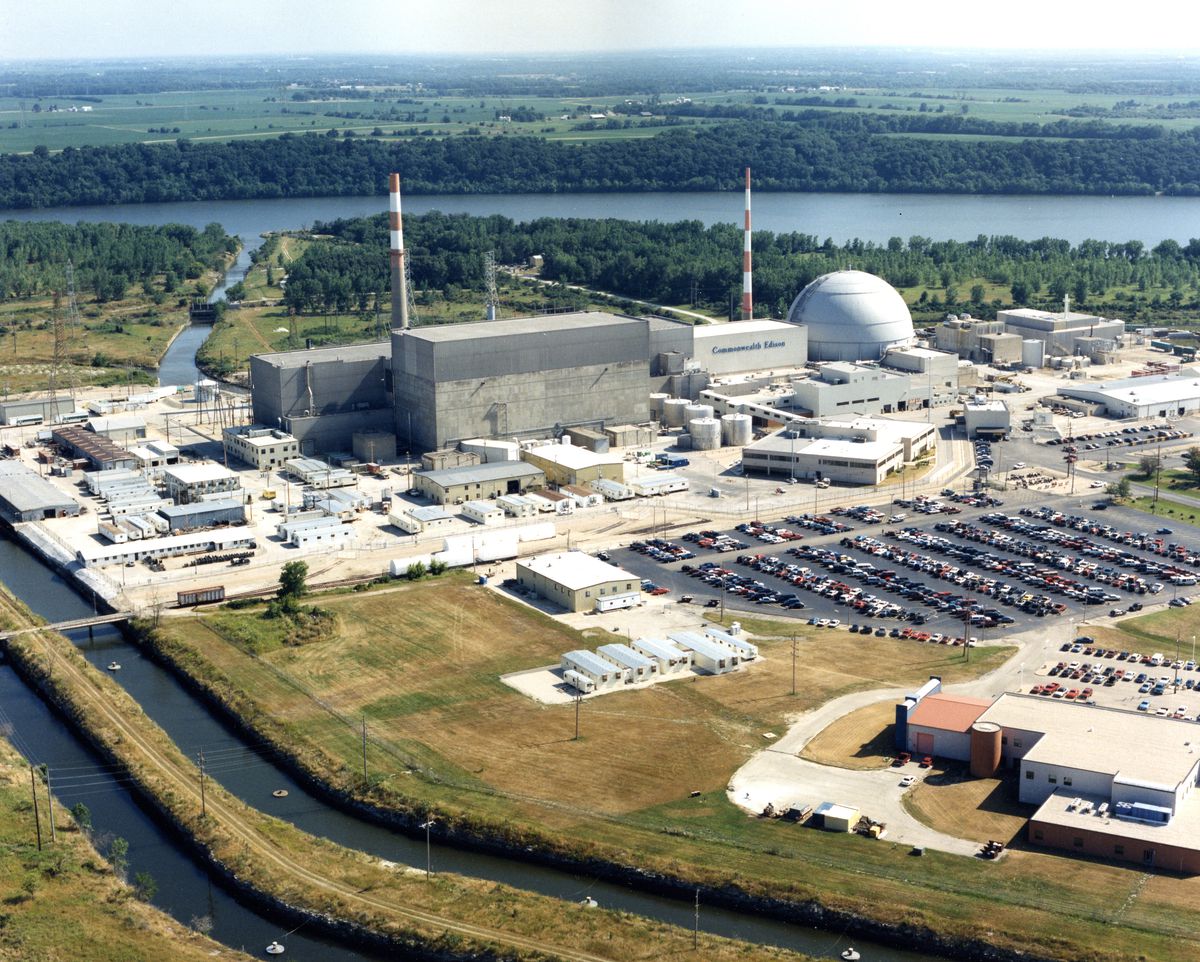 I always wonder how safe these plants are. If we ever have another Three Mile Island, we will be longing for coal.