It's a bluff and a cheap one at that

The ineptness of Bears ownership and management is amazing. But for George Halas, they would all be a bunch of bust outs.

The Arlington Heights deal is transparent for what it is. A feeble attempt at negotiating for something....maybe a domed stadium. If they were serious about AH, mum would be the word. It's all BS.

They signed a deal for Soldier Field and the taxpayers rebuilt it for them. It may not be a good deal for them now, but...... If they want to dig into their pocket a little bit and negotiate in good faith with the city and Park District, I'm sure another arrangement can be derived. A domed stadium like in Arlington, Texas would be a plus for everyone. But the Bears have to play it straight. If they can't or won't, then city leaders need to show them the door and get another franchise, led by competent leadership. 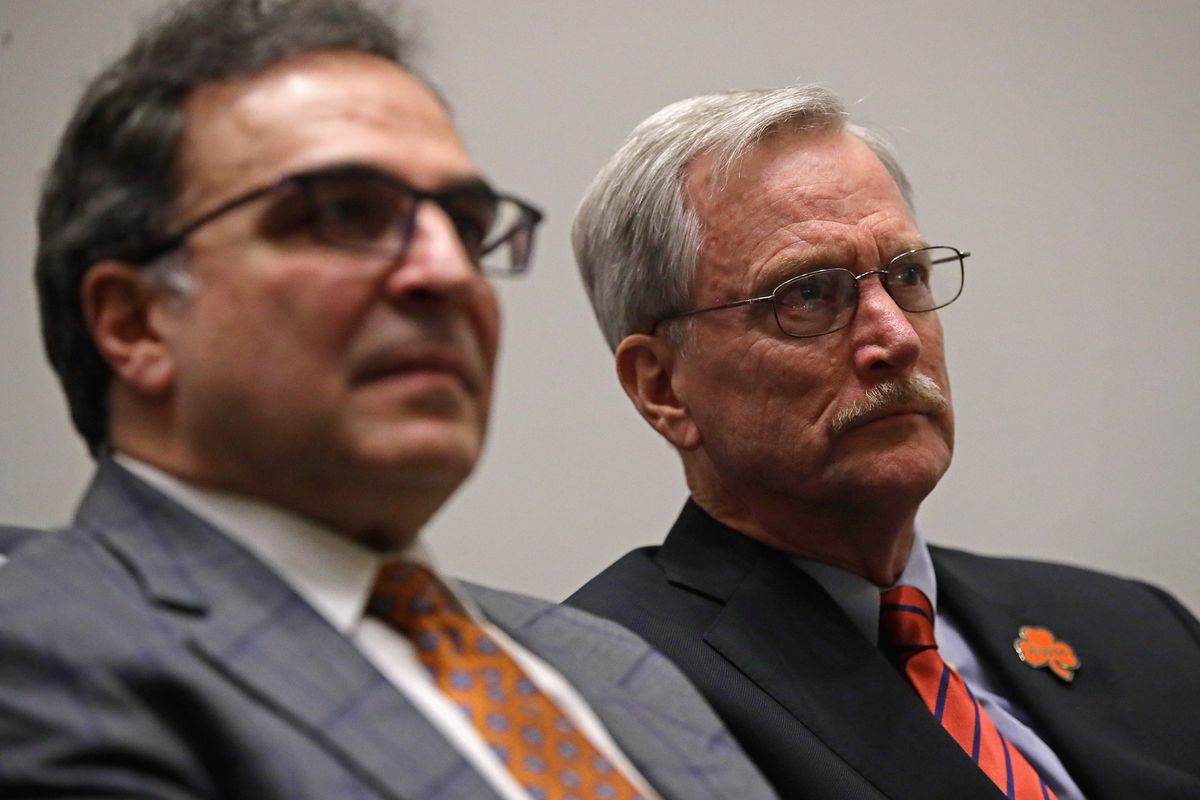 If moving from Soldier Field to Arlington Heights will solve all the McCaskeys’ problems, fulfill all their dreams and bring them all the riches they’d ever want (until next time), they should go for it. But

the team’s owners should remember that they’re the cause of many of those problems, that their only dream should be a Super Bowl and that they’re not lacking for money by anyone’s standards other than Jeff Bezos’.

There’s more than a little hypocrisy in the Bears’ bid to buy the Arlington International Racecourse property, an implied threat that their unhappiness with Soldier Field might lead to a relocation. How many times over the years have they told players that they don’t renegotiate contracts? Yet now they’re trying to get a better deal out of the City of Chicago, the stadium’s owner. If they don’t, they’re willing to break their lease, which runs through 2033, and move to the suburbs. Suddenly, it’s OK to play hardball.

And who negotiated that lease? That would be Bears president Ted Phillips, who now wants us to believe he can’t stop staring at a 326-acre tract that’s a world away from Chicago.

“It’s our obligation to explore every possible option to ensure we’re doing what’s best for our organization and its future,’’ Phillips said in a statement. “If selected, this step allows us to further evaluate the property and its potential.”

Something about the team moving its game-day tent to Arlington Heights feels right, though. Nothing against that suburb or any other, but the McCaskeys are the type of people who would love to be able take in a Bears game and then make a short hop to Olive Garden. You can see the allure.

This is about money, the way it always is for sports franchises. So the Bears aren’t alone in their greed. But it needs to be pointed out that the McCaskeys have attempted to build their legacy around the franchise’s grand history. Perhaps you’ve heard: George Halas founded the team in 1920, and after he died, his daughter, Virginia McCaskey, took over. The 98-year-old matriarch is still at it, and assorted McCaskeys, led by team chairman George McCaskey, are hard at work buffing Halas’ fedora.

Isn’t Soldier Field a huge part of that history? How many statues have the Bears erected outside the 97-year-old stadium to honor the most important figures in their annals? The franchise has been playing its games by the lake for 50 years. A lot of memories are crammed into the building, and the McCaskeys would be the first to tell you all about it. Or, for $219.95, they’ll sell you a framed panoramic photo of Soldier Field, available on the team’s website.

The Bears are trying to negotiate for stadium improvements. Chicago Mayor Lori Lightfoot has pointed out, correctly, that the team’s Arlington bid is “clearly a negotiating tactic that the Bears have used before.”

(Hot merchandising idea for the team: Write a book about all the times the Bears have threatened to move out of Soldier Field. Call it “The 85 Dares’’ and slap a $29.95 sticker on it. Get richer.)

I’m not naïve enough to think that a love of history would ever win out over money for the owner of a professional sports team. But you’d think there would be a hint of shame about a threatened stadium move for a franchise that seems to be more into nostalgia than football. You’d think wrong.

Compared to other NFL stadiums, Soldier Field is lacking. The seating capacity is 61,500, the lowest in the league. The Bears believe the city has stood in the way of more sponsorship deals for the team. But, again, it’s impossible to escape the fact that the Bears signed this deal. They expressed satisfaction with it when they put ink to paper.

They haven’t been in a hurry to placate star wide receiver Allen Robinson, who would like a better deal than the franchise tag he’s under now. Robinson hasn’t threatened to hold out, choosing to remain professional. The McCaskeys, on the other hand, are stamping their feet and threatening to move because the City of Chicago won’t give them what they want. How can they look players in the eye?

If the Bears want to move to Arlington Heights, they should go. It would be one more thing not to like about an increasingly unlikable franchise.
at June 19, 2021