Catholic Teachings are going to be Applicable to Everyone

Bishops Advance Effort That Could Restrict Communion for Biden 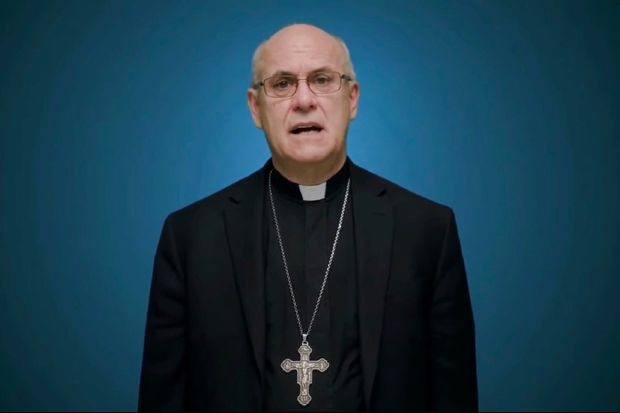 U.S. Catholic bishops on Friday agreed to prepare a document that would lay out the conditions under which Catholic politicians who support abortion rights, including President Biden, may be denied Communion.

The controversial measure, which had drawn objections from the Vatican and from Pope Francis’s strongest allies among the U.S. bishops, required a simple majority to advance; it passed with 73%, or 168, of the 229 votes cast on Thursday. More than 270 U.S. bishops were eligible to vote.


The bishops’ doctrinal committee will now proceed to draft a document on the Eucharist that will include a section on the conditions under which politicians may receive Communion. Some bishops

want that section to state that politicians who support abortion rights must be denied the sacrament.

Should Catholic politicians who support abortion rights be able to receive communion? Join the conversation below.

Proponents of the document originally planned to set forth a national policy on the matter, but scrapped that idea in deference to the Vatican, which warned last month that such a move would be divisive. Bishop Kevin Rhoades of Fort Wayne-South Bend, Ind., head of the doctrinal committee, has said that the document might instead include practical guidance for individual bishops dealing with politicians who support abortion rights. He also suggested that it might mention other activities—such as leadership of a white supremacist organization—that could disqualify one from receiving the sacrament.

Opponents of the document said it would inevitably be read as an attack on specific leaders including President Biden and House Speaker Nancy Pelosi, both of whom are Catholic and support abortion rights.

“There is an expectation out there by people, because of what some bishops are arguing for, that we deny Communion to the president, to Speaker Pelosi and to other people that are being named. I don’t know how we get around that,” Cardinal Blase Cupich of Chicago, a close ally of Pope Francis, said on Thursday.

Asked at a White House event Friday about the possibility that the bishops would prevent him from receiving Communion, Mr. Biden said: “That’s a private matter and I don’t think that’s going to happen.”

The result of the vote, announced on the last day of the annual spring meeting of the United States Conference of Catholic Bishops, augurs well for approval of the final doctrinal document, which would require a supermajority of two-thirds at the conference’s fall meeting in November.

In a two-hour debate on Thursday, some bishops insisted on the urgent need for a document to clarify the church’s stand on abortion under a Catholic president who supports abortion rights, while others warned of the danger of using the Eucharist as a political weapon.

“This is an unprecedented situation in the country. We’ve never had a situation like this [where] the executive is a Catholic president who is opposed to the teaching of the church,” said Bishop Liam Cary of Baker, Ore.

Mr. Biden’s embrace of abortion rights, including his support for federal funding of the procedure, is “the most aggressive thing we’ve ever seen in terms of this attack on life when it’s most innocent,” said Archbishop Joseph Naumann of Kansas City, Kan., chairman of the USCCB Committee on Pro-Life Activities.

But supporters of Pope Francis’s emphasis on social and economic justice lamented what they called excessive attention to divisive cultural issues.

“The limitation of the grounds of Eucharistic exclusion to abortion and euthanasia .. will fatally undermine the ability of the church in the U.S. to witness with credibility to the integrity of Catholic social teaching including the church’s condemnation of racism, poverty and environmental destruction,” said Bishop Robert McElroy of San Diego, a leading liberal in the USCCB.

—Catherine Lucey contributed to this article.
at June 20, 2021