COPA launches 170 investigations of alleged police abuse since killing of George Floyd, also since then, Kim Foxx has brought felony charges against 42 rioters.  The Cook County justice system is upside down. 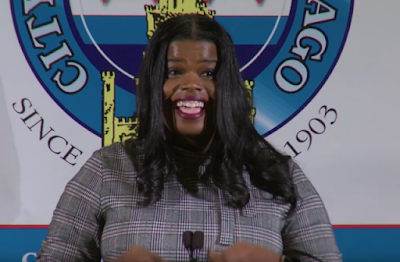 
Sydney Roberts, chief administrator of the Civilian Office of Police Accountability, wouldn’t say if there’s a racial pattern to those cases. “We haven’t looked at that. We haven’t assessed that,” Roberts said. “But it is a valid question.” 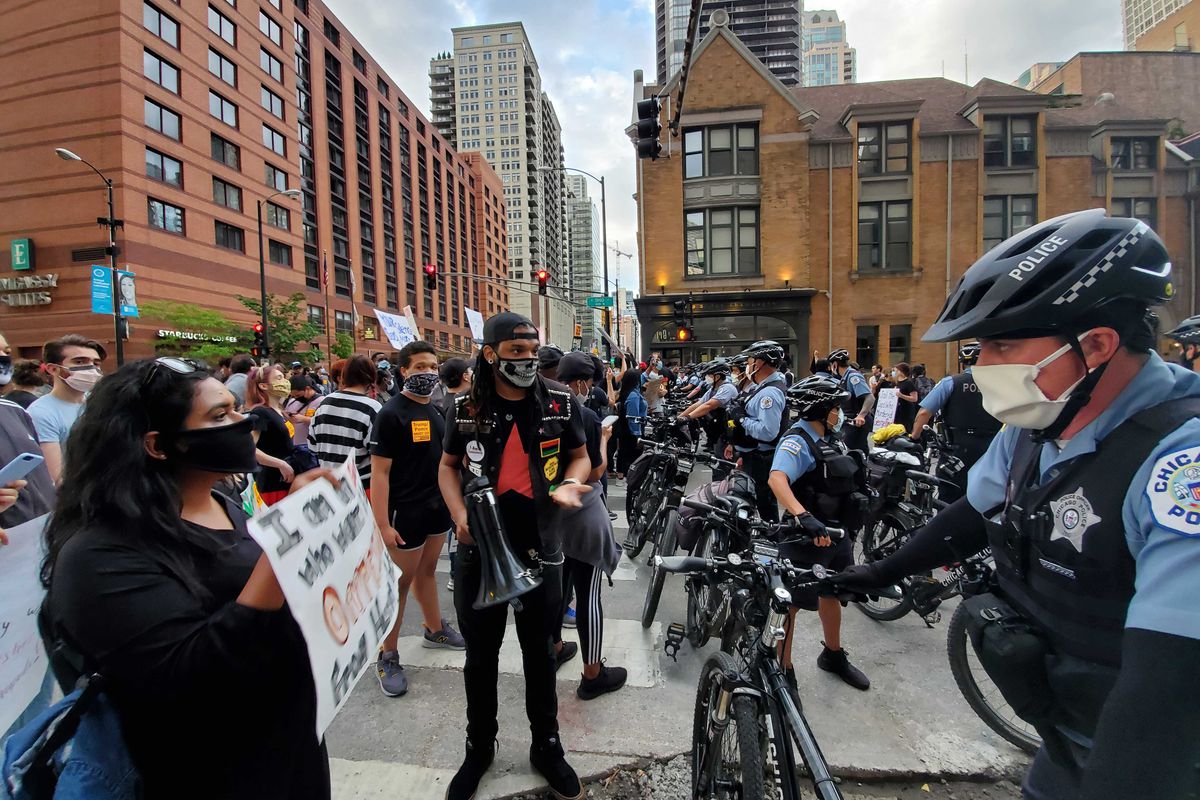 Protesters and Chicago police officers during a march downtown on May 29. Protests over the death in Minneapolis police custody of George Floyd were held around the country as well as around the world. Hundreds of complaints alleging police abuse were filed after the protests; from those, Chicago’s Civilian Office of Police Accountability has launched 170 investigations. Tyler LaRiviere/Sun-Times file photo

The pending cases include: an activist seen on video being punched in the face by a Chicago Police officer during a confrontation at the now-removed Christopher Columbus statue in Grant Park; a woman who claims she was dragged out of her car by her hair by a police officer who knelt on her neck and Police Board President Ghian Foreman’s claim that he was struck in the legs five times by a police baton after encountering a demonstration in Kenwood.

COPA’s Chief Administrator Sydney Roberts refused to comment on any of those pending cases. Nor would she say whether those cases show a racial pattern.

“We haven’t looked at that. We haven’t assessed that. … Right now, our efforts are primarily focused on doing the investigations and making sure that we can bring resolution … as quickly as possible. But it is a valid question,” she said.


“We have approximately 170 protest-related investigations between the George Floyd period right through today. We have formed a special team of some of our best investigators that are working on these cases. We are assessing them to determine whether an officer should be relieved of his police powers. We’re assessing to see if there is a need for criminal referral to the Cook County state’s attorney’s office or to the federal government.”

Sunday, a police shooting in Englewood provoked a tense confrontation between citizens and police. That, in turn, touched off a second round of looting. Roberts said she swung into “emergency mode” and braced for another wave of complaints that could be reviewed in “real time.”

“Fortunately, we didn’t receive the complaints in this incident as we did in the prior situation. But we were prepared and we mobilized,” Roberts said.
at August 14, 2020