Former high-ranking state rep handcuffed, arrested in warrant snafu: ‘I said, “You have got to be kidding.”’ as he prepares his lawsuit, next time he will have his front license plate.

A lieutenant recognized former Deputy House Majority Leader Arthur Turner Sr. and told him the warrant was for a man with the same name — but who had tattoos on both arms and is 36 years younger and several inches taller than Turner. “‘This warrant doesn’t fit you at all.’” Turner recalled him saying. 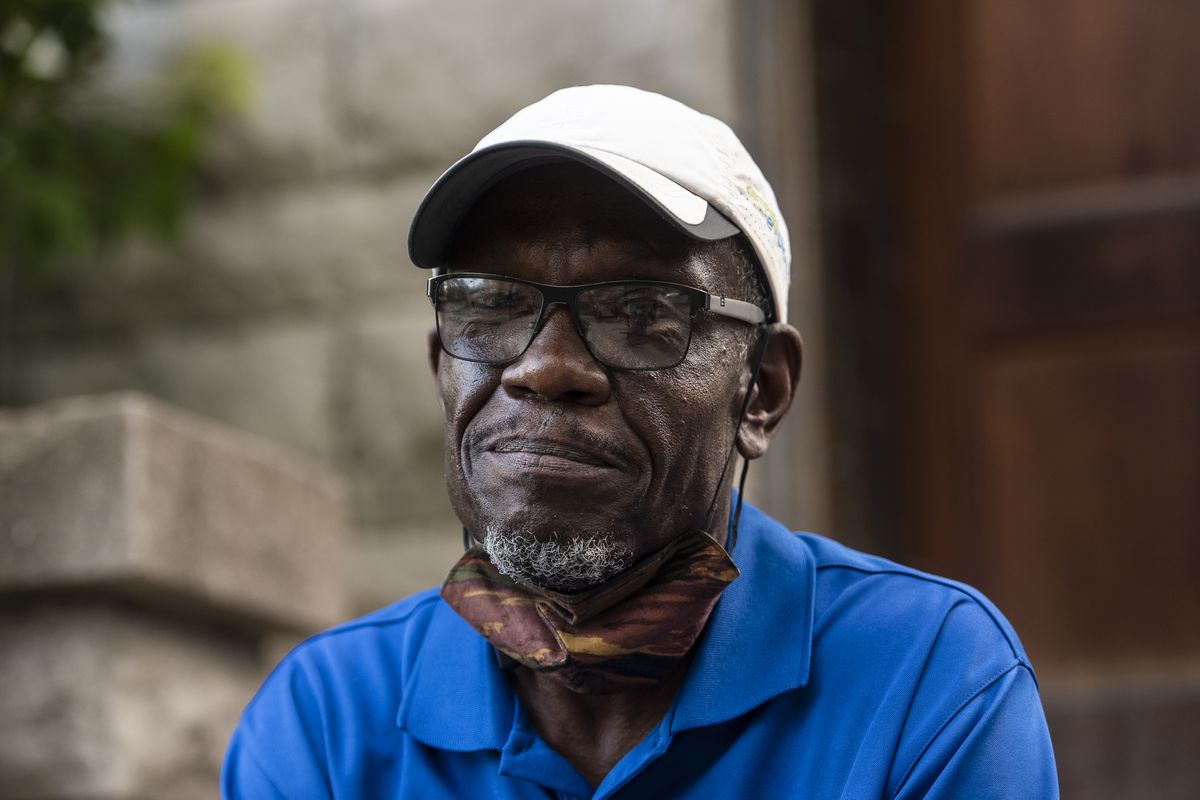 Former Deputy House Majority Leader Arthur Turner Sr. sits in front of his home without the face mask he has come to love dearly. Tuesday. Tyler LaRiviere/Sun-Times
Two Chicago Police officers detained a former high-ranking state representative less than two blocks from his West Side home over the weekend after they mistakenly believed a warrant had been issued for his arrest.

“When I got out of the car, she told me to put my hands behind my back, and they put cuffs on,” said former Deputy House Majority Leader Arthur Turner Sr. “I said, ‘You have got to be kidding.’”

On Saturday, the 69-year-old Turner left his North Lawndale home to head to a suburban car dealership to pick up a new Ford F-150 pickup truck. He even made a point to wear a shirt that he picked up at a golf outing a few years ago, one that read “Friends of Chicago Police.”

“I was driving to the suburbs to pick up my new car, and I go, ‘Just in case this old car breaks down on me, you know, and I have to deal with a suburban cop, I want them to know that I’m a friend of law enforcement’,” Turner said.

But he didn’t make it to the suburbs.

Not long after Turner got on the road, he was pulled over by two uniformed CPD officers assigned to the department’s Summer Mobile Unit — a group of about 150 officers who, during the summer months, travel all over the city in an effort to tamp down shootings.

Turner was stopped because his vehicle didn’t have a front license plate.

Turner handed over his license, registration, proof of insurance and vehicle title. While the officers were running his information, Turner called his wife to ask her to bring the front license plate to where he was stopped. 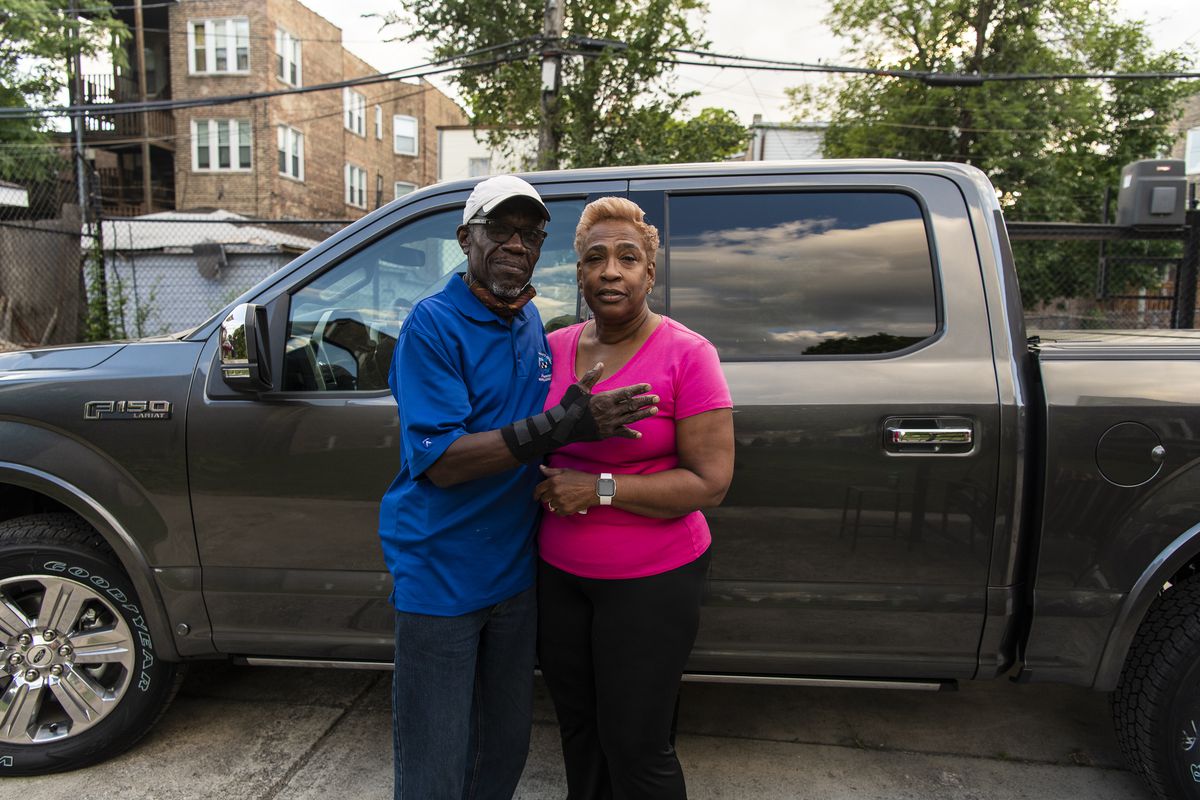 Arthur Turner Sr., left, a former member of the Illinois House of Representatives on Tuesday stands next to his wife, Rosalyn, and the new truck he was going to buy when he was arrested over the weekend. Tyler LaRiviere/Sun-Times

In the squad car, the officers radioed a dispatcher to check Turner’s name for any outstanding warrants, and the dispatcher reported an arrest warrant that stemmed from a failure to appear in traffic court, Turner said.

It was a misunderstanding, Turner told them. He had no traffic citations to his name, but perhaps the warrant was for his son who shares the same moniker and succeeded Turner in the Illinois House.

Despite his explanation, Turner was searched, handcuffed and placed in the backseat of the squad car. One officer got behind the wheel of Turner’s vehicle, while the other drove him to the CPD’s Ogden District station. The handcuffs were too tight, and Turner asked the officers to loosen them, but they told him to wait until they arrived at the station. He’s since scheduled a doctor’s appointment to have his right wrist examined. Arthur Turner Sr., a former member of the Illinois House of Representatives, shows the case from an injury he suffered while he was being arrested by police. Tyler LaRiviere/Sun-Times

The CPD, citing the new investigation opened by the Civilian Office of Police Accountability, declined to comment on Turner’s arrest, but issued a statement Tuesday saying:

“The Chicago Police Department (CPD) strives to treat all individuals our officers encounter with respect and any misconduct by officers will not be tolerated. A complaint has been received regarding this incident and an investigation by the Civilian Office of Police Accountability (COPA) is currently ongoing. Due to the open investigation, we are unable to comment further on this incident but we will ensure that if any wrongdoing is discovered by COPA, officers will be held accountable.”

Once inside the station, Turner said, he started to yell for the district’s watch commander, but was taken straight to the lockup. About 15 minutes later, a lieutenant came down.

He recognized Turner — who represented North Lawndale and other parts of the West Side in the Illinois House of Representatives for decades before retiring in 2010 — and told other officers, “Let this man go and give him his belongings.”

“And then he says, ‘I don’t know what the hell they were looking at. This warrant doesn’t fit you at all,’” Turner recalled.

The lieutenant told Turner that the warrant was for another man with the same name, though the target of the warrant has tattoos on both of his arms and is 36 years younger and several inches taller than the former state representative.

The commanders of both the Ogden District and Summer Mobile Unit both reached out to apologize.

Since Saturday, Turner said he’s felt concerned about possibly being exposed to COVID-19 while in the squad car and lockup. Though he’s kept his social circle small since March — he said he’s only been in close contact with six people in the last five months — he’s worried about how sanitary the squad car and cell were. 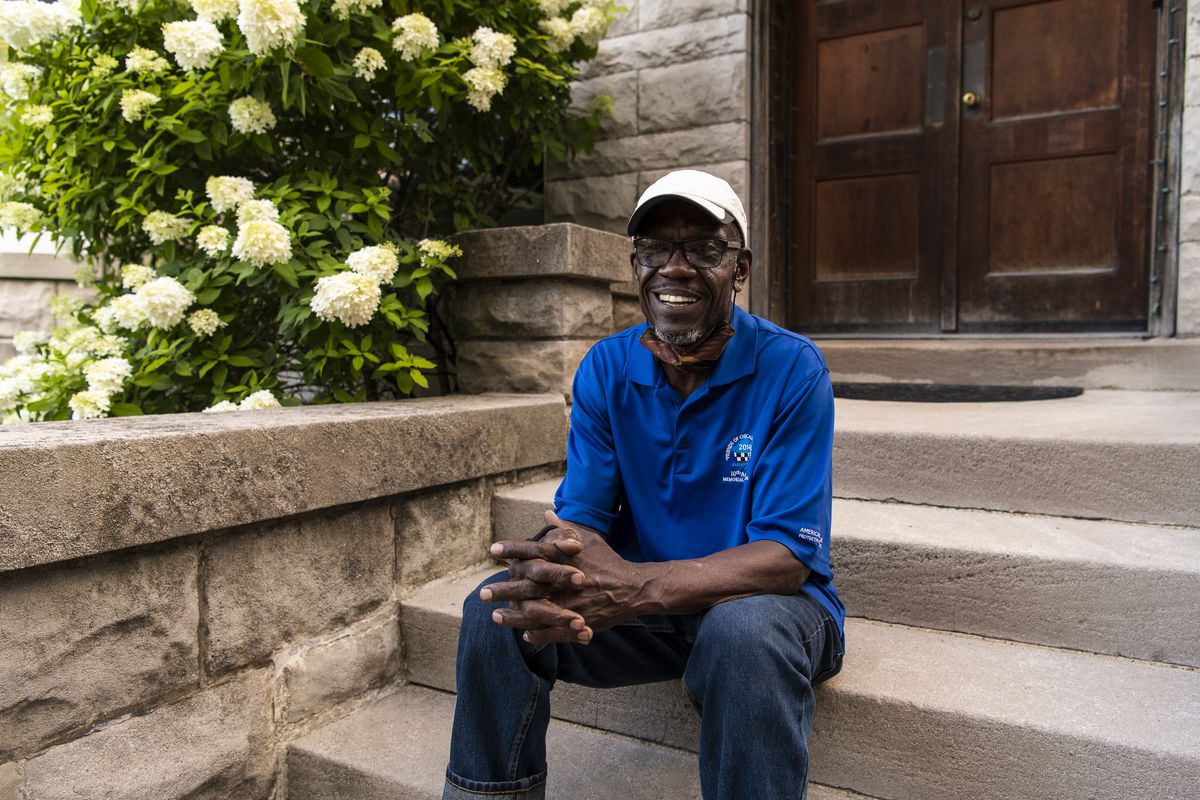 The officers who arrested Turner are part of the CPD’s Summer Mobile Unit. As its name implies, the unit only operates during the warmer months, when gun violence is most prevalent in Chicago.

Once their assignment ends for the year, summer mobile officers will be folded into the Community Safety Team — a newly formed group of officers tasked with, not just preventing criminal activity, but also rebuilding frayed community relationships on the South and West sides.

“Let me be clear: This is not a roving strike force like what CPD has had in the past,” Police Supt. David Brown said last week. “Working with the district commanders and with the community policing office, they are serving these neighborhoods. Serving.”
at August 05, 2020