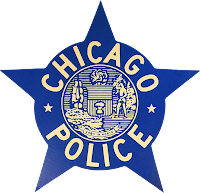 it’s unclear how the prisoner had a gun, since he should have been searched before being placed inside the police wagon.

A prisoner being transported in a police wagon to the 25th District police station at Grand and Central opened fire Thursday morning when the doors were opened, wounding at least three officers, one seriously, sources said.


Sources said the prisoner, in turn, was shot multiple times outside the police station, 5555 W. Grand.
One officer was shot in the neck and is in serious condition. Two officers suffered less serious wounds, including at least one of them who was shot in the vest. A fourth officer was also taken to the hospital for an unspecified medical condition but was not shot.
The prisoner’s condition was not unknown.
It’s also unclear how the prisoner had a gun, since he should have been searched before he was placed in the police wagon. That question is certain to be a focus of the ongoing investigation.
CPD Supt. David Brown talked to reporters briefly outside Illinois Masonic Medical Center, where one of the wounded officers was taken.
Before heading inside the hospital, Brown said the incident occurred about 9:40 a.m. and involved a suspect in a carjacking.
One officer in their protective vest, which the bullet did not penetrate, Brown added. A Masonic surgeon said a second officer was shot in the neck, and surgeons were working to stabilize his condition.
The suspect, also shot, was taken to Stroger Hospital, Brown said.
at July 30, 2020