Newly promoted CPD deputy chief dies in apparent suicide at Homan Square facility
The death of Deputy Chief Dion Boyd was announced by CPD Supt. David Brown, who urged officers to take care of themselves: “There is no shame in reaching out for help.” Boyd was sworn in as deputy chief of criminal networks on July 15. 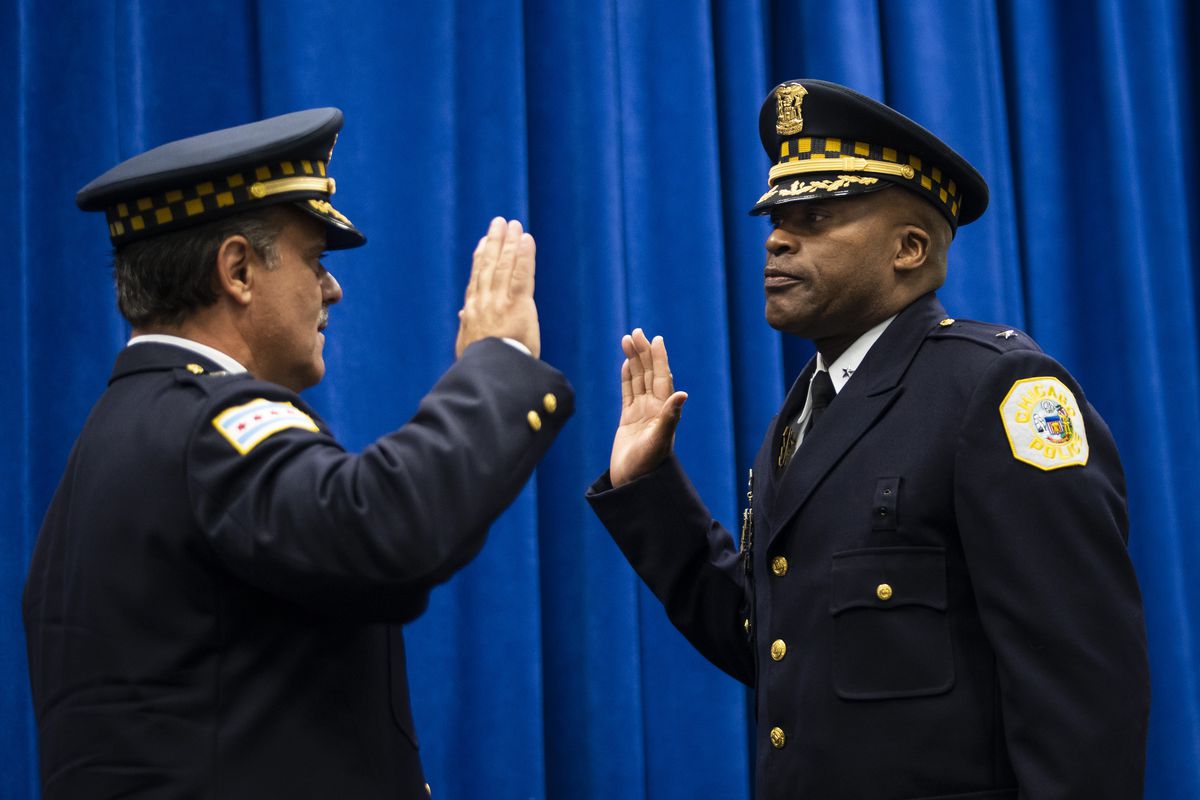 A newly appointed Chicago police deputy chief fatally shot himself Tuesday morning in the Homan
Square police facility on the West Side.

Brown, flanked by other members of the CPD’s leadership, said Boyd was “a respected command staff member” who’d been with the department for 30 years.

“There’s really no way to convey or express the magnitude of this loss,” Brown said. “We are shocked and saddened at the loss that is deeply felt by me and the many colleagues and friends with whom Deputy Chief Boyd worked and mentored throughout his career.”

Brown pleaded with officers to “always remember to take care of ourselves and each other.”

“There is no shame in reaching out for help,” he added. “Please, officers, please, stay humble, stay human, stay safe and stay well.” 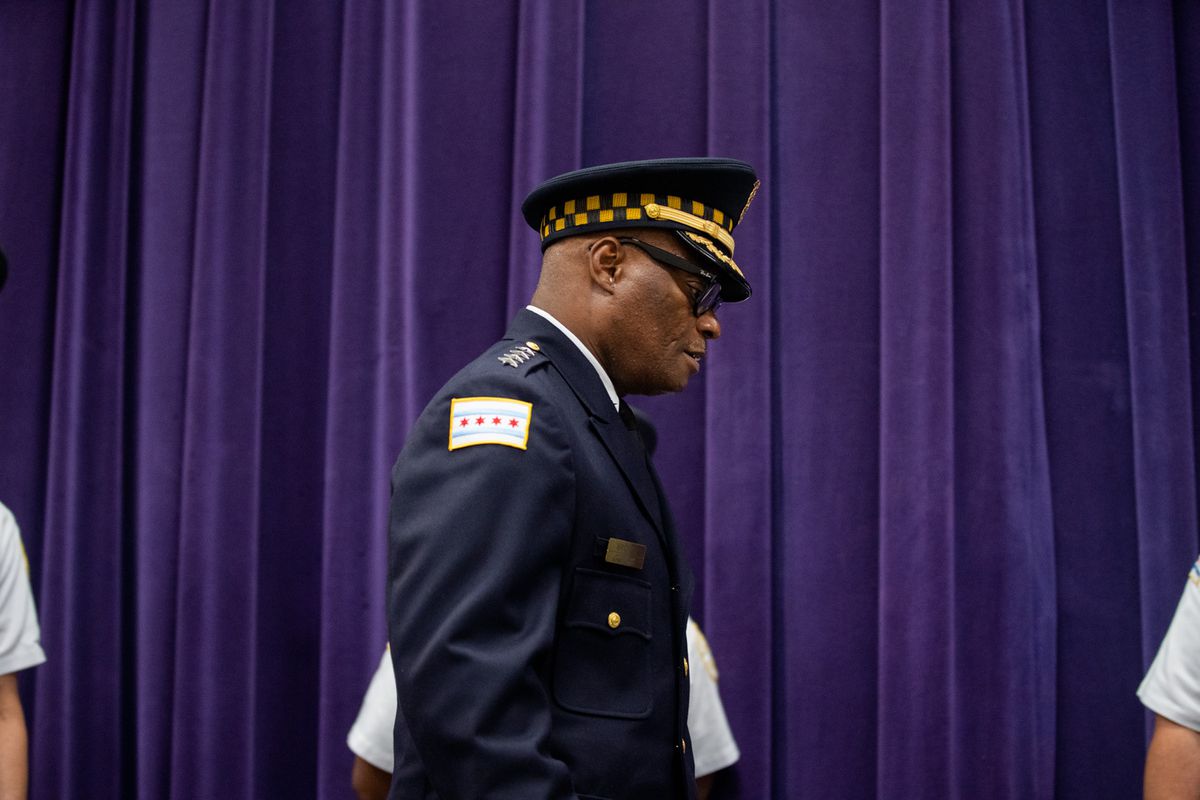 Chicago Police Supt. David Brown walks off the stage after a press conference about the death of Chicago Police Deputy Chief Dion Boyd, who was found dead in an apparent suicide at the CPD’s Homan Square facility Tuesday morning. Pat Nabong/Sun-Times

Boyd had been sworn in as deputy chief of criminal networks on July 15 in a series of leadership changes by Brown.

Boyd was previously the Area One commander on the South Side and commander of the Wentworth District.

Police sources who have met with Boyd recently to discuss investigations said he was interested and upbeat. 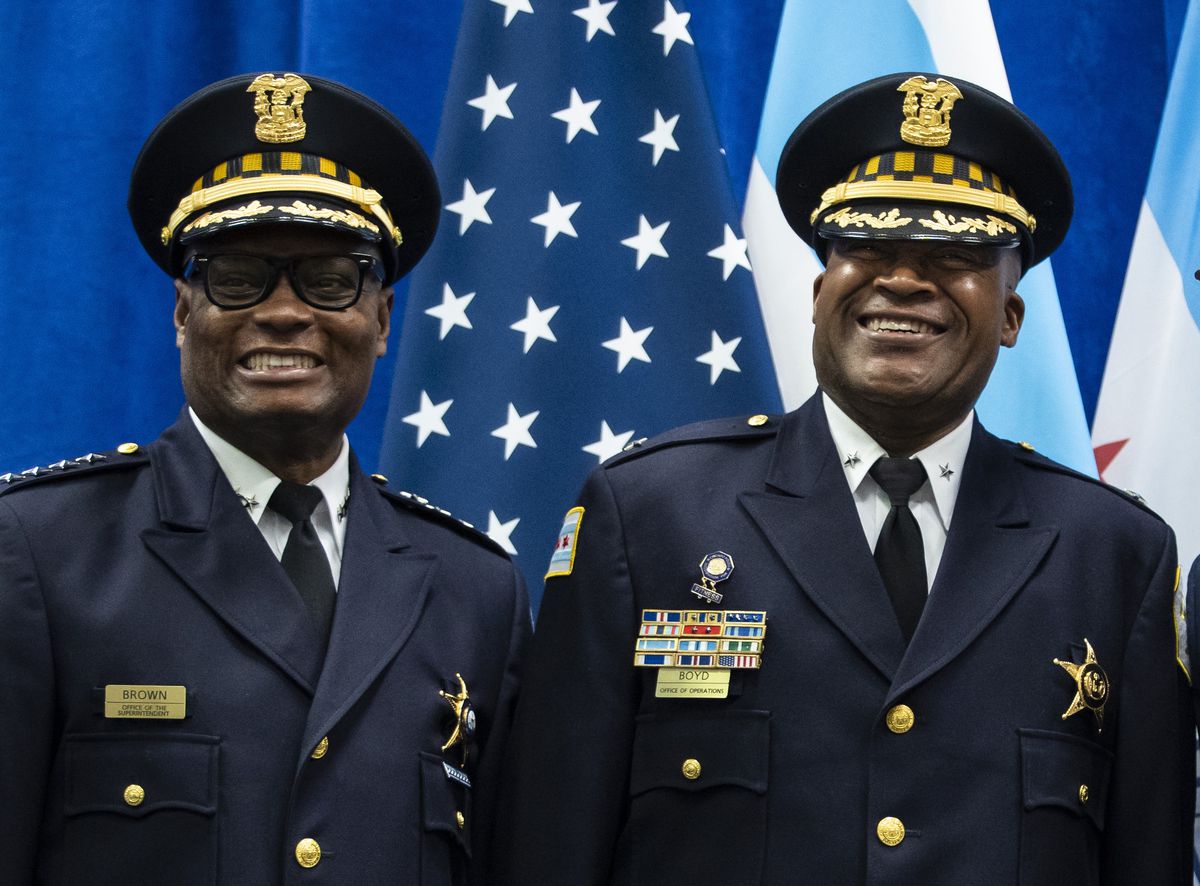 Those who knew Boyd said he struggled with the death of Samuel Jimenez, one of his officers in the Wentworth District, who was killed by a gunman at a Bronzeville hospital in 2018.

It’s not unprecedented for Chicago police officers to take their lives while on the job.