Column: Police families, how do they bear it? 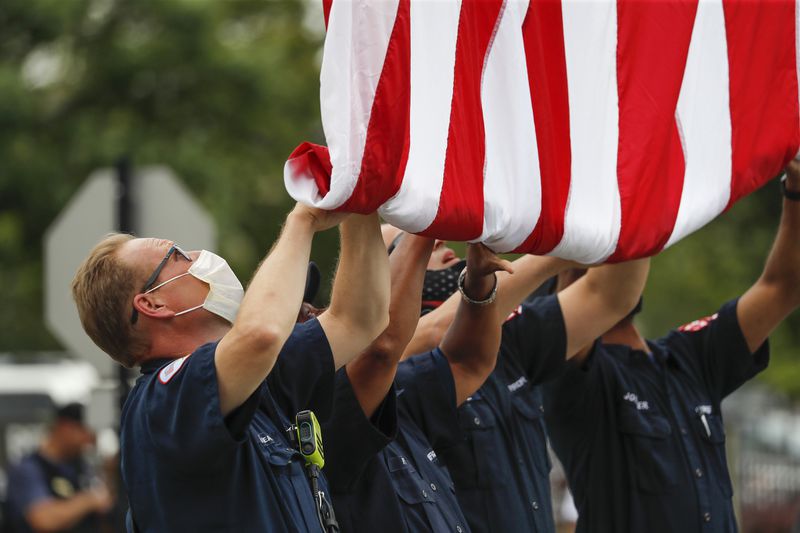 We don’t know the reasons why newly promoted Chicago police Deputy Chief Dion Boyd, 57, apparently took his own life at work the other day.


There might be a motive, a back story. But I don’t know what it is, and I’m not pushing to know. That’s not what this is about, today.


If you’ve lost someone to suicide — and I have — you know it leaves scars. A suicide leaves questions unanswered among the living who loved them.


And those questions don’t disappear. They just fade away, the way a scar can fade, and then return, maybe years later, a sore red streak you didn’t expect to feel again.


It could be a song. The one that brings Dave back to me is a piece by Bach that he loved to play. We played ball together. He was 19.


So, if you’re a suicide survivor, then every other report of suicide brings them back to you.


When I heard about Deputy Chief Boyd, I thought of the grief of the Chicago Police Department, but I also thought of police families who didn’t even know him.


I called a friend, the wife of a police officer.


“If you’re a family member of a police officer, when you heard the news about Boyd, you thought, ‘Is my husband-son-daughter-wife OK? Where are they?’ ” she said.


“My husband was asleep. I knew where he was. And I still checked on him.”


They just swallow it down, go to work and do their shift, knowing that so many hate them. At least that’s how it seems in Chicago.


How do you work like that in a high-pressure job where one error in judgment can cost you your life, or your job and your pension. How does a spouse bear it?


Out there doing their shift, maybe, police will run into those “mostly peaceful protesters” I keep reading about, those angry woke kids from the suburbs who give cops the finger. And the police look, ignore, and then just swallow it down some more.


They have their work at least. Police work requires concentration and concentrating can keep your mind off things.


But what about their families? Their families have been under siege for years, and more so the last few months, with so many people in the streets screaming their hatred at police, and their families unable to respond. Because they know if they respond, they’ll be targets.


Suicide rates among police, especially in Chicago are high. An old homicide detective told me a while ago that civilians kill themselves in the bathroom. They use the mirror to see if they have the gun placed correctly.


Police don’t need a mirror. They know where to place it. The detective said cops used to kill themselves at home, in the basement. Occasionally, a detective investigating such an incident might find a gun cleaning kit and slide it across the basement floor with their shoe. Suicide becomes a gun cleaning accident.


I don’t know if that happened. It’s just what a veteran Chicago homicide detective, with thousands of cases under his belt, told me. Cops did things for each other then. I don’t know if they do it now.


America is a bag of nerves now especially when it comes to being accused of saying something that the anonymous hordes will hate in the Twitterverse. But in the past few days I’ve learned something I’d forgotten: Not everyone lives in those silos on Twitter.


Think of a retired couple, he was a cop, she was a cop, their sons are cops. I’ve known people like this. Maybe you do too. Let’s call him Joe.


Joe hears the news about Boyd the same time his wife hears it. They’re in the kitchen. They don’t grab their phones to go on Twitter.


She just looks at him. He nods his head. They don’t talk about it. But they might text their sons and ask about something totally innocuous, a baseball jersey, or picking up their nieces after work, or going to the Rainbow Cone place, something.


I don’t know how police families handle all the hate that comes their way, the constant goading from the public, the phones out, recording everything, the politicians looking for cover, kids wondering if mom or dad are all right.


And I don’t know if Boyd’s suicide had anything to do with this kind of pressure. I’m just thinking about police families now, wondering how they bear the weight of it all.