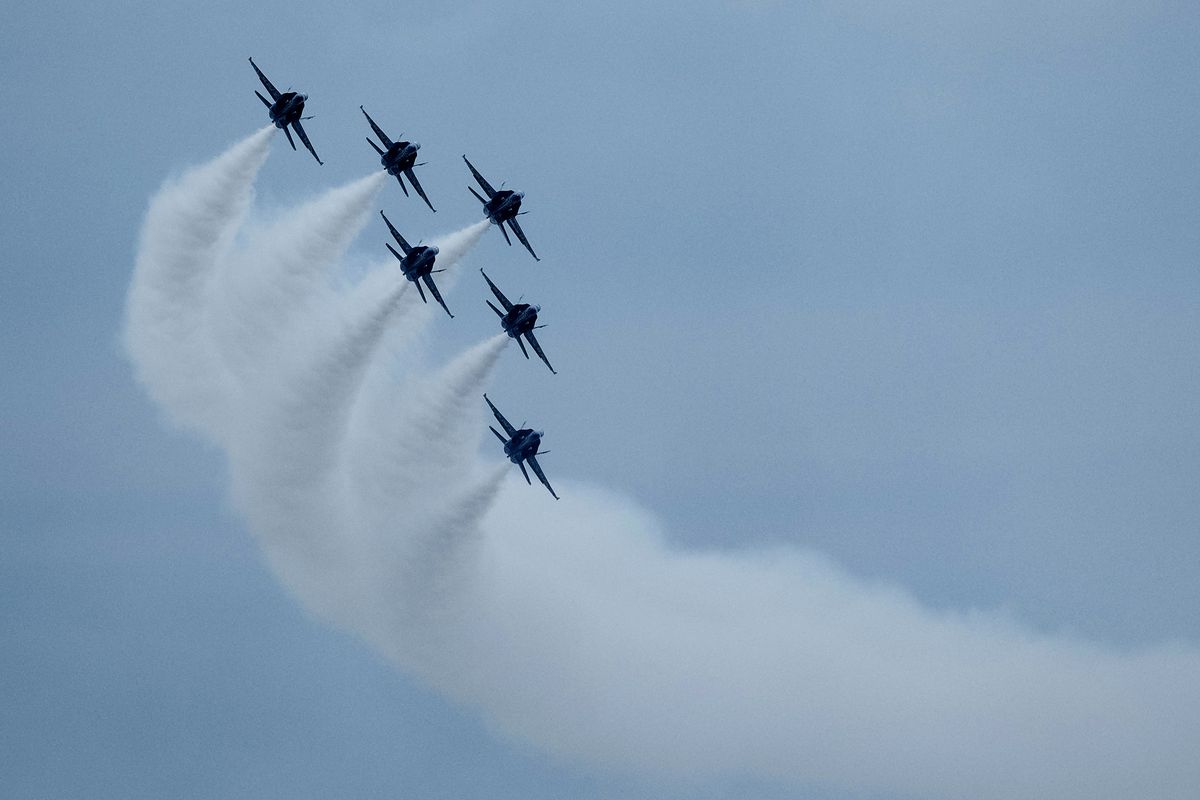 The U.S. Navy’s Blue Angels, seen here at the 2019 Chicago Air and Water Show, will fly over Chicago on Tuesday. Rick Majewski/For the Sun-Times

The U.S. Navy’s Blue Angels will perform a flyover of Chicago on Tuesday, the Blue Angels announced on social media Sunday.

Known for participating in Chicago Air and Water shows, the pilot squadron’s surprise Tuesday flyover will honor front-line workers during the coronavirus pandemic.

“We salute and thank all healthcare workers, first responders and other essential personnel serving on the front lines of the fight against COVID-19,” a release said.


#Detroit, #Chicago, and #Indianapolis your Blue Angels are heading your way this Tuesday! Check back tomorrow for routes and overhead times. Stay home and stay safe!#AmericaStrong #InThisTogether #HealthcareHeroes 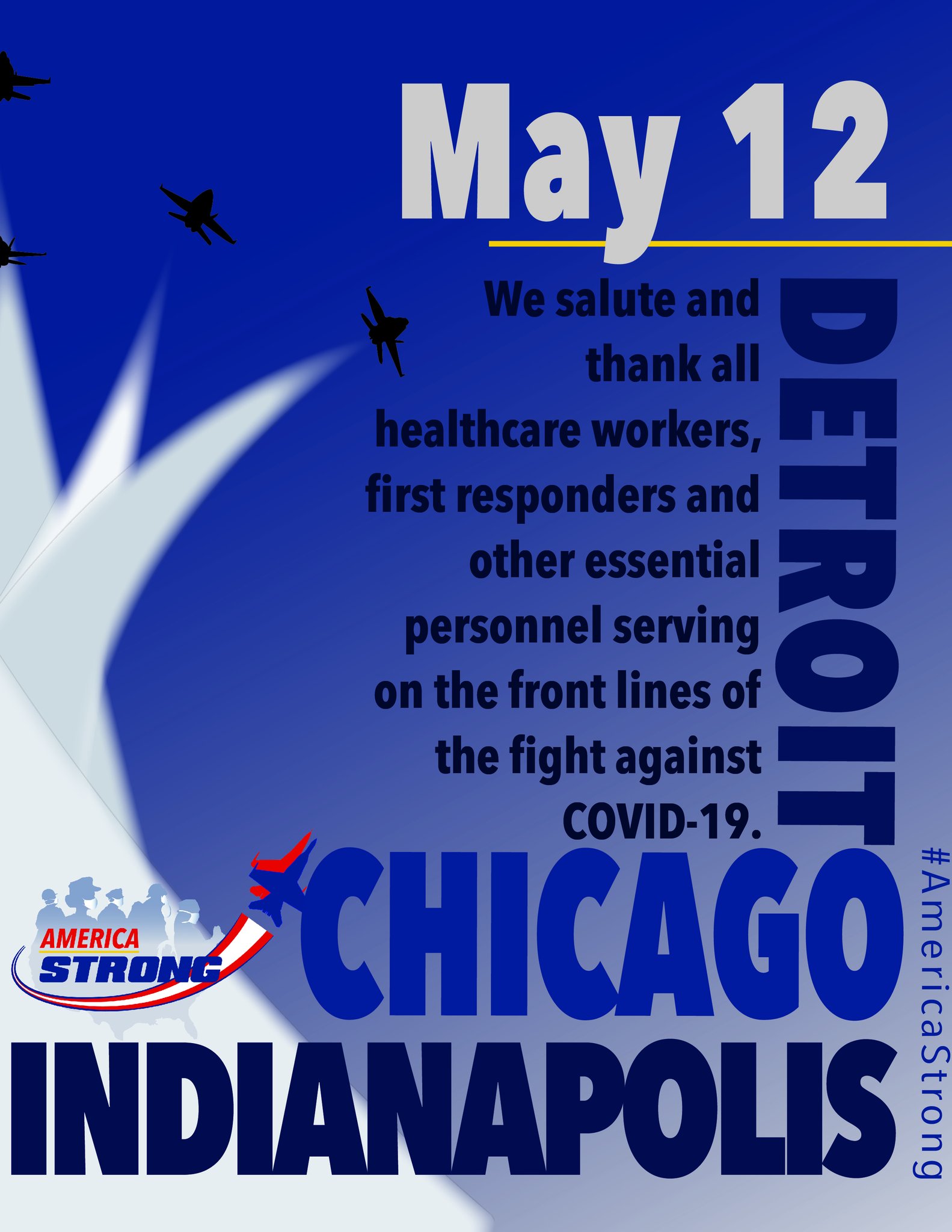 In a flight plan announced Monday, the planes will loop across the city — reaching suburbs as far west as Melrose Park and as far south as Oak Lawn — starting at 11:45 a.m., then fly down the Lake Michigan shoreline before departing the area at 12:00 p.m. 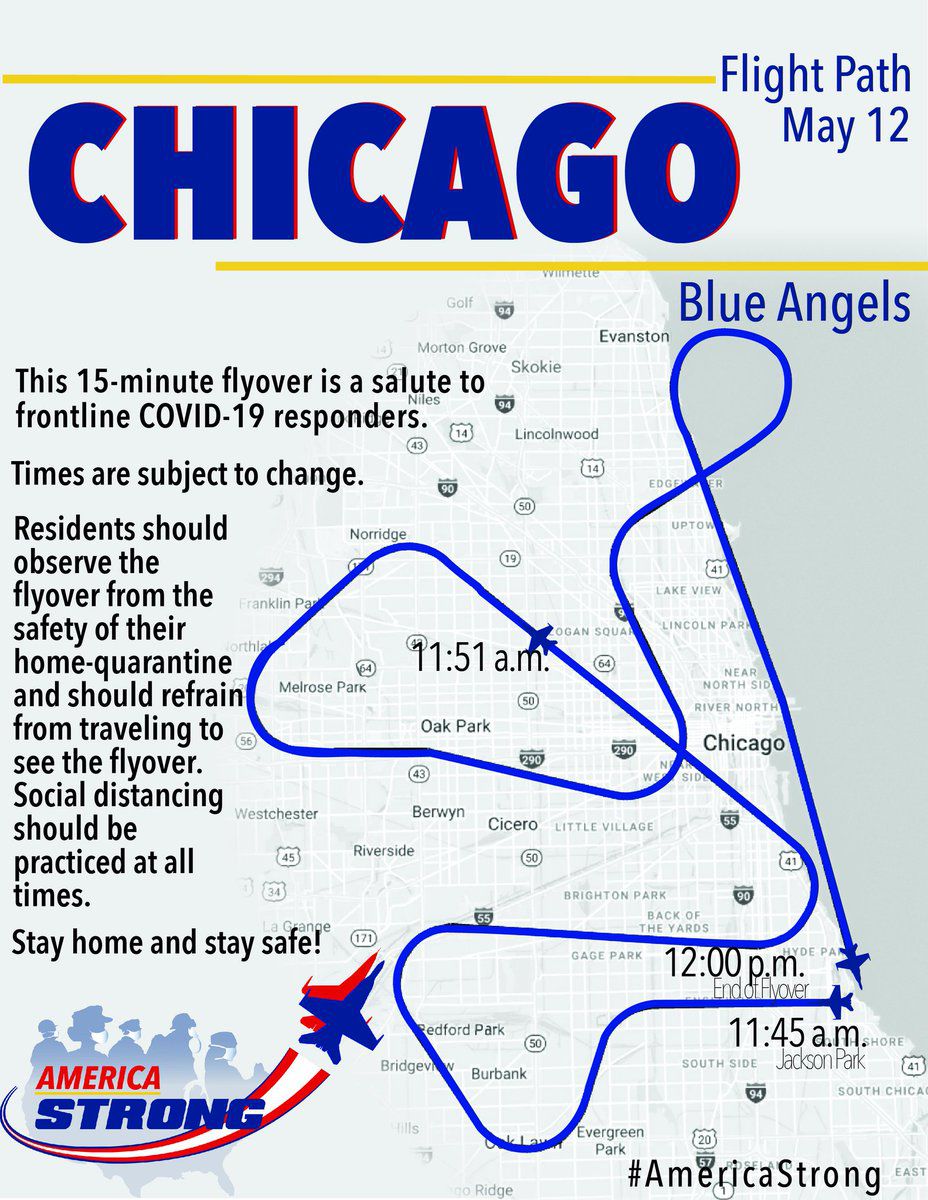 The Blue Angels will also be flying over Detroit and Indianapolis on Tuesday, making those two cities plus Chicago the latest stops on what has become a nationwide salute tour.

The Blue Angels have represented the Navy and Marine Corps with ceremonial flyovers since 1946, according to their website.
at May 12, 2020

Email ThisBlogThis!Share to TwitterShare to FacebookShare to Pinterest
Labels: A hero, Corona, Military