Many young Americans warm to socialism,


Andy Vila's mother remembers her son as a bright, rebellious child who enjoyed Harry Potterbooks and dressing up as the U.S. president. But when he began to embrace the same ideology his family had fled in socialist Cuba, she pleaded in vain for him to stop his political activism.

His socialism made Vila an outlier in his Miami community and opened deep rifts with relatives. He was briefly exiled from home, and his mother entered therapy to bridge their differences. To mention socialism at family dinners, "that's a no-go," Vila said. Relatives would "look at me funny and say, 'We've escaped that.'"

At 21, Vila is part of a wave of young Americans openly supporting socialism, even among Miami's staunchly anti-left Cubans. Although the definition of the ideology varies widely, it is making particular inroads among millennials and Generation Z voters, who are expected to make up 37% of the 2020 U.S. electorate, according to the Pew Research Center. 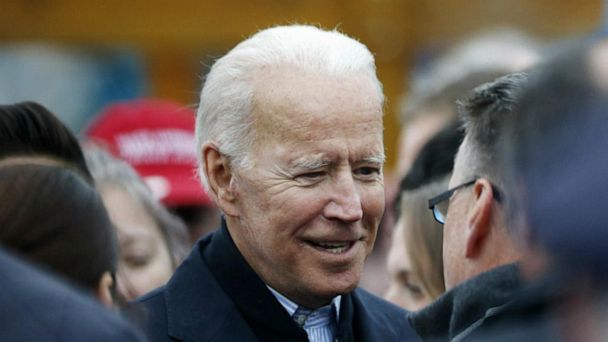 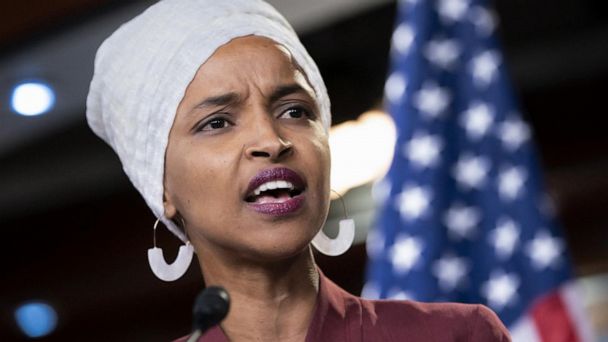 Trump says Rep. Ilhan Omar is 'lucky to be where she is'

While more than half of Americans rejected socialism in a recent Gallup poll, 43% surveyed said some version of it would be good for the country. That sentiment was held by 58% of respondents ages 18 to 34, compared with just 36% of those 55 and older.


The popularity of self-described democratic socialists like Sen. Bernie Sanders of Vermont and Rep. Alexandria Ocasio-Cortez of New York has influenced the 2020 Democratic candidates, several of whom say they at least partially support socialist-style policies.

Vila emigrated from Cuba with his parents in 2004, receiving asylum and a pathway to citizenship. Initially optimistic about a new country where anything seemed possible, he became disillusioned with the American dream after his family lost its home during the Great Recession.

As a teen, he identified as a Libertarian-style Republican and spent hours watching YouTube clips of conservative provocateurs lambasting liberals. He served as a congressional intern for longtime Miami Rep. Ileana Ros-Lehtinen, a Republican, and joined a conservative college group.

But something began to shift during the 2016 election. Donald Trump and the Republican Party's increasingly hostile stance toward immigration alienated Vila, though he agreed with the party on other issues.

Course readings led him to question his beliefs further. He started attending left-leaning campus events, interacting with students of varying racial and socioeconomic backgrounds. He discovered a Miami beyond his manicured suburban neighborhood.

By year's end, he had developed a disdain for capitalism and the political right. Now the sociology and geography major wants sweeping reforms, including Medicare for all, free access to higher education and a Green New Deal.

Americans who came of age during the last recession often embrace a larger government role in social policy. They cite stagnant wages, student loan debt and a decrease in employer-sponsored health insurance and pensions, according to University of California-Irvine political sociologist Edwin Amenta.

Younger Americans are less threatened by socialism than older generations, who might associate it with Soviet or Chinese rule, he said.

More than half of Miami-area Cuban Americans are Republican, though an increasing number register as independent, according to a 2018 Florida International University poll.

Their Republican allegiance dates to Ronald Reagan's 1980 presidential campaign and its emphasis on destabilizing left-wing governments, according to Guillermo Grenier, researcher for the Cuban Research Institute at Florida International University.

"Reagan made it clear that the foreign policy of the Republicans would most benefit Cubans if they wanted to go back to Cuba," Grenier said.

Although they remained here, being Republican became "kind of like an identity" for generations of Cuban Americans, he said.

The shift away from that identity has put conservative lawmakers on the defensive, especially in Florida, where Republicans have deployed what some observers call "Red Scare" tactics reminiscent of the anti-communist fervor of the 1950s.

Other young Cubans are unmoved.

The Sanders supporter from Miami Beach is perplexed by older Cuban Americans who oppose any left-leaning candidate while benefiting from Social Security and government-subsided health care. Although he understands many were traumatized by events that lead to their exile, "nobody leaves Cuba because they are running away from socialized health care and universal access higher education," he said. They fled a dictatorship.

Curtis Hierro is also a socialist. The 32-year-old labor organizer, whose father joined thousands of Cuban refugees who migrated to Miami during the 1980 Mariel boatlift, said his generation is ready to invest in a "political system and economy that is just for working people" even if it means ruffling a few feathers.

Vila's mother, a hospice nurse, remembers many political arguments with her son.

"Socialism hasn't worked in any country in the world," said Milankys Lazo, 45, who speaks with the same passionate conviction as her only child.

Their arguments intensified. Lazo warned that his activism could endanger the family. Although bluffing, she suggested he would have to move out if he persisted.

"Honestly, I learned that Andy is an unwavering individual," she said. His morals were stronger than his own desire for comfort.

Vila balks at the idea that he is betraying his people. He is proud of his roots and speaks a flavor of Spanish ripe with tones from Cuba's countryside, but declared he is "very much an American" troubled by the state of the nation. He believes socialism will improve his family's life.

In Little Havana, the heart of Miami's Cuban community, he walked past Cold War monuments and gazed into a park where elderly men played dominoes, many hoping to one day to return to a capitalist Cuba.

"If I told them I was a socialist, they would kill me," Vila joked.

At nearly the same time, Republican Sen. Marco Rubio of Florida denounced democratic socialism, hinting it could turn the U.S. into a failed state similar to countries many Americans escaped.

"They are so afraid of us," Vila said. Young Cuban Americans are more concerned with current problems. "My opinions are based on the hardships that I've seen people go through here."
at August 25, 2019