Foxx plans to wait out Dan Webb by busying herself with silly shit. 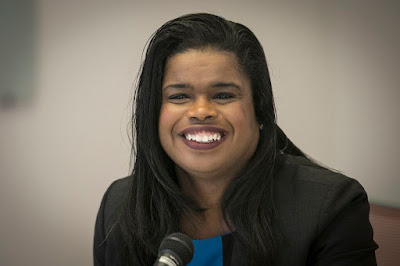 the model of incompetent and inefficient government

“When it was time to, in essence, flip the switch, we didn’t want to be like other jurisdictions who were months and years out, trying to figure out how to provide relief,” said Foxx.

Foxx’s move to partner with Code for America, which has worked to identify similar convictions in a handful of counties in California, comes just over two months after lawmakers in Springfield voted to legalize marijuana statewide.

“When it was time to, in essence, flip the switch, we didn’t want to be like other jurisdictions who were months and years out, trying to figure out how to provide relief,” said Foxx, who first vowed in January to expunge misdemeanor pot convictions.

Illinois’ sweeping expungement plan was part of state lawmakers’ push to use the cannabis legislation to emphasize social justice and attempt to address the negative effects of past drug policies.

Cook County will be able to vacate cases itself and not have to go through Prisoner Review Board, Foxx’s office said.

Officials estimate roughly 770,000 pot convictions are eligible for expungement in Illinois. While Foxx hopes to begin the process in Cook County when the pot law goes into effect, Code for America hasn’t started identifying specific cases and it’s unclear exactly how many of those convictions stem from Cook County.

“Obviously we’re marrying what we’re trying to do here first, in the Cook County policy that was then codified in the state law, with technology and innovation,” said Foxx.


Cook County convictions — as well as arrests, charges and orders of supervision or qualified probation — of amounts under the new legal limit will be eligible for expungement, as long as a year has passed since the offense happened. Once a record has been wiped clean, the Cook County clerk’s office will mail a notice to the individual’s last known address.

Cannabis offenses that are coupled with other offenses or charges aren’t eligible for automatic expungement, Foxx’s office said. Individuals will, however, be able to petition the clerk to have them wiped clean.

Jennifer Pahlka, Code for America’s founder and executive director, said the nonprofit will will be able to run software that reads criminal records, determines which cases are eligible for expungement and automatically completes forms to be filed with the courts.

“To be able to look at this amount [of convictions] … would require a lot of personnel time and technology, for which we’ve had restraints here in Cook County. The innovation that [Code for America brings] to this work by being able to easily process this information, identify eligibility, populate forms with that information and generate the necessary documents will allow us to provide conviction relief, we think, in a really timely fashion,” Foxx noted.

So far, the software has been used to identify at least 67,000 convictions in four California counties, including San Francisco and Los Angeles, according to Code for America. After a final county is brought into the pilot program, Code for America will release an open source toolkit that will help California’s 53 other counties expunge their own convictions.

“We hope it’s part of a larger agenda that gets people to challenge the conventional thinking about how our government can work,” Pahlka said.

Foxx said Code for America was offering its services at no cost to the county, but taxpayers will have to foot the bill for mailing the notifications and other administrative costs.

“In weighing the benefits of this — the ability for people who can have their records vacated and expunged to be able to find employment and housing and other things that will allow them to be contributing, taxpaying members of Cook County — is pretty significant,” Foxx said.
at August 27, 2019