The sorry state of our government / Justice Dept. needs to be flushed out. 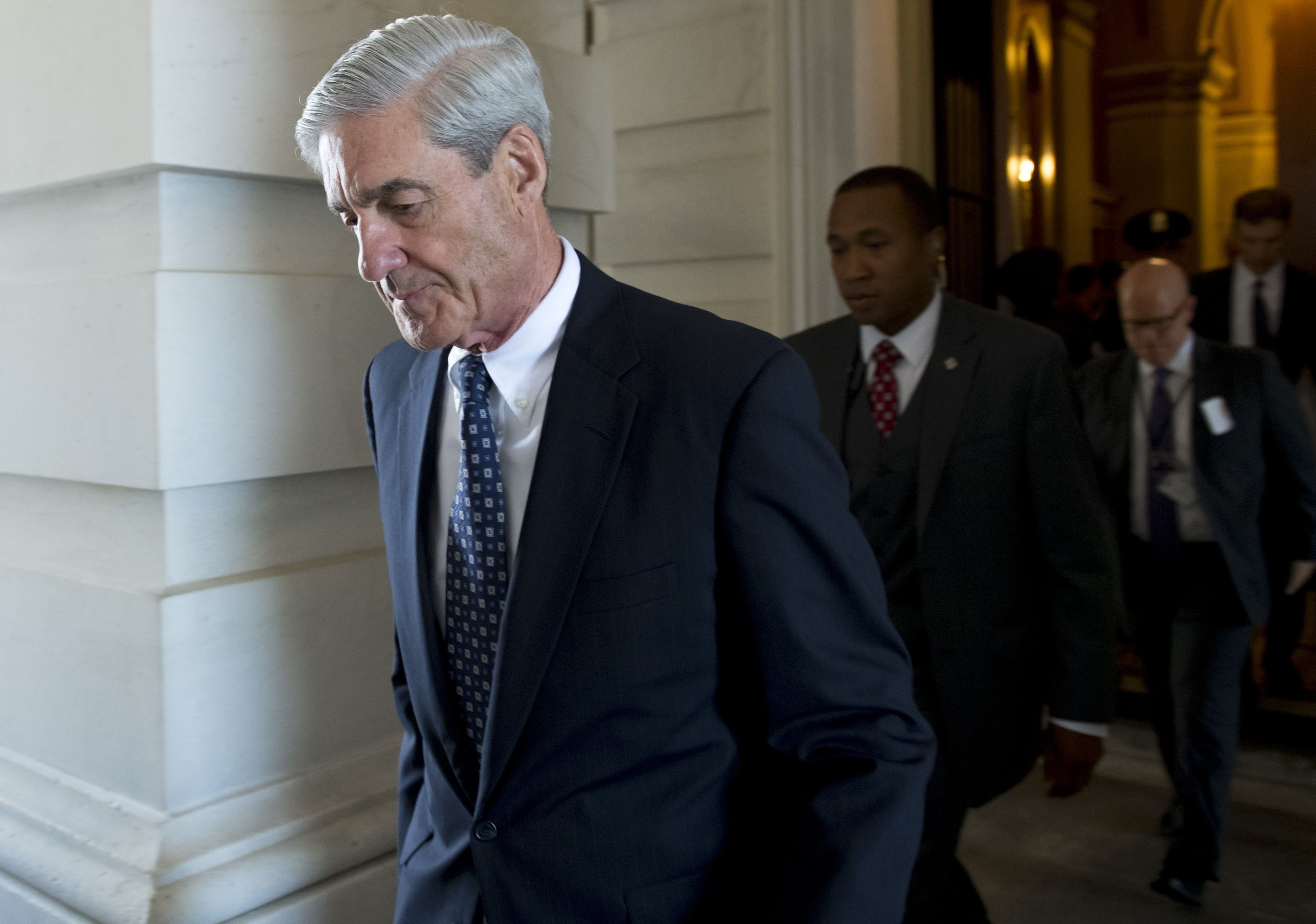 By
Holman W. Jenkins, Jr.
Oct. 24, 2017 6:17 p.m. ET
1573 COMMENTS
Let’s give plausible accounts of the known facts, then explain why demands that Robert Mueller recuse himself from the Russia investigation may not be the fanciful partisan grandstanding you imagine.
Here’s a story consistent with what has been reported in the press—how reliably reported is uncertain. Democratic political opponents of Donald Trump financed a British former spook who spread money among contacts in Russia, who in turn over drinks solicited stories from their supposedly “connected” sources in Moscow. If these people were really connected in any meaningful sense, then they made sure the stories they spun were consistent with the interests of the regime, if not actually scripted by the regime.
The resulting Trump dossier then became a factor in Obama administration decisions to launch an FBI counterintelligence investigation of the Trump campaign, and after the election to trumpet suspicions of Trump collusion with Russia.
We know of a second, possibly even more consequential way the FBI was effectively a vehicle for Russian meddling in U.S. politics. Authoritative news reports say FBI chief James Comey’s intervention in the Hillary Clinton email matter was prompted by a Russian intelligence document that his colleagues suspected was a Russian plant.
OK, Mr. Mueller was a former close colleague and leader but no longer part of the FBI when these events occurred. This may or may not make him a questionable person to lead a Russia-meddling investigation in which the FBI’s own actions are necessarily a concern.
But now we come to the Rosatom disclosures last week in The Hill, a newspaper that covers Congress.
Here’s another story as plausible as we can make it based on credible reporting. After the Cold War, in its own interest, the U.S. wanted to build bridges to the Russian nuclear establishment. The Putin government, for national or commercial purposes, agreed and sought to expand its nuclear business in the U.S.
The purchase and consolidation of certain assets were facilitated by Canadian entrepreneurs who gave large sums to the Clinton Foundation, and perhaps arranged a Bill Clinton speech in Moscow for $500,000. A key transaction had to be approved by Hillary Clinton’s State Department.
Now we learn that, before and during these transactions, the FBI had uncovered a bribery and kickback scheme involving Russia’s U.S. nuclear business, and also received reports of Russian officials seeking to curry favor through donations to the Clinton Foundation.
This criminal activity was apparently not disclosed to agencies vetting the 2010 transfer of U.S. commercial nuclear assets to Russia. The FBI made no move to break up the scheme until long after the transaction closed. Only five years later, the Justice Department, in 2015, disclosed a plea deal with the Russian perpetrator so quietly that its significance was missed until The Hill reported on the FBI investigation last week.
For anyone who cares to look, the real problem here is that the FBI itself is so thoroughly implicated in the Russia meddling story.
The agency, when Mr. Mueller headed it, soft-pedaled an investigation highly embarrassing to Mrs. Clinton as well as the Obama Russia reset policy. More recently, if just one of two things is true—Russia sponsored the Trump Dossier, or Russian fake intelligence prompted Mr. Comey’s email intervention—then Russian operations, via their impact on the FBI, influenced and continue to influence our politics in a way far more consequential than any Facebook ad, the preoccupation of John McCain, who apparently cannot behold a mountain if there’s a molehill anywhere nearby.
Which means that Mr. Mueller has the means, motive and opportunity to obfuscate and distract from matters embarrassing to the FBI, while pleasing a large part of the political spectrum. He need only confine his focus to the flimsy, disingenuous but popular (with the media) accusation that the shambolic Trump campaign colluded with the Kremlin.
Mr. Mueller’s tenure may not have bridged the two investigations, but James Comey’s, Rod Rosenstein’s , Andrew Weissmann’s , and Andrew McCabe’s did. Mr. Rosenstein appointed Mr. Mueller as special counsel. Mr. Weissmann now serves on Mr. Mueller’s team. Mr. McCabe remains deputy FBI director. All were involved in the nuclear racketeering matter and the Russia meddling matter.
Let’s stop here. All this needs to be sorted out, but not in a spirit of panic and hysteria. We are a prosperous, successful country, in pretty good shape right now by historical standards, even if our officials behave in the frequently dubious, self-interested way they always have.
But still: By any normal evidentiary, probative or journalistic measure, the big story here is the FBI—its politicized handling of Russian matters, and not competently so.
To put it bluntly, whatever its hip-pocket rationales along the way, the FBI would not have so much to cover up now if it had not helped give us Mrs. Clinton as Democratic nominee and then, in all likelihood, inadvertently helped Mr. Trump to the presidency.
Appeared in the October 25, 2017, print edition.
at October 26, 2017