With President Trump in charge, the survivalist movement — long a pastime of the right — is picking up local progressive converts fast. 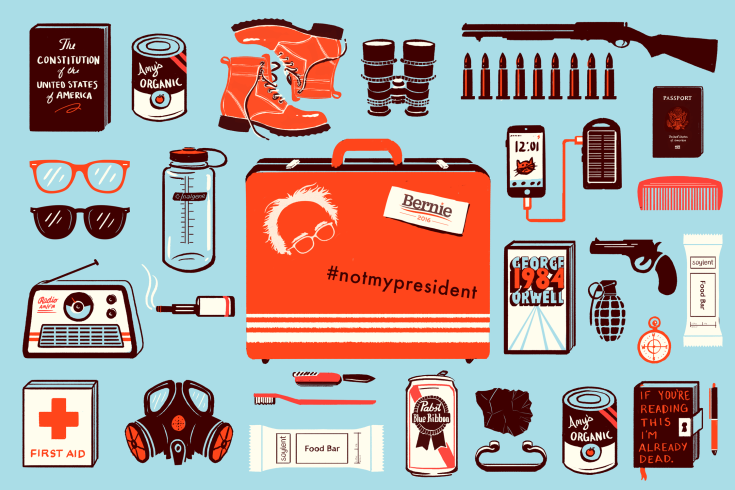 Jan 17, 2017 at 8:26 AM ET
Pat O'Hara got his FOID card and bought a shotgun four weeks before November’s election.
An unapologetic liberal, he was no fan of firearms. He had never owned one before. But O'Hara, a 31-year-old from Beverly, couldn’t shake his fears of a Donald Trump presidency — and all of the chaos it could bring. He imagined hate crimes and violence waged by extremists emboldened by the Republican nominee’s brash, divisive rhetoric. He pictured state-sanctioned roundups of Muslims, gays, and outspoken critics.
“I kept asking myself, ‘Do I want to live under tyranny?'” said O'Hara, who supports Tom Dart, Bill Cunningham and supported Bernie Sanders in the Democratic primary and later backed Hillary Clinton. “The answer was absolutely not.”
With Trump now in the White House, O'Hara's preparing for the worst. He’s made “bug-out bags” stuffed with ammo, energy bars, and assorted survival gear for his wife and their three cats. He’s begun stowing water and browsing real estate listings in North Beverly, which he’s determined to be a “liberal safe-haven.” Last month, O'Hara added a BB gun to his arsenal. On weekends, he and his wife can be found in the Dan Ryan Woods practicing their survival skills. Next month, they are going to be attending a 2-day course on assault tactics, in Racine, Wisconsin.