Over the years, we’ve read more than our share of sad, sick and/or sadistic stories.This one however is one of the more f’d up ones:
“Allen McDowell, 23, of the 4000 block of North Sheridan Road, was arrested last week with the Ventra card of a man with cerebral palsy who says he was raped Feb. 2 in the Downtown park, prosecutors said.
The details came to light Friday, when McDowell and five others were charged with various crimes in Cook County Circuit Court. McDowell was charged with armed robbery, robbery, aggravated battery to a transit employee/rider, aggravated criminal sexual assault and aggravated armed robbery.
Prosecutors allege McDowell met the 26-year-old rape victim Downtown, where they shared a cigar and alcohol in an alley.
The pair then headed to Grant Park, where McDowell threatened the victim with a heavy object and told the man he’d killed people before, according to prosecutors. McDowell allegedly raped the man and forced him to perform oral sex before stealing the victim’s wallet, cellphone and Ventra card.
McDowell and five others would continue a string of Downtown robberies and batteries last week until Feb. 10, when they were arrested. In one robbery, the offenders beat a CTA passenger with a hammer until he lost consciousness.”
The only thing missing from this story is the “turning his life around” happy ending. In any event, all those charges should be good enough for time served and he’ll be back on the street in 6-9 months turning other peoples’ lives around, again, still.
24 Comments  |  View all Enlightening Commentary
2016 StatsShortlink

2009-2012 stats account for CPD incidents only. 2013-2016 may include other police forces within Chicago, such as the Illinois State Police, Cook County Sheriff or various 3 lettered federal agencies. Historical data pulled from Independent Police Review Authority.
2016 StatsShortlink


*Victim metrics only include homicides. Assailant metrics only account for those incidents where either an arrest has been made, part of a murder/suicide, self defense or if it involved the police.
2016 StatsShortlink 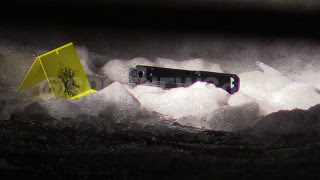 Warning: some of the images found within the Gallery may be graphic. View full Gallery
2015 Stats, 2016 StatsShortlink

The clearance rate is a calculation of Total Homicide Suspects Charged/(Total Homicides – Police involved – Self Defense – Murder/Suicides). Regardless of how many people are charged in relation to a single homicide, it’s only counted as one suspect for calculation purposes. The rate has nothing to do with criminal proceedings and convictions (or lack thereof).
2016 StatsShortlink
2015 Stats, 2016 Stats, SupportShortlink 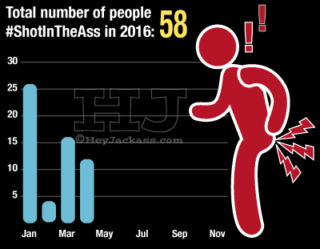 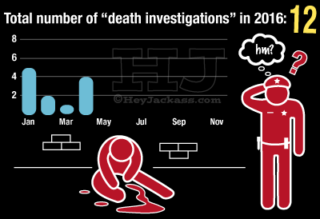 2016 StatsShortlink
Remove Your Eye Bags In Under 2 Minutes
12 Celeb Deaths Hidden From The Media
16 Celebrities That You Forgot Committed Horrible Crimes
15 Awesome Images Of Military Hardware In Action
Sponsored by Revcontent
2015 Stats, 2016 StatsShortlink

If you’re interested in listening to Chicago mayhem, invest in a quality scanner or a cheaper two-way radio and tune in to the frequencies below:
If you’re not local, head over to either the Apple or Google app store and download a scanner app or check out Broadcastify’s Live Audio Feeds.
2014 Chicago Crime & Murder Stats, 2015 Stats, 2016 Stats, Chicago Murder, Homicide & Crime 2013 StatsShortlink

We compile our own dataset using the following sources: Chicago Tribune, Chicago Sun-Times, Homicide Watch Chicago, DNAInfo Chicago, (no longer updated), NBC5 Chicago, Chicago Tribune’s Shooting Tracker &Homicide Tracker, City of Chicago Data Portal and CPD CLEARMAP.
Community areas and neighborhoods are determined by the Chicago Tribune’s Boundaries App.
Editor’s note: All murders are homicides, but not all homicides are murders. We count homicides, whereas the CPD counts murders. A homicide, regardless of type or by whom, within the city limits of Chicago counts towards our total metric. CPD-involved, ISP-involved and justifiable homicides all count. Reckless homicides may count if the Medical Examiner rules that the cause of death was a homicide. Suicides do not count. Additional definitions can be found on the Glossary page.
2014 Chicago Crime & Murder Stats, 2015 Stats, 2016 Stats, Chicago Murder, Homicide & Crime 2013 Stats, Chicago Murder, Homicide, Crime 2012 StatsShortlink