Madigan and Daley (Richard J. that is) 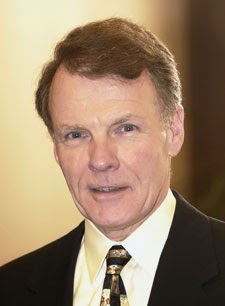 The late Mayor Richard J. Daley and House Speaker Michael J. Madigan are arguably the state’s two most powerful Democratic political figures of the past century, but until last week, I’d never stopped to consider the influence of the one on the other.


Then the University of Illinois at Chicago made public a transcript of an interview with Madigan as part of the elder Daley’s historical archives, and everything came into sharper focus.
In the revealing 2009 chat with UIC historian and professor emeritus Robert Remini, Madigan spoke reverently of the former mayor as a mentor who taught him the ropes of political leadership and the exercise of power.

In the process, the always guarded speaker offered some rare insights into his own thought processes.
Madigan said he keeps the mass card from the funeral of Daley’s
late wife, Eleanor “Sis” Daley, bearing a photo of the couple, mounted on his desks in Springfield and his Chicago law office.


“So, when I’m sitting there and trying to make a tough decision, I’ll look over at him and just ask myself, ‘What would he do?’ It’s very helpful,” Madigan said.
Asked by Remini if Richard J. Daley was a “boss,” Madigan said:
“Absolutely, he was a boss. He should be. He had to be a boss. Everywhere in life, everywhere in the world, there has to be bosses,” said Madigan, whose own strong but deft ruling style long ago earned him the nickname the Velvet Hammer.

Returning later to the subject of Daley as a “strong person,” Madigan observed: “There are all kinds of people in this world. Some were like the mayor. They were involved in major matters. Others are not. They’re involved in minor matters. Some are strong. Some are weak. In my life, I live in a lot of situations where you’d better be strong or you’re going to be gone.”

You’d better be strong, or you’re going to be gone. They could chisel that into Madigan’s headstone now, not that I expect he’ll need one any time soon.
Remini asked Madigan if he was tough, too.

“Go down to Springfield and ask some of the people down there,” Madigan laughed.

Democratic leaders of both houses meet on the House floor in Springfield in 1975. Senate President Cecil Partee, standing at lower right, talks to a seated Rep. Gerald Shea as Rep. Michael J. Madigan talks on the phone with state Sen. Richard M. Daley kneeling alongside. AP File Photo
But the speaker didn’t just leave it at that, instead going on to add: “You know, in government, you’ve got to make decisions. Somebody’s going to be happy. Somebody’s not going to be happy. In politics day to day, you try not to make enemies. You try not to make people not happy. But then, as you go along, from time to time, you have to say, ‘Here, this is the line. I know you don’t like it, but this is the line. This is where we’re going to go.’”

Madigan, as we know, has drawn a line for the new Republican Gov. Bruce Rauner, who is not happy, and now we’re waiting to see where we’re going to go.

Madigan was Daley’s right hand man in Springfield during the last two years of the mayor’s life, meeting with him weekly and strategizing by phone almost daily.
The mayor arranged for Madigan to be installed as House assistant majority leader in 1975 as part of a deal to give the speakership to Bensenville’s William Redmond.
“I learned a lot just by being around him,” Madigan said of Daley.
In a story that Rauner might want to note, Madigan spoke with admiration of how Daley went out of his way to pick a political fight over education funding with then-Gov. Dan Walker — a fight that made no sense to Madigan until he realized it was all for the purposes of setting up the governor for defeat in the next election.
Although Madigan’s own ascension to speaker came six years after Daley’s death in 1976, he says plainly: “That wouldn’t have happened without him.”
The Madigan interview is among the transcribed oral histories from 59 of Daley’s colleagues, friends and relatives placed online last week by UIC, which is the repository of the Richard J. Daley Collection.
Remini asked Madigan if he would consider donating his own papers to the university when he retires.
“I might burn all of my stuff,” Madigan said with a laugh.
Mark Brown