Hillary Clinton for President in 2016. Are you excited? Can she win? 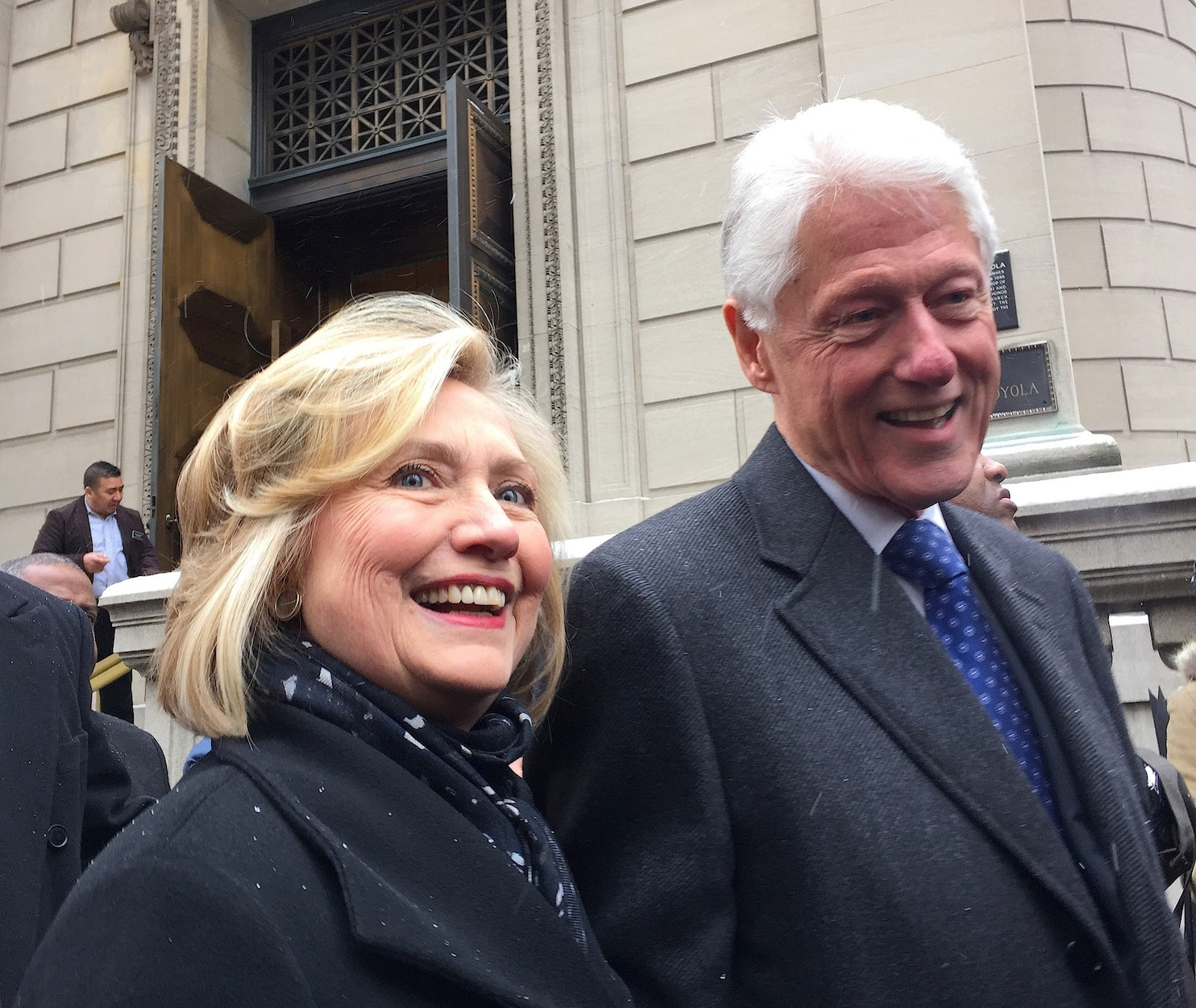 Hillary Rodham Clinton, with Bill Clinton in New York after the the funeral of former New York governor Mario Cuomo (D) on Jan. 6, has added marketing experts to her team of advisers. (Selcuk Acar/Anadolu Agency via Getty Images)
By Philip Rucker and Anne Gearan February 21


Is Hillary Rodham Clinton a McDonald’s Big Mac or a Chipotle burrito bowl? A can of Bud or a bottle of Blue Moon? JCPenney or J. Crew?
As she readies her second presidential campaign, Clinton has recruited consumer marketing specialists onto her team of trusted political advisers. Their job is to help imagine Hillary 5.0 — the rebranding of a first lady turned senator turned failed presidential candidate turned secretary of state turned likely 2016 Democratic presidential nominee.
Clinton and her image-makers are sketching ways to refresh the well-established brand for tomorrow’s marketplace. In their mission to present voters with a winning picture of the likely candidate, no detail is too big or too small — from her economic opportunity agenda to the design of the “H” in her future campaign logo.

“It’s exactly the same as selling an iPhone or a soft drink or a cereal,” said Peter Sealey, a longtime corporate marketing strategist. “She needs to use everything a brand has: a dominant color, a logo, a symbol. . . . The symbol of a Mercedes is a three-pointed star. The symbol of Coca-Cola is the contour bottle. The symbol of McDonald’s is the golden arches. What is Clinton’s symbol?”
Clinton’s challenge is unique. Unlike potential Republican challengers of relatively middling fame who are introducing themselves to a national audience for the first time, Clinton is almost universally recognized. Love her or loathe her, potential voters know who she is after more than two decades in public life. Hillary Rodham Clinton’s brand has evolved considerably since she campaigned with Bill Clinton in 1992. Here, the two appear on CBS’s “60 Minutes.” (AP)
Or they think they know.
As Clinton and her advisers conceptualize her 2016 image, her own history shows the potential for peril.
In politics, authenticity can be a powerful trait, and it is one that sometimes has escaped Clinton. In her 2008 presidential campaign, despite some raw displays of emotion, she often came across as overly programmed.
In 2016, a challenge for Clinton will be adapting to the political moment with a fresh image while remaining true to her settled identity. “Look at Budweiser,” said a former campaign adviser to President Obama, who spoke on the condition of anonymity to talk candidly. “That’s what Hillary Clinton is. She’s not a microbrew. She’s one of the biggest, most powerful brands ever in the country, and recognizing that is important.”