Updated (8:35 p.m. Saturday): Austin police chief Art Acevedo apologized for a comment he made during a press conference regarding the arrest of Amanda Jo Stephen, who was arrested Thursday after crossing the intersection of 24th and San Antonio streets.
In the press conference Friday, Acevedo said the public had overreacted to the incident.
"In other cities there's cops who are actually committing sexual assaults on duty, so I thank God that this is what passes for a controversy in Austin, Texas," Acevedo said.Acevedo said his comments were the result of a strenuous week for the department.   "I attempted to place the arrest into context by bringing attention to the fact that law enforcement deals with many acts of serious misconduct," Acevedo said. "In hindsight I believe the comparison was a poor analogy, and for this I apologize."
Updated (6:45 p.m. Friday): At a press conference held Friday, APD police chief Art Acevedo addressed the recent arrest of 24-year-old Amanda Jo Stephen, who was taken into custody Thursday after crossing an intersection at a red light. Stephen was formally charged with “failure to identify” and “failure to obey a pedestrian control device” and was released from Travis County Central Booking Thursday evening.
Acevedo said the arrest occured in the midst of a West/North Campus traffic initiative which began Feb. 1. Acevedo said the initiative’s purpose is to reduce the number of traffic violations made by drivers, bicyclists and pedestrians. 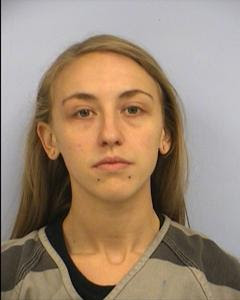 According to Acevedo, 28 pedestrians were stopped and seven citations were issued specifically for disregarding pedestrian control devices Thursday.
“Our goal is to change behavior, and not necessarily to write tickets or take people to jail,” Acevedo said. “This week, we’re actually focusing on pedestrian violations. The initiative will continue for some upcoming weeks, utilizing the resources of district representatives.”
According to Acevedo, there have been 96 deaths related to pedestrian-involved incidents and 1,757 pedestrians injured in traffic crashes in in the past five years.
“I’d rather have everybody angry at me and my officers, then to see a young person lose their life needlessly,” Acevedo said. “I’d rather be up here talking about this, than going to our 97th fatality involving a pedestrian or 1800th injury involving a pedestrian.”
When arresting Stephen, officers took the appropriate actions, Acevedo said.
“I don’t buy that you can’t hear an officer yelling at you to stop,” Acevedo said. “I’ll give the benefit of the doubt initially, but when the officer is right by you and can see the hat and he’s looking at your face, you should be able to know what’s going on.”
Acevedo said Stephen disregarded the officer’s lawful request for her to identify herself and verbally resisted the arrest.
“All that young lady had to do when she was asked for her information was to provide it by law, “ Acevedo said. “Instead of doing that, she decided to throw [herself] to the ground – officers didn’t sit her down – and she did the limp routine.”
According to Acevedo, Stephen was handcuffed after telling the officer not to touch her. Acevedo said the public outcry following the arrest did not faze him.
“Thank you lord that it’s a controversy in Austin, Texas that we actually have the audacity to touch somebody by the arm and tell them ‘oh my goodness, Austin Police, we’re trying to get your attention,’” Acevedo said. “Quite frankly, she wasn’t charged with resisting, and she was lucky I wasn’t the arresting officer because I wouldn’t have been quite as generous.”
at February 24, 2014