Maybe they should just turn pro 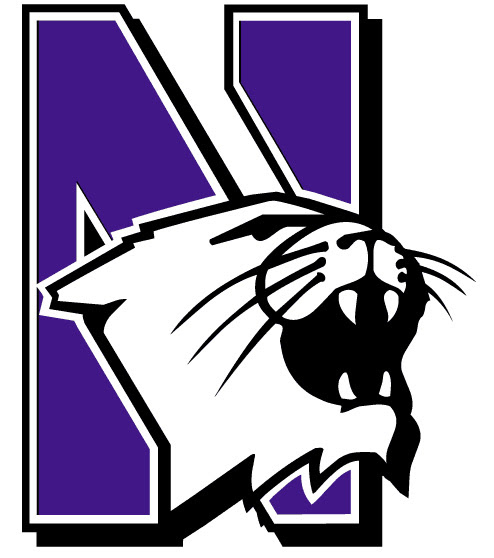 'It truly is a job,' college quarterback tells labor board


Northwestern quarterback Kain Colter at a hearing Tuesday detailed a grueling football schedule that he contends didn't allow him to pursue his dream of becoming an orthopedic surgeon.
Colter, a senior whose college career is over, was the key witness of the College Athletes Players Association, a recently formed union that filed an election petition in January with the National Labor Relations Board. The union is seeking to unionize Northwestern football players who receive scholarships.
Before an election can take place, the NLRB must decide whether Northwestern football players are employees of the university. Colter is the only player expected to testify before an NLRB hearing officer in Chicago. The union is expected to call its second and final witness, an economist, on Wednesday.
The hearing is scheduled to continue through Friday, with Northwestern witnesses taking the stand after the economist. The school declined to name its witnesses.
Colter said he tried to meet class requirements needed to apply to medical school but he was unable to do so because he couldn't miss football practice or related activities such as workouts and meetings.
As a result, he said, he switched to psychology, a less challenging major that allowed him to continue to succeed academically and meet his football obligations.
"It truly is a job," Colter said. "There is no way around it."
Colter spoke of 50- to 60-hour workweeks for players, saying they have to prepare for opposing defenses because "the guys on the other side of the ball want to rip your head off. The plays are changing every week. It's like war.
"I like to think of it like the military/Navy SEALs. They spend months and weeks preparing for operations," Colter said. "It's the same thing as football. We spend months getting ready for our operations."
In exchange for his labor, Colter said he receives about $75,000 in compensation, including tuition and a monthly stipend for room and board. The figure, he said, was in a form Northwestern sent to his parents.
During cross examination, Anna Wermuth, an attorney representing Northwestern, asked Colter if he received a check from the university to pay for his tuition.
"The university pays itself," Colter said.
Wermuth asked if he paid taxes on the stipend or the tuition money.
"I have no idea," said Colter, who kept calm during the more than five hours of detailed questions from attorneys on both sides. Colter listened attentively to questions and kept his answers short.
Wermuth pressed further and asked if he signed the tax returns. Colter told her that his mother files his taxes. He trusts her, he said, so he doesn't check the filings.
When asked if he thought there was nothing educational about playing football, Colter said he learned human values, but football didn't help him learn chemistry.
"It made it a lot harder," he said.
At the end of her cross examination, Wermuth asked Colter if he understood that Northwestern "standing alone" has no control over what the National Collegiate Athletic Association requires. Furthermore, she said, as an employee of Northwestern he would have no right to bargain with the NCAA.
"There are a lot of things we can negotiate through Northwestern," Colter said, adding that the union could bargain with Northwestern over medical coverage and financial aid that is longer than four years.
As an employer, the burden falls on Northwestern to prove its stance that student-athletes are first, foremost and always students as opposed to employees.
"Frankly, Northwestern has a great deal of difficulty understanding why it was chosen as a test case," said Alex Barbour, another attorney representing Northwestern, in his opening statements Tuesday.
"The reality is that Northwestern is not a football factory. It is first and foremost a premier academic institution. Student-athletes receive a world-class education, free tutoring services, core academic advice and personal and career development opportunity," he said.
Barbour said scholarships come with "no strings attached" and "have no bearing" on the actual performance of players because a standout gets the same deal as a player who never sets foot on the field.
"How that would be considered compensation simply defies logic," Barbour said.
Barbour said academics trump athletics at Northwestern, and that has led the football program to have a 97 percent graduation rate, highest among all Football Bowl Subdivision schools.
Barbour also said collective bargaining would create "competitive balance issues" among public and private (unionized) programs, issues with nonrevenue sports and Title IX, and would require a "complete overhaul" of governing structure at the NCAA and Big Ten levels.
Scholarship athletes "are, at best, temporary employees, based on their transitive nature … they cannot in any sense form the nucleus of a collective bargaining agreement."
A school official said Northwestern attorneys will not attempt to defend the NCAA and how other football programs conduct business.
The union's attorney, John Adam, argued that players are "subject to the fundamental rule — no work, no compensation. And they earn their compensation with their blood, sweat and tears."
"Northwestern football players must be disciplined, must be fit, must be diligent, resilient and smart," Adam said. "They must be dedicated, they must put in long hours year-round. We will show that being a football player at Northwestern is hard work. It is work. It is a labor of love, but it is labor."
Adam said Northwestern is a good employer and players appreciate what the school does for them, but at the same time, they want a voice in their working conditions, their health and safety, their insurance and medical treatments for injuries that stay with them long after football.
The team must be the football players' top priority, he added. They are students, as well, but if they do not meet their football obligations, they may not be students for long. Thus, he said, they are workers entitled to protections under federal labor law.
acancino@tribune.com
tgreenstein@tribune.com
Copyright © 2014 Chicago Tribune Company, LLC

Email ThisBlogThis!Share to TwitterShare to FacebookShare to Pinterest
Labels: Thoughts