Pat Quinn is the "Walking Dead" 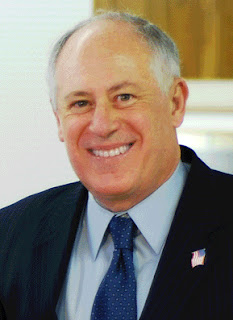 The polling firm We Ask America asked 1,057 likely Illinois voters to weigh in on Gov. Pat Quinn’s performance.
The results are not good: 62 percent of respondents disapprove of Quinn's performance as governor.
When the figures are broken down along gender lines, 60 percent of women disapprove and 65 percent of men disapprove.
The numbers differ geographically. In Chicago only 41 percent disapprove, however 77 percent of downstate respondents disapprove.
All these upside down numbers lead the We Ask America pollsters to surmise that some political prognosticators will describe Quinn as the "Walking Dead."