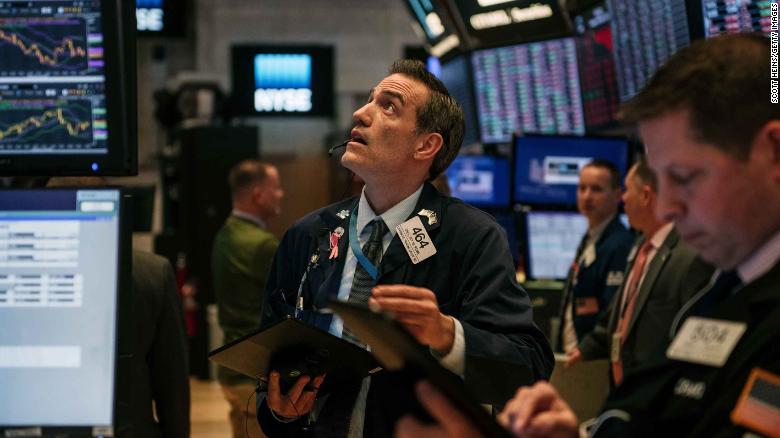 New York (CNN Business)A market meltdown. Surging recession fears. And a sudden spotlight on America's health care system. Goldman Sachs is warning Wall Street that the coronavirus could cost President Donald Trump the election.
The potential political fallout from the coronavirus adds yet more uncertainty for investors trying to assess the impact of the fast-moving epidemic.
"If the coronavirus epidemic materially affects US economic growth it may increase the likelihood of Democratic victory in the 2020 election," Goldman Sachs analysts led by Ben Snider wrote in a report published Wednesday night.
That could be a negative for stocks because investors have been hoping for a continuation of the low-tax, light-regulation approach of the Trump administration. And Trump of course has been laser-focused on boosting stock prices. 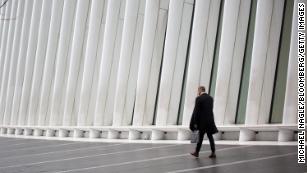 How the coronavirus could spark a severe slowdown or recession in America
It's no secret that a slowing economy can deal a fatal blow to the candidacy of a sitting president. That's what happened in 1992 when Bill Clinton unseated President George H.W. Bush.
In particular, Goldman Sachs notes that economic growth during the second quarter of an election year has been a "key predictor" of past presidential races.

Recession fears rise
Economists are warning that the coronavirus could spark an imminent economic slowdown or even recession. Moody's Analytics chief economist Mark Zandi said he now sees a 40% chance of a US recession during the first half of 2020, up from 20% previously.
Even former Federal Reserve chief Janet Yellen has acknowledged the outlook for the US economy is darkening.
"It's just conceivable that it could throw the United States into a recession," Yellen said at an event in Michigan Wednesday, according to Bloomberg News.
Coronavirus fears are roiling financial markets, with the selloff escalating after US officials confirmed the US coronavirus case of "unknown" origin.
Fearing a recession, the S&P 500 has plunged about 9% this week. That would be the worst weekly percentage decline since the 2008 financial crisis. Oil prices have crashed into a bear market. And demand for safe assets is so strong that 10-year Treasury yields have dropped to record lows.
The CNN Business Fear & Greed Index is flashing "extreme fear," a sharp swing from "neutral" just a week ago.
Of course, investors often overreact, selling first and asking questions later. If the United States avoids a serious outbreak and the economy proves resilient, stocks and growth could rebound quickly.
A Trump defeat would come as a shock to many on Wall Street, who have been comforted by the success of Bernie Sanders during the Democratic presidential nomination.
"Many market participants believe Trump would fare particularly well against Sanders in a general election," Goldman Sachs wrote.

'Thrilled if Bernie wins the nomination'
That helps explain why Trump's reelection chances on prediction platform PredictIt have climbed in tandem with the rise of Sanders.
Up until recently, investors have displayed few jitters about the risk of a Sanders White House. If anything, some analysts have argued that the success of Sanders helped lift stocks to record highs earlier this month because investors felt he'd be an easy foil for Trump.
"The stock market should be thrilled if Bernie wins the nomination," Greg Valliere, chief US policy strategist at AGF Investments, wrote in a note to clients Thursday.
Sanders, a self-described democratic socialist has called for breaking up big banks, providing Medicare-for-All, banning oil and gas fracking and instituting a wealth tax. Sanders also wants to unwind the corporate tax cuts that juiced stock prices.
Although the Sanders platform would face opposition from many in Congress, his election would at a minimum create vast uncertainty for large parts of the US economy.
Goldman Sachs is advising clients not to count Sanders out.
"In contrast with the prevailing market narrative, head-to-head polls show Senator Sanders would be competitive against President Trump in the general election," the firm wrote in the report.
at February 28, 2020