Patrick Doherty, chief of staff for Cook County Commissioner Jeff Tobolski, is accused of conspiring to pay bribes to secure approval for red-light cameras in the suburbs. 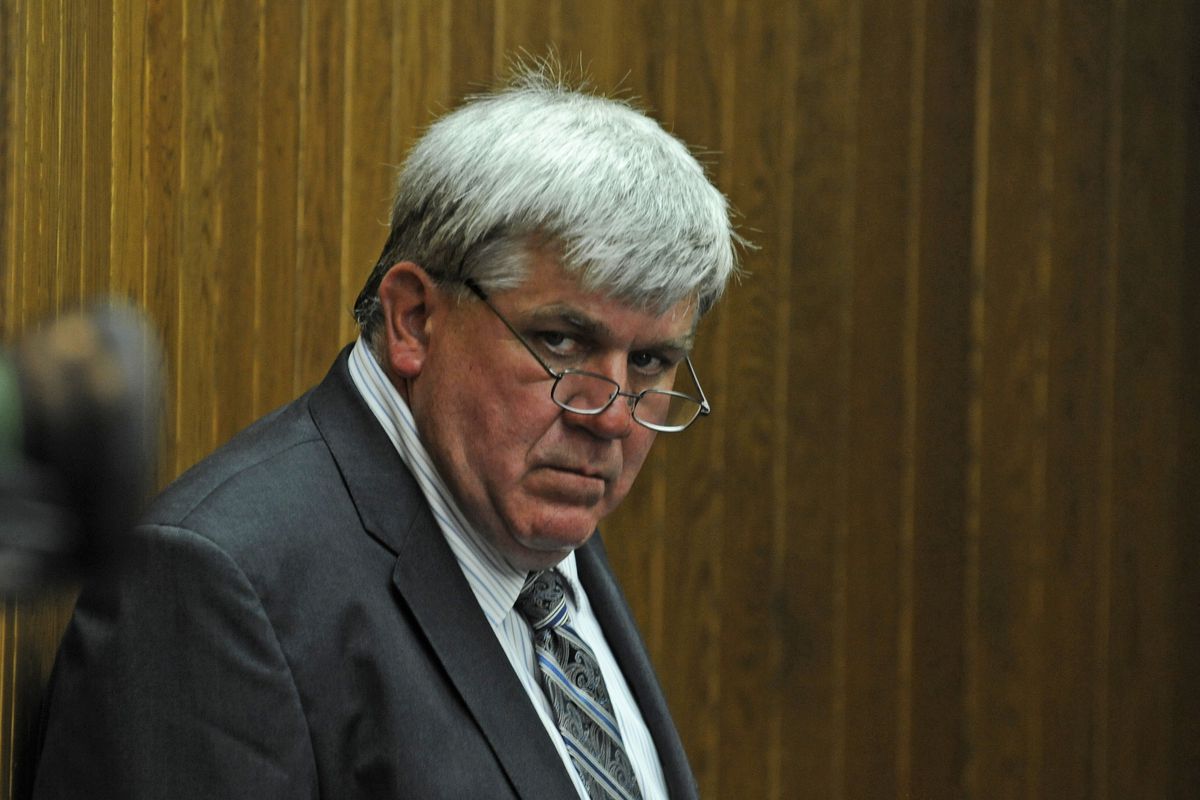 Patrick Doherty, 64, of Palos Heights, has been hit with three bribery charges in an indictment made public Friday. His arraignment has not been set. He faces up to five years in prison on each count.

Doherty has also been working as a paid consultant for SafeSpeed LLC. The indictment alleges he conspired in 2017 with someone with an interest in a red-light camera company — as well as another sales agent — to pay off a relative of an Oak Lawn trustee to support the installation of cameras at additional intersections.

They agreed to pay the relative $4,000 over eight weeks, according to the indictment. Doherty was expected to make the payments from a separate company, it says.

Neither Doherty nor his attorney could immediately be reached for comment.

For the past several years, Oak Lawn used SafeSpeed cameras at 95th Street and Pulaski Road, and at 111th Street and Cicero Avenue. In recent months — as it became clear SafeSpeed representatives were being scrutinized by federal agents — the village decided not to renew its contract, and those cameras are now dormant.

“The product, in itself, is a good product,” Oak Lawn Mayor Sandra Bury said late last year. “But the way the company is operating, you don’t feel good about it.”

Other cameras in town are still operated by a rival firm.

In November, the Chicago Sun-Times reported that soon after SafeSpeed came to Oak Lawn, company and village officials engaged in a behind-the-scenes dispute over how many red-light tickets were being issued, with the company pushing Oak Lawn for more.


More tickets would bring more revenue to Oak Lawn, SafeSpeed and its commissioned sales consultants. Doherty once told the Sun-Times that he receives a “small percentage” from “every ticket that’s paid” in certain communities that use SafeSpeed’s system.

Leading the push for more aggressive ticketing in Oak Lawn were two former legislators from the community: Michael Carberry and John O’Sullivan, the Sun-Times reported.

At the time, Carberry was on the village board, and O’Sullivan was Worth Township’s Democratic committeeman and a sales consultant for SafeSpeed who appeared to be overseeing Oak Lawn’s account.

O’Sullivan was subpoenaed by federal authorities and has retained a defense attorney. 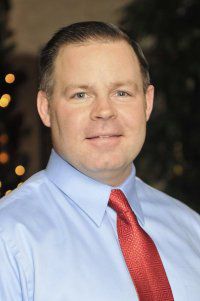 John O’Sullivan, a former state legislator, has been a sales representative for SafeSpeed and was subpoenaed by federal authorities. Sun-Times file

A SafeSpeed spokesman released a statement saying “Mr. Doherty was not a SafeSpeed employee. He was an independent contractor recruited by former SafeSpeed investor Omar Maani to consult on sales. Mr. Doherty had no authority to take actions to bind the company, let alone engage in criminal behavior. SafeSpeed never authorized Mr. Doherty or anyone else to engage in the alleged criminal behavior described in the indictment.”

The case against Doherty could be a fresh sign of trouble for Tobolski, who doubles as the mayor of McCook. Federal agents targeted Tobolski’s municipal office during a September raid that included McCook and other southwest suburbs.

Now his chief of staff is the first county employee to be charged in connection with the feds’ ongoing criminal investigations into public corruption. However, the indictment does not appear to relate to Doherty’s county job.

SafeSpeed is the politically connected red-light camera company in Chicago at the center of the case filed last month against former state Sen. Martin Sandoval. Sandoval admitted taking $70,000 in “protection money” from someone with an interest in the red-light company. Sandoval allegedly worked to ensure legislation harmful to the industry was blocked.

In an interview last fall with the Chicago Sun-Times, Doherty said he had been interviewed by FBI and IRS agents at his home. He also insisted the interview was not about SafeSpeed.

Rather, Doherty said, agents asked about another company run by Maani — who is believed to be cooperating with federal authorities — that has been involved in low-income housing projects in Cicero and Summit. The projects involved the construction of dozens of townhomes and received taxpayer subsidies through county government, Doherty said. 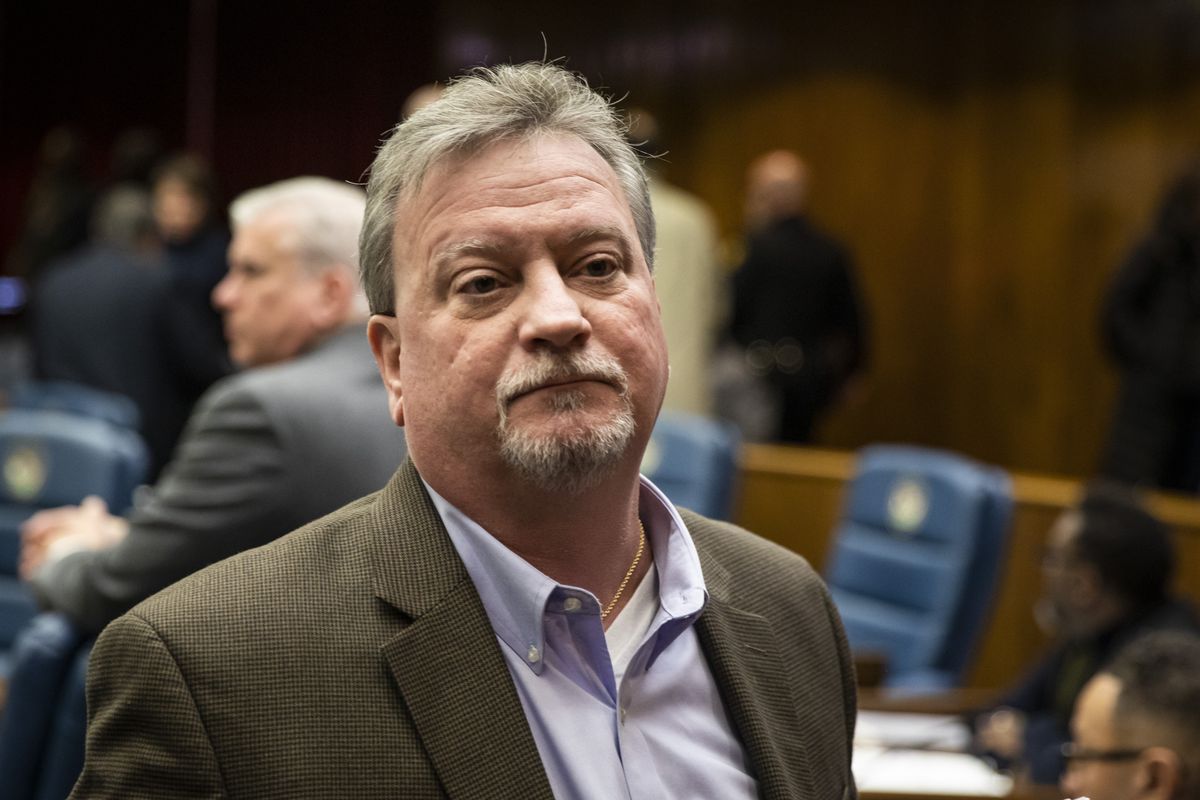 Cook County Commissioner Jeff Tobolski, who doubles as McCook’s mayor. His municipal office and home were raided last fall, but he hasn’t been charged with a crime. Ashlee Rezin Garcia/Sun-Times file

Doherty and Tobolski were involved in getting Maani’s firm that funding, apparently without competitive bidding.

The feds have been widening their net since the beginning of this year. Their corruption investigations went public in November 2018 with the high-profile raid of the offices of Ald. Edward M. Burke (14th). In 2019, they charged Burke, state Sen. Thomas Cullerton and former state Rep. Luis Arroyo. Last month, they pinched Sandoval, who has already pleaded guilty.

Sandoval also admitted accepting more than $250,000 in bribes “as part of criminal activity that involved more than five participants,” and he has agreed to cooperate with federal prosecutors.