Battle lines drawn: Madigan ‘stands by’ his ‘thoughts’ about Arroyo successor selection
And since the ward committeemen ignored Madigan’s warning, the speaker is expected to challenge the qualifications of the woman chosen to replace the criminally charged Arroyo. 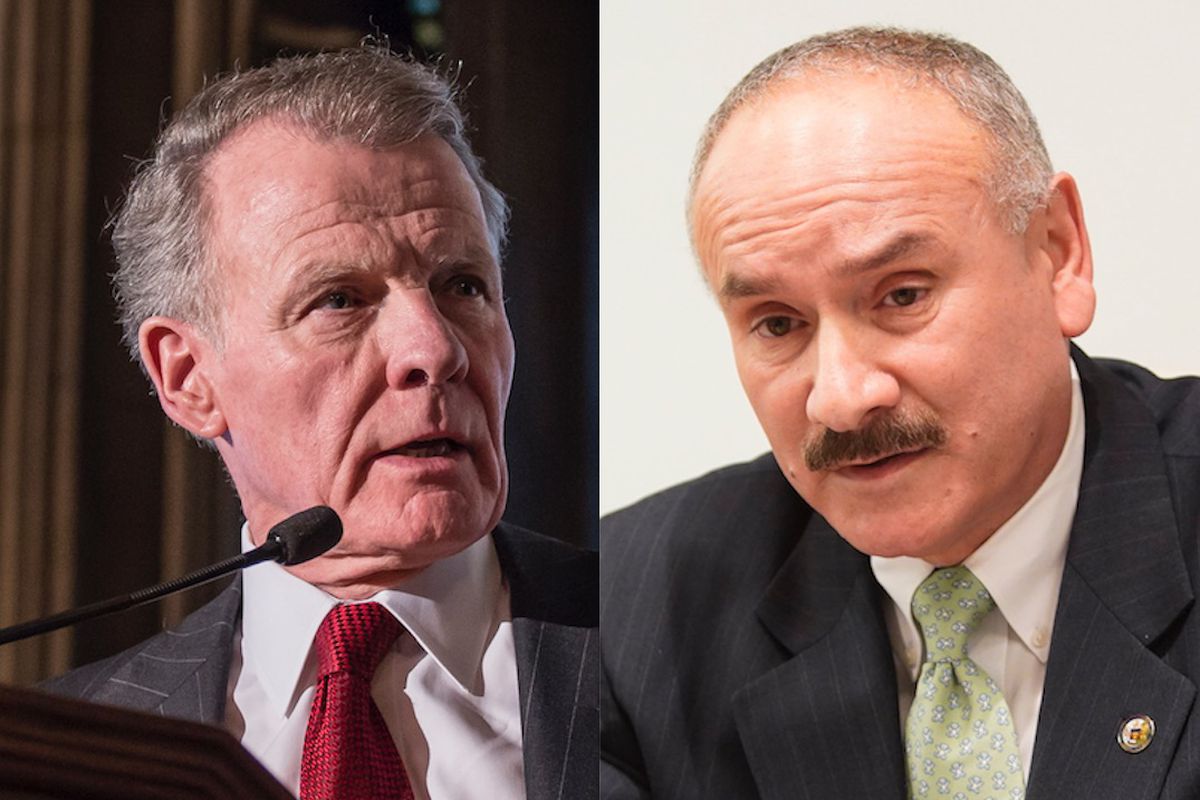 And so now the fight begins.

House Speaker Mike Madigan warned a group of Cook County Democratic committeemen against including former Rep. Luis Arroyo in the process for picking his replacement.

And since they ignored that warning — with 30th Ward Ald. Ariel Reboyras voting as Arroyo’s proxy — the speaker is expected to stick to his stance and challenge the qualifications of Eva-Dina Delgado, the woman chosen to replace the criminally charged Arroyo.

“The speaker offered some thoughts last week, and I think he stands by those thoughts,” Steve Brown, Madigan’s spokesman, said. “He cautioned people from [letting Arroyo be involved in the process], so we’ll see how it all develops in the days and weeks ahead.”

Arroyo resigned from the Illinois House on Nov. 1 after being charged with bribery, but the Northwest Side Democrat resisted calls from party leaders to step down from his post as the 36th Ward Democratic committeeman.

On Friday, eligible committeemen voted to appoint Delgado, who works for Peoples Gas, to Arroyo’s former seat though the final vote tally wasn’t released at the time.

Though Arroyo wasn’t at the meeting in person, Reboyras, who doubles as the 30th Ward committeeman, voted as his proxy, directly going against Madigan’s warning last week that “any involvement by the 36th Ward — whether a direct vote or a vote by proxy would cause the candidate’s qualifications to be challenged by the full Illinois House of Representatives.”

Madigan doubles as state Democratic Party chairman and is also a ward committeeman, although not part of the Northwest Side contingent eligible to vote on Arroyo’s successor.


RELATED
Successor to former state Rep. Luis Arroyo chosen, but one Cook County Democrat says ‘the fix is in’
‘Only in Illinois’? Criminally charged Luis Arroyo wants say in who succeeds him in House
Party over for Burke and Arroyo? Democrats ask ward bosses hit with charges to hit the bricks

Even before the Friday vote, Reboyras fired back, calling Madigan’s request “an illegal and discriminatory effort to disenfranchise Latino voters.” Reboyras also said he would “be forced to sue” Madigan officially and personally “for intentional discrimination against Latinos,” if Madigan did not consider the 36th Ward votes in the selection.

The use of Arroyo’s proxy vote caused a rift in the party. At the Friday meeting, 35th Ward Ald. Carlos Ramirez-Rosa walked out. He said Reboyras was “hell-bent on filling the vacancy with the support and collusion of the disgraced former state rep.”

Of the nine candidates who signed up to speak, three opted to not present their qualifications to the four remaining committeemen, citing the “cloud” Arroyo’s involvement put over the process.

After being selected, Delgado said she’s her own person. 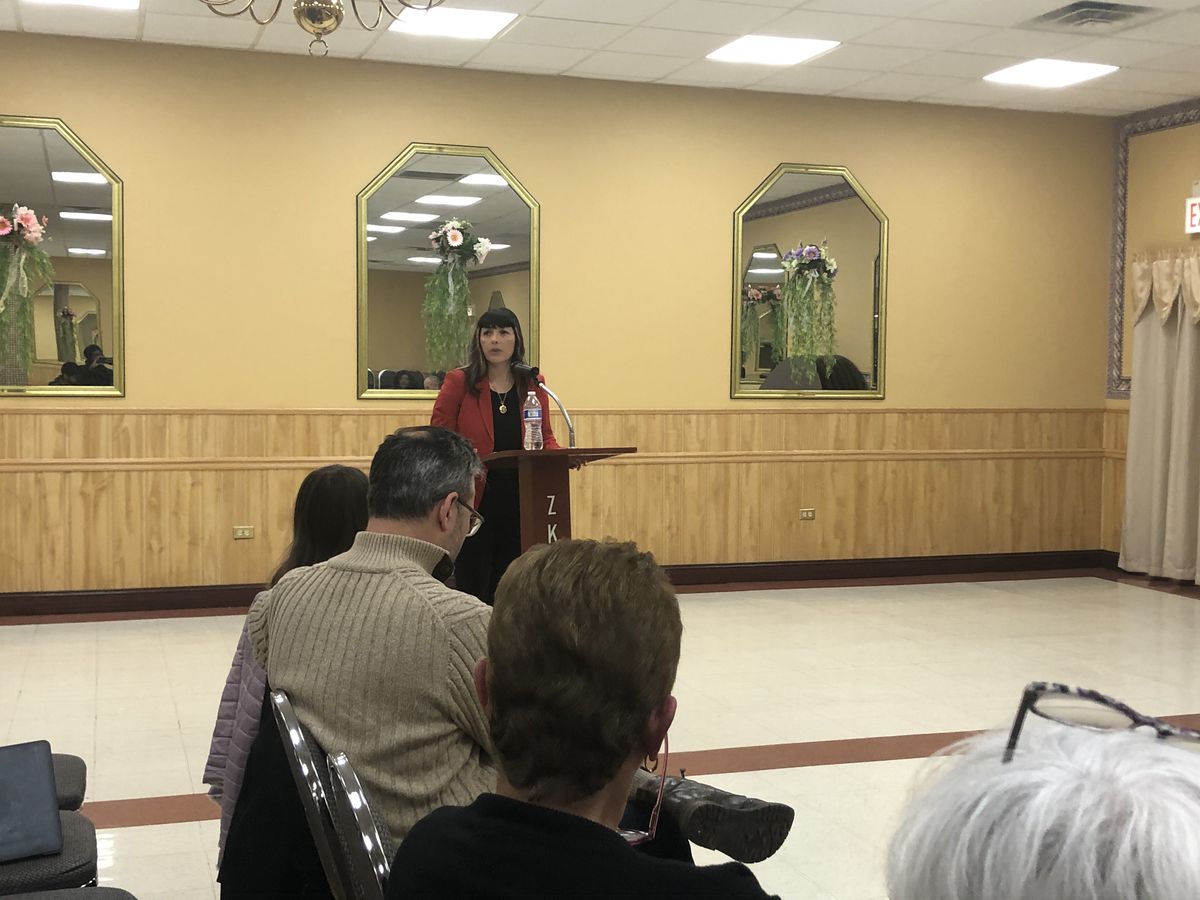 Eva-Dina Delgado addresses a group of Democratic Ward committeemen Friday at a meeting at the Alliance of Polish Clubs. File Photo. Rachel Hinton/Sun-Times

“I consider myself to be a person of integrity, and personally I wouldn’t want to be involved in something that was marred, but I respect the process, and we just have to see what comes next,” Delgado said.

That might be a challenge — which is within House rules, Brown said.

“It would happen sometime after the person files the paperwork seeking to be seated,” Brown said. “I believe there would be a 90-day period where a citizen of the district or member of the House could file an objection and a committee would be appointed and things would proceed from there.”
at November 18, 2019