“We are getting calls from across the country and right here in our hometown, and the generosity of people who understand this disaster is truly amazing,” said Mayor Turner. “Together we can make a difference to those who will need extensive help to get back on their feet once this storm is over.”

Tropical Storm Harvey slammed Houston with devastating floods pouring into the nation's fourth-largest city, dropping nearly 24" across the Houston-area. On Sunday, rising water sent thousands of people to rooftops or higher ground. Rescuers stepped into high gear to assist with more than 2,000 constant calls for help. Tropical Storm Harvey dropped as much as 24" of rainfall across this area.
Read more »
at August 28, 2017 1 comment: 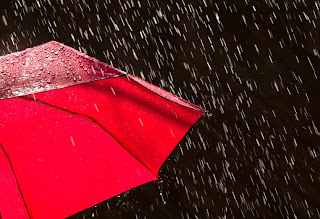 The spring rains have caused some flooding here and there. Lots of standing water on the streets. The forecast is for rain all day long. That means some people are in for a surprise when they get home from work.
at April 18, 2013 5 comments:

Global warming is what city officials are blaming the recent flooding on. I don't know if this is a joke and I find it hard to believe that anyone could stand there with a straight face and tell us our basements are flooding because of global warming. I doubt very much if Alderman O'Shea had anything to do with this. That said, he now needs to get some distance away from global warming.

My thanks to the 19th Ward Politics  Blogger for bringing this to my attention. 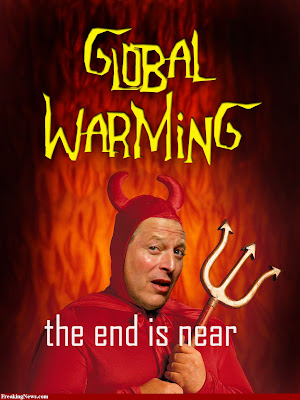 Climate change and global warming are the cause of flooding that occurred in more than 1,000 local households on June 9 and July 23, city officials said at a meeting at the Chicago High School for Agricultural Sciences on Aug. 18.
“It’s a new day, and the new day has some pretty bad weather,” said Tom LaPorte, assistant commissioner of the city’s Department of Water Management, at a town hall meeting hosted by 19th Ward Ald. Matt O’Shea. Approximately 200 people attended the meeting.
Storms characterized by their intensity, brevity and random pattern have increased in frequency over the past five years, which is why homes that never flooded in the past have experienced recent problems, LaPorte said.
“It’s kind of haphazard; scientists haven’t really figured out a pattern, but we do know that it’s happening,” LaPorte said. “What we’re getting is huge torrents of rain from the sky. I used to have to make a case that this was happening; now you just need to look out your window. Two and three times a summer, people are flooding.
“We’ve got a 100-year-old [sewer] system, and that fills up pretty quickly. It’s designed for what they call a ‘five-year storm.’ The sewers get filled up and overwhelmed, and then any more water that is put into those sewers is going to come up into your basement. It’s going in so fast, and there’s no room for it; so it’s just squirting out wherever it can, and that’s up the private drains of your basement.”
The only way to combat the problem, LaPorte said, is through cooperation and partnership between the city and its residents; homeowners need to take steps to help reduce the risk of future flooding instead of solely relying on the city’s sewer system or the Metropolitan Water Reclamation District of Greater Chicago’s Deep Tunnel to do the job.
“There are two main sources of water that we’re trying to put into these full sewers. One is from the street, and the other is from our rooftops. As long as we continue to do that, we’re in trouble; we’re going to continue to flood,” he said. “So what we need to do is find new relationships with each other and the city and new strategies for keeping water out of the sewer during the heaviest rain. It’s no longer a given that the sewers are going to protect us from flooding. There simply isn’t room in them.”
Step one involves redirecting residential downspouts, LaPorte said.
“Five hundred gallons of water per hour are coming out of your rooftop, going into your gutters and, in most houses in Chicago, the downspout goes straight into the ground,” he said. “What it’s doing is connecting to your private drain. If the sewer is full and if the private drain is full, that water has no place to go except into your basement. So in a real sense we’re flooding ourselves a lot of the time.”
Reporting flooding issues to the city’s 311 center, planting rain gardens and preserving the integrity of rain restrictors—the devices that hold water on the street after a heavy rain and allow the water to drain slowly into the sewer system—are also recommended measures, LaPorte said.
If a block of residents can commit to 70-percent participation in these measures, the city will offer its engineering experience and expertise to assess a particular block’s issues and provide homeowners with specific resources and solutions.
“I have about eight or nine neighborhoods already doing this,” LaPorte said. “I would really like to appeal to you to take advantage of this; if you can get a few neighbors together, call me up and invite me over; I’ll be there. We can succeed with this, but we have to rely on each other and understand that this is a mountain for us to climb instead of just a problem to solve. I think it’s as big as rebuilding after the fire, but I think we can do it.”
LaPorte’s direct number is (312) 742-1029.
Terry O’Brien, president of the Metropolitan Water Reclamation District of Greater Chicago, also spoke at the meeting, providing an overview of the district’s interceptor and reservoir system. Although the district has one active reservoir for storm water storage and two others in the works, flooding will continue to be a problem as long as heavy storms fill Chicago’s sewers before the water can be pushed through the system, officials said. During the July 23 storm, the Deep Tunnel was only at 25-percent capacity, O’Brien said; water backed up into basements before it reached the Deep Tunnel.
During the three-hour meeting, officials also tried to dispel the popular notion that localized residential flooding is due to an anonymous person or party failing to “open the gates.”
“The fact is that there are no gates in the sewer system,” LaPorte said. “The only gates that exist are the ones between the river and the lake. They can only be opened up under certain circumstances— when the river is higher than the lake. If you open it up at the beginning of a storm when the lake is still higher than the river, the lake’s going to come in and make everything a lot worse.”

There have been hundreds of flooded basements throughout the neighborhood again this summer. It's a problem which first became apparent during the summer of 2010. The cause of the flooding seems to be a mystery.

There has been extensive flooding in the areas around, Kennedy Park, 99th & Longwood, 104th & Hamlin, 108th & Rockwell and 113th and Central Park. What is going on? I can understand city officials being hesitant to talk about it for fear of creating liability, but this situation needs to be addressed.

Are there any present or former city employees out there with some knowledge as to what the cause of the problem could be? Would you please share your opinion. Thank You.
at August 01, 2011 7 comments: