Soon after, SafeSpeed and Oak Lawn officials engaged in a behind-the-scenes dispute over how many red-light tickets were being issued, with the company pushing Oak Lawn for more, records and interviews show.

Nobody told him, he didn't have a clue 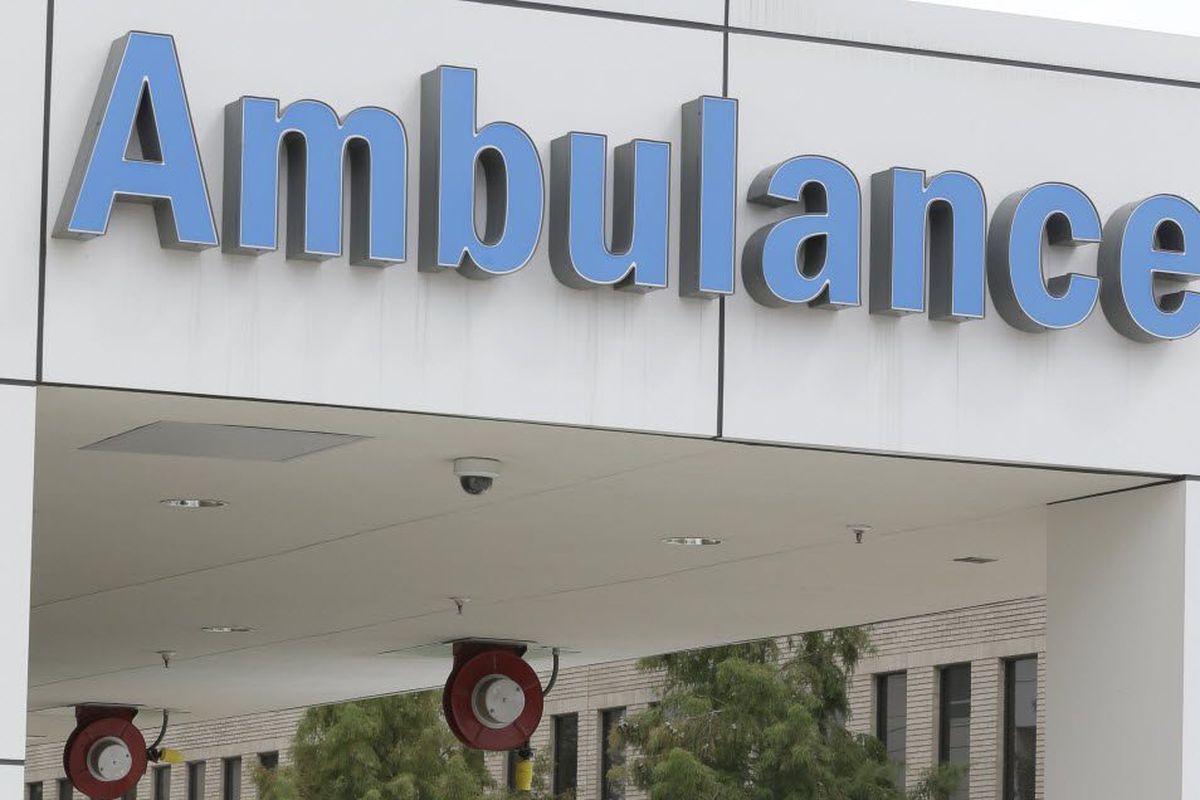 The village manager of Oak Lawn allegedly left the scene of a crash Oct. 10, 2019, after hitting a pedestrian in a city vehicle in southwest suburban Chicago Ridge. Sun-Times file photo


Charges are pending against the village manager of Oak Lawn after he allegedly left the scene of a hit-and-run crash Thursday night in southwest suburban Chicago Ridge.

The pedestrian, a 48-year-old man from Worth, was taken to Christ Medical Center in Oak Lawn in critical condition, police said. 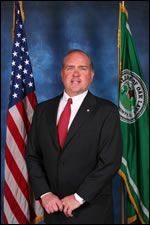 
Visitation and funeral for Jayne Powers, who served 28 years as Oak Lawn's village clerk is set for Friday and Saturday, Jan. 11 and Jan. 12 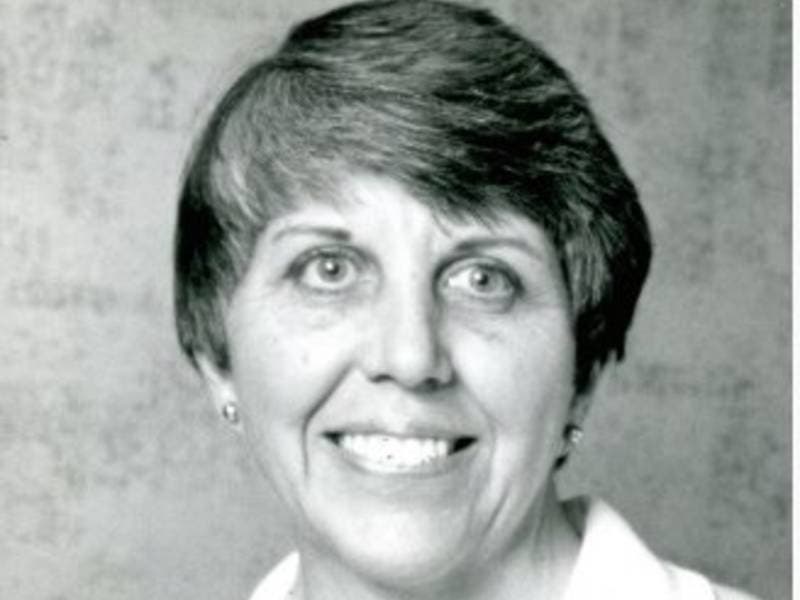 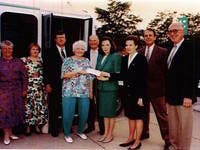 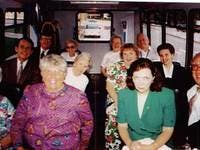 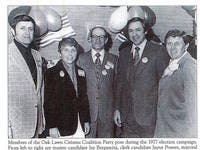 OAK LAWN, IL -- Oak Lawn's longest serving village clerk Jayne Powers passed away on Wednesday. She was 85 years old. Jayne was Oak Lawn's biggest civic booster. Chances are that if it was happening in Oak Lawn, Jayne was at the center organizing, advocating or volunteering.

Jayne served as the Village Clerk of Oak Lawn for 28 years under the late mayor Ernie Kolb. She remained in that role until 2005, when she ran unsuccessfully for mayor.

"She was a great lady and a hard worker," Village Clerk Jane Quinlan said. "She was very well respected in this job. We still get calls from residents asking for her."

They are getting ready to kill each other in Oak Lawn too. The issues are too numerous and too nickel-dime to have any meaningful discussion. He said, she said.
at March 21, 2017 No comments:

I know nothing about her or the town. I avoid driving through there when I have been drinking, unless I am going to Chuck E Cheese. 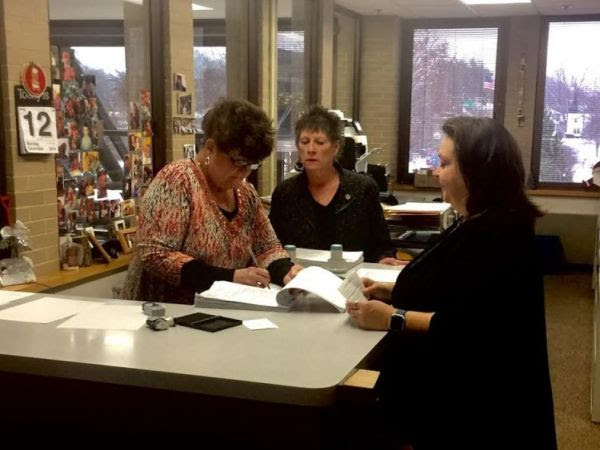 OAK LAWN, IL -- Mayor Sandra Bury was among the early filers to submit their nomination petitions for the April 4, 2017 consolidated election. In doing so, Bury officially kicked off her reelection campaign as an independent candidate for village president/mayor of Oak Lawn.

"It has been an incredible privilege to serve the community I love as Mayor. These past four years have gone by very quickly, and there is much more work to be done." Bury said in a news release. "We have a great team in place."

Bury was first elected in 2013, running on a platform of increased transparency, fair share payments from Advocate Christ Medical Center in lieu of taxes, economic development and fiscal responsibility. She says she kept her promises to the taxpayers of Oak Lawn in her first term.

Under Bury's tenure, Oak Lawn is one of the few municipalities in Illinois that have actually lowered property taxes, her announcement release said..

"We are voting on Tuesday [Dec. 13] to approve the 2017 budget, which lowers the tax levy for the fourth year in a row,” the mayor said. “There is no justification to raise property taxes unless all other options are exhausted."

Bury said it has taken a team effort to do more with less. In addition to helping to negotiate a historic $3.2 million payment from Advocate Christ Medical Center, Bury claims that she and her team have grown the local economy, made job creation a priority, eliminated pensions for part-time politicians, have adopted a public policy for paying down debt, funding pensions and maintaining Oak Lawn's infrastructure.

Recently Standard & Poor's has increased Oak Lawn's rating after years of downgrades. Her Shop Oak Lawn initiative has been an important part of efforts to lower property taxes.

"The more revenue comes from other sources, the less that is needed from property taxes," she says.

The addition of Coopers Hawk, Mariano's and the other businesses at Stony Creek Promenade and throughout Oak Lawn have boosted sales tax revenue for the village and have made Oak Lawn a shopping destination for the surrounding area, according to Bury..

"It's about time that our neighbors are coming to Oak Lawn to shop for a change," she said.

A letter from O.L.Trustee Tom Phelan

I'm glad someone has the balls to stand up for his neighborhood.
Hoping you can get some kind of message out like the one I have been sending to the 5,000+ subscribers to my Neighborhood Newsletter, about 1,600 of which live in Mt. Greenwood, Merrionette Park, Beverly and Evergreen Park.

I am a Trustee in Oak Lawn and have been waging a 6-year battle against Brunswick Corporation over the gangster hang-out they used to call the Brunswick Zone.

Two weeks ago Bill Bard (son of the original owner from the 1960s) took back the ownership and management of the bowling alley from Brunswick Corporation. The Bards are the family who built and lived in the home at 104th & Central Park with the bowling alley in the basement.

For those who have lived in this area for a long time, especially those living near the bowling alley, this without question has to be one of the GREATEST DEVELOPMENTS in the history of this neighborhood. It certainly is for me, even though I have only lived here for the past 12 years.

Because in my capacity as Oak Lawn’s 6th District Trustee I get all the police reports for incidents in this area, and the bowling alley is in the 6th District. TRUST ME when I say that the former “Brunswick Zone” was without questions the #1 criminal problem in our area for the past decade. Ask any Oak Lawn cop, any Evergreen Park cop, or any CPD form the 22nd District and they will tell you the same.

At first it was just a problem with punks, drunks and miscreants, then with gangster-wannabe's, and eventually it became a haven and hang-out for real gang-bangers, culminating in the violent shoot-out on 103rd Street in the summer of 2010 between 2 of Chicago’s hardest-core street gangs.

Since 2006 I have railed against Brunswick Corporation because I believed – and stated publicly – that Brunswick was purposefully marketing to these people with their urban night club atmosphere. Almost every offender arrested at Brunswick lived several miles away and often drove past several bowling alleys - through Evergreen Park, Mt. Greenwood, Beverly, etc. - to get to the “bowling alley” in Oak Lawn.

Things got pretty heated between Brunswick executives and me, and I even had to deal with other Village board members who were apologists for Brunswick’s bullshit.

Into this battle marched Bill Bard, the son of the guy who started Arena Lanes back in the 60s. I had never met nor talked to Bill Bard, but he later informed me that he frequently sat in on the Village board meetings when the debates with and about Brunswick took place. Bill still owned the bowling alley property and the offices that sit alongside it, and he told me he had enough of the problems as well.

When Brunswick tried to play hard-ball with Bill over their recent lease renewal, Bill decided not to renew their lease. And the problems there have almost completely disappeared. It wasn't unusual to have 4 and 5 police calls there in a WEEK a few years ago.

KEY TAKEAWAY FROM THIS

This isn't just about bowling - this is about NEIGHBORHOODS. And doing what we can to keep them safe, and to make them unattractive to criminals and gang-bangers by filling the place with families and children and actual bowling.

If the people of our community can make an effort to go there – to bowl, have parties, host fundraisers, etc - we could go a long way in helping Bill Bard and Arena Lanes re-establish themselves as the family-oriented entertainment destination they were always supposed to be, and that Bill Bard wants them to be.

Finally, for all the Facebook people out there, would you please do the following:

As the legendary Fred Rogers was fond of saying………..

“It’s a Beautiful Day in the Neighborhood!!!!!”