Lightfoot does not have their back. In fact, she hates the police

Slowdown in police activity is due to a ‘month of civic uprising,’ mayor says
Mayor Lori Lightfoot on Wednesday categorically denied the police union’s claim that officers have returned to a defensive crouch not seen since 2015 because they fear she won’t back them.
Read more »
at July 01, 2020 3 comments:

Email ThisBlogThis!Share to TwitterShare to FacebookShare to Pinterest
Labels: Groot

Lightfoot condemns vigilantism after group wielding makeshift weapons takes to the streets of Bridgeport: ‘It was literally causing fear’

On Thursday, Lightfoot told reporters that it’s “absolutely not appropriate for people to take up arms, bats, pipes, whatever in patrolling neighborhoods.”
By Tom Schuba Jun 4, 2020, 9:15pm CDT 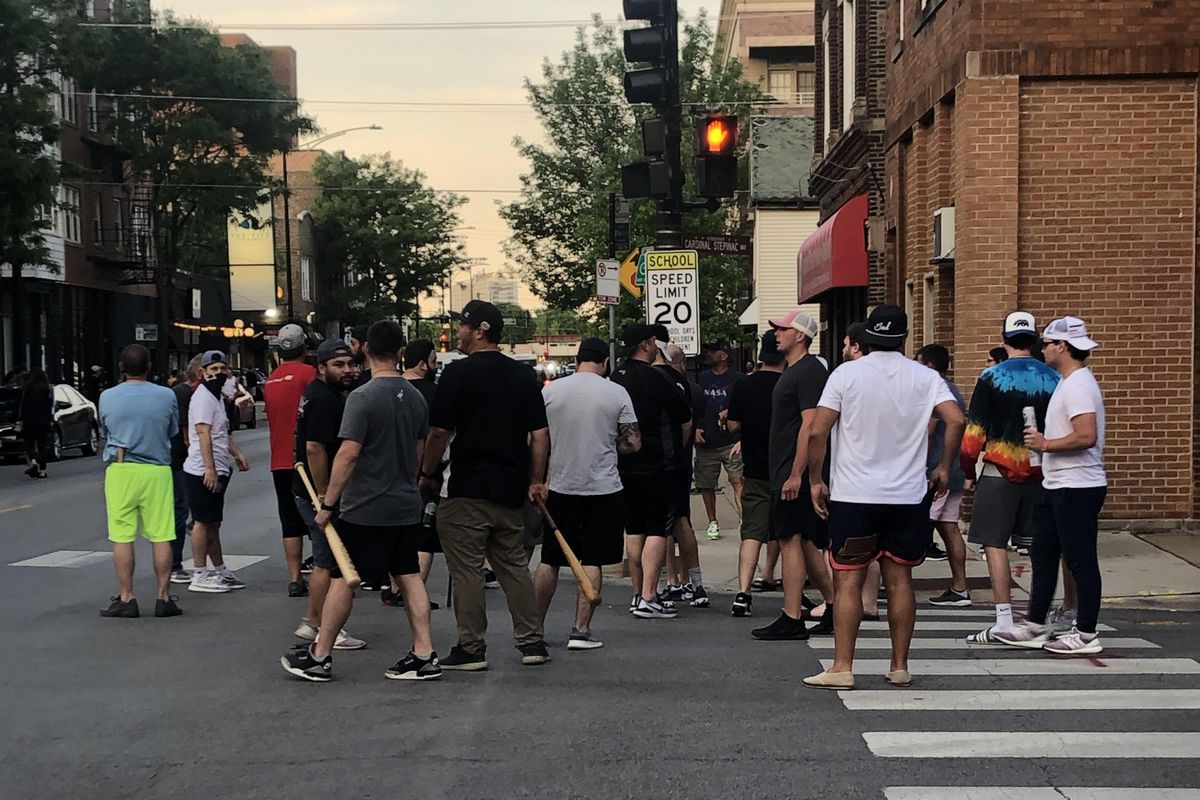 A group of men, some holding weapons, congregate at the corner of 31st Street and Princeton Avenue on Wednesday night. Provided


Mayor Lori Lightfoot on Thursday denounced vigilantism after a group of men armed with baseball bats, pipes and other weapons seemingly patrolled Bridgeport a night earlier.

Reports of the vigilante posse, made up mostly of white men, come amid the civil unrest that has gripped the city after chaos ensued following Saturday’s downtown protest over the officer-involved