Ex-labor leader pleads guilty in extortion case and tries to save his own ass.

John T. Coli, who has ties to many prominent local politicians, will cooperate with federal investigations as part of his plea deal. He will probably drag a dozen or so pols down with him. It's not going to be a very merry Christmas for anyone that had dealings with Coli. 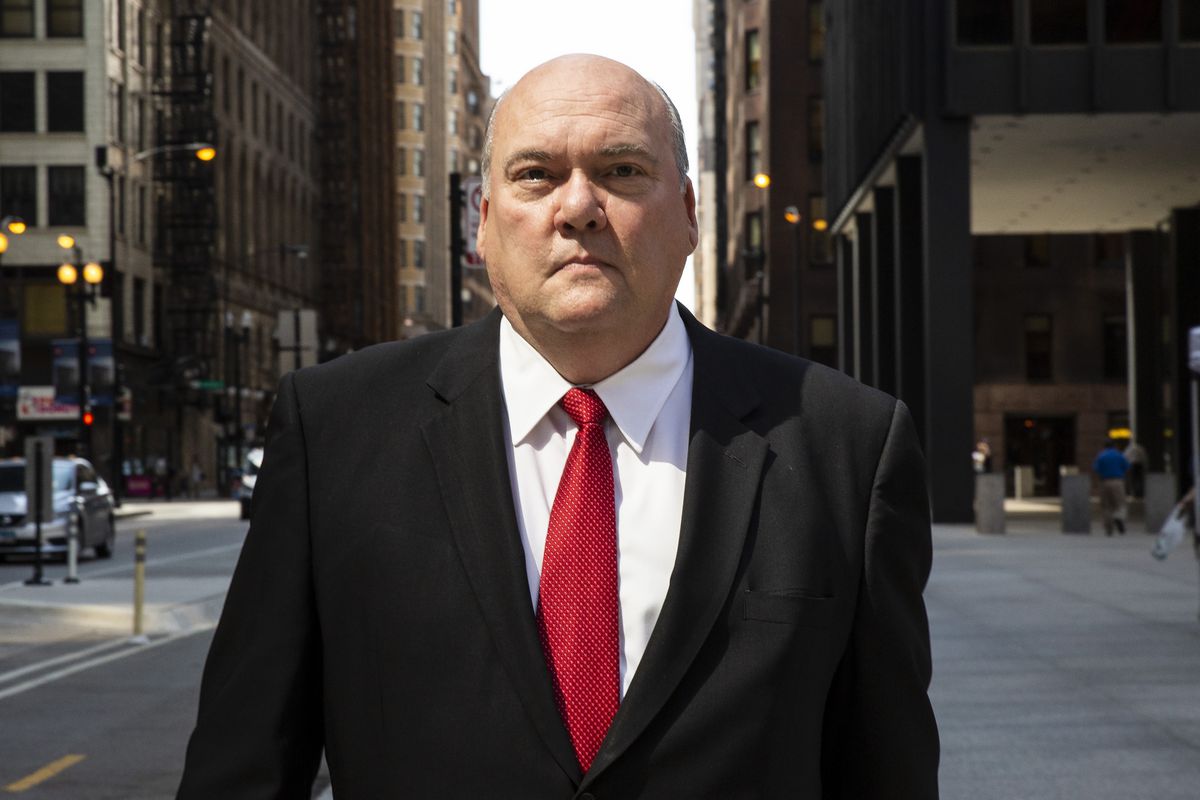 Ex-Teamster leader John T. Coli as he leaves the Dirksen Federal Courthouse after pleading guilty to taking part in a scheme to shake down a Chicago film studio. Ashlee Rezin/Sun-Times


A onetime labor leader with ties to several prominent Illinois politicians pleaded guilty in federal court Tuesday in a lesser-known extortion case that still threatens to reach deep into the state’s halls of power.


As part of his plea deal, former Teamster chief John T. Coli will cooperate with the feds in other investigations.

Coli admitted to taking part in a scheme to extort $325,000 from Cinespace Chicago Film Studios, the clout-heavy studio that is home to such hit TV shows as “Chicago Fire” and “Empire.” He pleaded guilty to receiving a prohibited payment and filing a false income tax return.

Coli demanded routine cash payments to allow the studio to continue to operate, the feds say.

Once, when he was told his quarterly cash extortion payments might stop, Coli said of the company, “We’ll shut it down. We’ll shut it down within an hour. I will f——— have a picket line out here,” according to the feds.

Later, Coli, who was secretly recorded by the feds, told the head of the studio to get rid of its chief financial officer.

“There’s gonna be time-to-time unique things that are gonna come up that you’re gonna have to deal with . . . you can’t have a f——— rat in a wood pile. You can’t have a whistleblower here.”

Coli’s cooperation could net him a prison sentence of about 20 months. Without it, he would have faced eight years behind bars.

The case has simmered in the background for the last few years. Since then, the Chicago Sun-Times revealed that the case against Coli was built with the help of Cinespace President Alexander S. “Alex” Pissios, who wore a wire against Coli.

Meanwhile, it’s clear the investigation that led to Coli’s indictment did not go dormant. For example, a diamond engagement ring that Quinn’s campaign manager bought for Quinn’s press secretary has become part of the probe, the Sun-Times has learned.

That grand jury separately issued a subpoena in February for the personnel file and other records of state Sen. Thomas Cullerton, D-Villa Park, a cousin of the Senate president. John Cullerton appointed his cousin, who has worked for the Teamsters, as chairman of the Senate’s committee on labor.

The Cullerton subpoena was first reported by WBEZ.

Around the time the charges hit, word of Coli’s retirement also surfaced.

“It is with tremendous reflection and a big heart that I announce my retirement from the Teamsters — the greatest union in the world,” Coli said in a statement at the time. “After more than 46 years of membership and service to my fellow Teamsters, it’s time to begin the next chapter.

“Above all, that includes spending time with my family, my loving wife of 35 years and my two beautiful grandkids.”

That statement named Becky Strzechowski as the next president of the Joint Council 25 executive board. But Strzechowski resigned her union posts early this year without explanation.

She had been one of the highest-ranking female Teamsters officials in the country and was considered a protégé of Coli.