Rahm has proven himself to be a slime ball

Rahm is not running again......regardless, Sun Times attempts to smear him in order to make sure

BUMPED UP FROM June 11, 2018, you heard it here many times. The decision not to run was made over 3 years ago. Ever since then Rahm has been playing everyone in order to fundraise.

Like it's his fault. The fault is a system of incompetence and corruption which has been allowed to flourish for decades.

Rahm Emanuel pictured with Janice Jackson and Forrest Claypool in July 2015. At left is Board of Education President Frank Clark. | Associated Press file photo.
Fran Spielman and Lauren FitzPatrick
Days before the boom dropped on a sexual abuse scandal in Chicago Public Schools, Mayor Rahm Emanuel was unveiling a $175 million plan to provide universal preschool for the city’s 4-year-olds.
His homegrown schools CEO Janice Jackson was touting CPS’ progress in commercials bankrolled by a nonprofit with close ties to the mayor.
But now, Emanuel’s plan to seek a third term using education as a major cornerstone has
Read more »
at September 04, 2018 19 comments:

They are coming for Lipinski next.....whites will soon vote themselves into extinction

Gov. Rauner you have a chance to redeem yourself, lock these bastards up

VIDEO POSTED: SEP 02 2018 09:12PM CDT
CHICAGO (FOX 32 News) - For the third time this summer, protesters will disrupt traffic in Chicago to bring attention to violence in the city.
In July, Father Michael Pfleger led thousands onto the Dan Ryan.           Weeks later, Reverend Gregory Livingston led a separate group onto Lakeshore Drive before walking to Wrigley Field.          Each group shared a vital message, bringing attention to city violence, and Livingston wants it done again.
“We march for those who cannot march for themselves. We march for the thousands in Chicago who have been shot,” Rev. Greg Livingston said. “It is a sacrifice to make others uncomfortable. It is a sacrifice to be disliked and misunderstood.”
Livingston plans a shutdown of the Kennedy expressway walking into traffic at Cumberland Avenue before blocking access to the O'Hare airport at East River Road.
Others aren’t certain the method is effective in getting the message across.
“I don't think this tools gives us the gains that it once gave us in the 50s and the 60s,” said LaVont’e Stewart, founder Lost Boyz, Inc., who said he has been working as an organizer in the South Shore neighborhood for more than a decade.
Stewart started Lost Boyz, Inc, using sports to re-shape the lives of children in South Shore.  Stewart believes the best way to help combat violence is to work with the groups already in neighborhoods needing help.
“I believe at this point, we just begin to agitate people. People who could have been early adaptors or people who could empathize with the social issue that's occurring and want to get involved -- now you've run them off,” said Stewart.
The state patrol has legal jurisdiction over the Kennedy.            A spokesperson would not discuss specific information about how they'll respond to the protest, only saying traffic will remain uninterrupted.            In addition to anti-violence initiatives, the group is calling on Mayor Rahm Emanuel to resign.
at September 03, 2018 3 comments:

I am off to my Church - Sacred Heart Parish. Worship here reminds me why Christ invites us to the table with simple, humble, contrite, but welcoming hearts. I see people from every phase of my life from packed Little Flower Church to the empty pews of our sprawling modernist globalist episcoplian lite situation.
Sacred Heart, like St. Odilo's in Berwyn, reminds Chicago Catholics to have faith in the Faith.
There are manly priests like Fr. Gallagher, Fr. Brankin and Fr. Vanecko still being true shepherds and not slick sociologists in hard-collars waiting for their next meal at Gibsons.

Email ThisBlogThis!Share to TwitterShare to FacebookShare to Pinterest
Labels: God

This is what it took to shut him up

READ WHY BONO IS CONSIDERED AN ASSHOLE AND AN IDIOT
at September 02, 2018 1 comment:

Email ThisBlogThis!Share to TwitterShare to FacebookShare to Pinterest
Labels: jerk

Why? Because they got away with it earlier this summer and it makes them feel empowered. This is just beginning.

It is the result of one party control and four in a row, weak or incompetent governors. 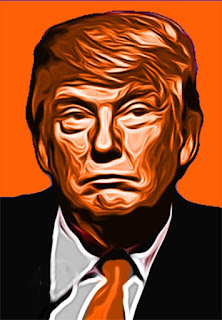 bare-knuckle-fighting
at September 01, 2018 No comments:

An exhibit of socialist decadence