This should not have happened

Killed while playing outside, 9-year-old Janari Ricks had plans to ‘rebuild the community,’ mom says. It is the fault of Lightfoot, Preckwinkle, Foxx, Daley, Gainer and every other politician that panders to the criminals.
“He was in the house all day yesterday, he didn’t come out until 5,” his mother said with tears in her eyes. “And he came out to play with his friends and my baby never been able to make it back home.”
By Madeline Kenney Aug 1, 2020, 2:27pm CDT 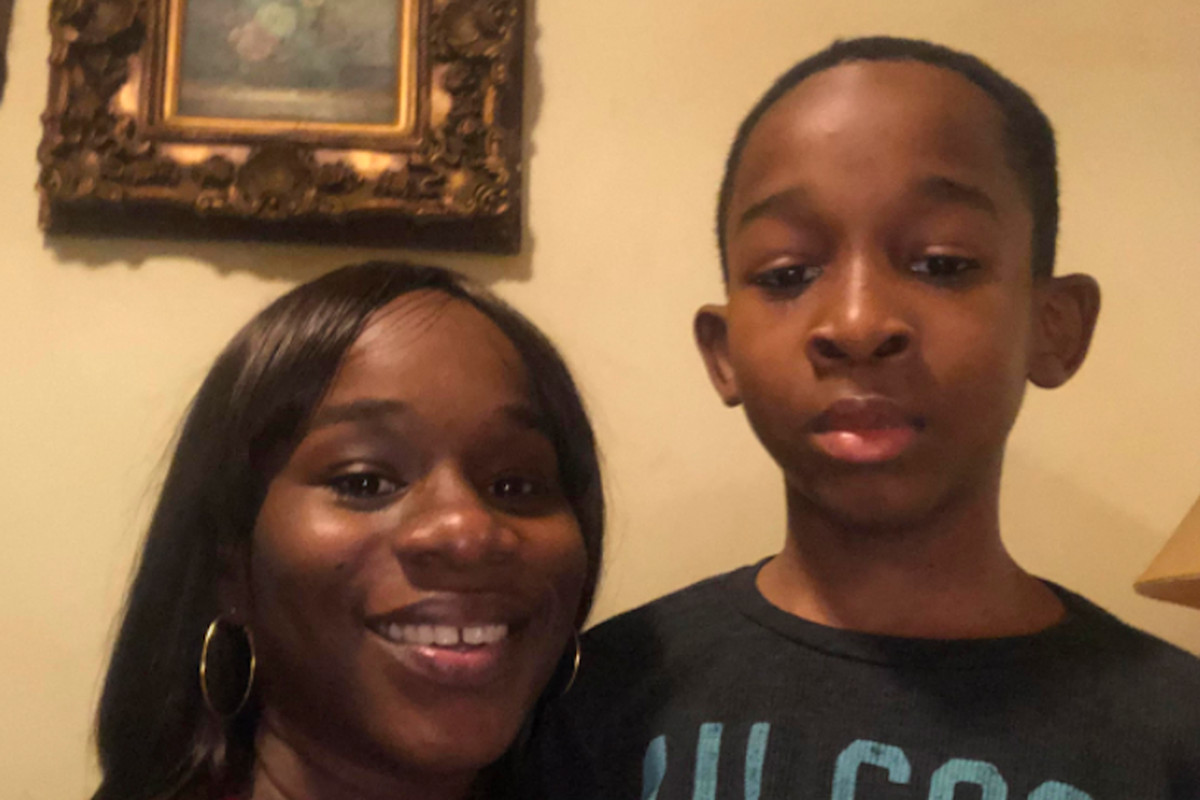 Janari Ricks was known to have a football in one hand and a basketball in the other, his family and friends said.

So even if becoming a professional athlete didn’t work out, Ricks had a backup plan. 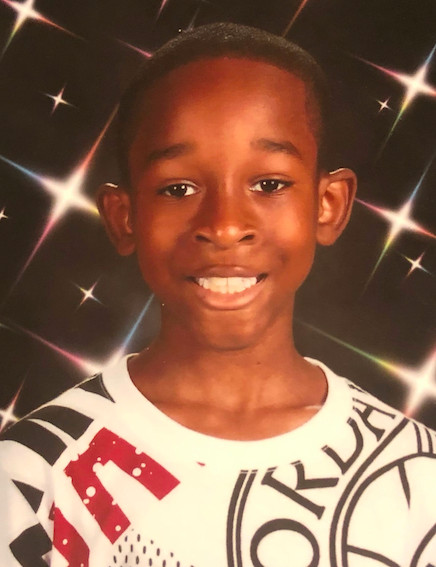 “If he wasn’t able to pursue his dreams of becoming an athlete he wanted to do construction,” Ford said. “He wanted to help rebuild the community, rebuild something that the kids can enjoy later down the line.

Authorities said Ricks was playing with friends behind the former Cabrini Green public housing complex in the 900 block of North Cambridge around 6 p.m. Friday when a gunman open fired, fatally striking the boy in the chest. Chicago police said the boy was an unintended target.

Ford said she was in the bathroom when she heard banging on the door.


“They told me my son was shot, and I go to the scene and my son is lying there hopeless, gone,” she said a day after the Near North Side attack.

Ricks’ father, Raymond Ricks, said he had just boarded a plane to Atlanta when he heard the news.

“I had to stop the plane,” Raymond said.

Janari Ricks was taken to Lurie Children’s Hospital, where he was pronounced dead an hour later.

On Saturday, a memorial grew along the same block where the 9-year-old grew up. Neighbors and friends brought two basketballs, a football and stuffed animals. Some lit candles in honor of the slain boy; others tied balloons on a metal fence. Ricks’ beloved hoverboard that he got for his ninth birthday was also placed on the ground in front of the memorial. 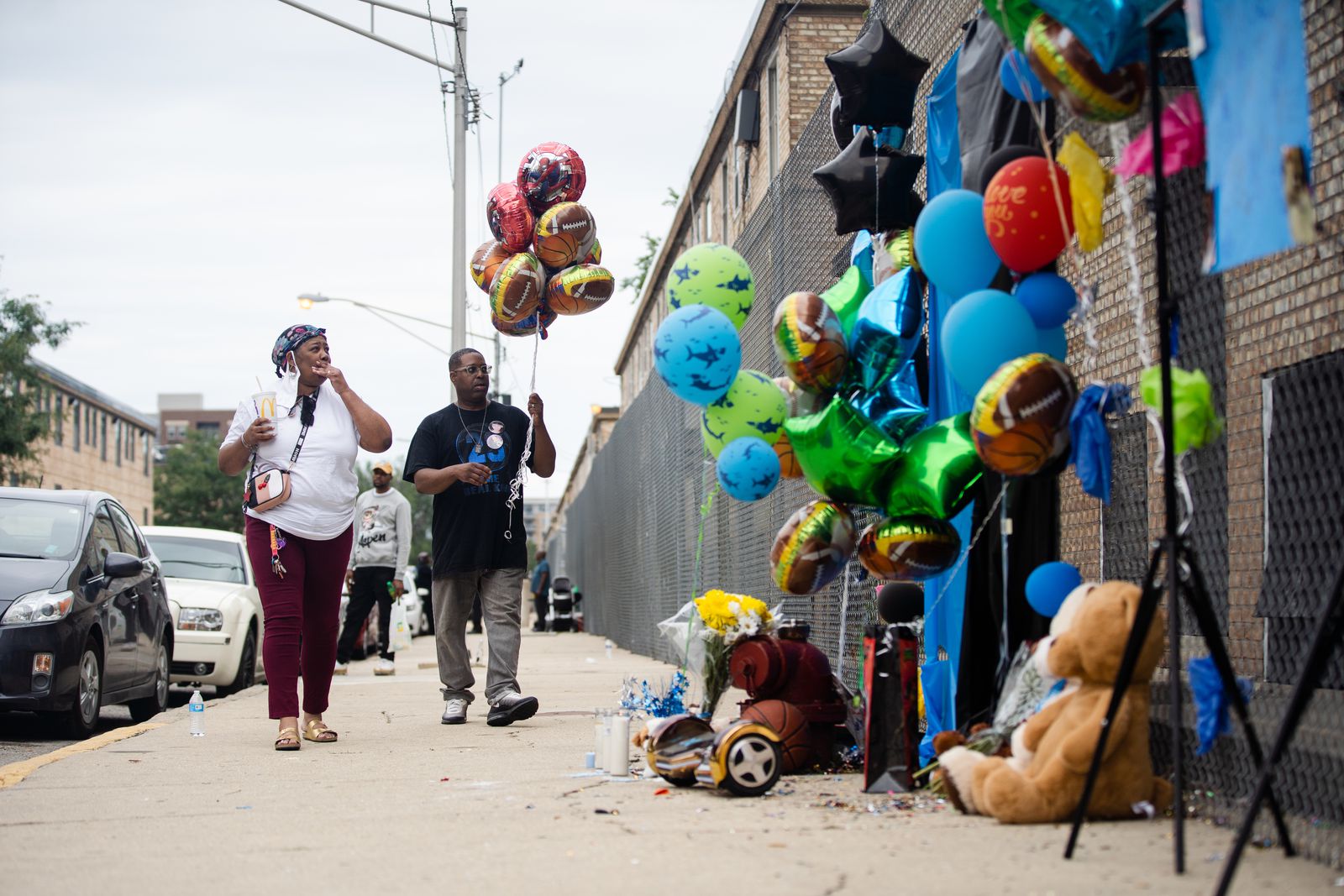 1 of 8
Barbara Stevenson, 52, and her husband Michael, 52, walk to a memorial for 9-year-old Janari Ricks on the Near North Side Saturday afternoon. Pat Nabong/Sun-Times


The boy’s father comforted Ford with a hug from behind as she cried, “Why’d he have to go? My baby.”

Ford said the boy had been inside most of the day before the shooting.

“He didn’t come out until 5,” she said in tears. “And he came out to play with his friends and my baby never been able to make it back home... He was very, very loved by so many people, everyone knew him, everyone.

Police didn’t have any updates on the investigation Saturday. No one was in custody.

Ricks was the second child shot in as many days in Chicago, and one of at least 58 minors shot across the city during a violent July, according to Sun-Times records. Police reported 105 murders during the month along with 406 shooting incidents, both drastic increases over the same period last year. 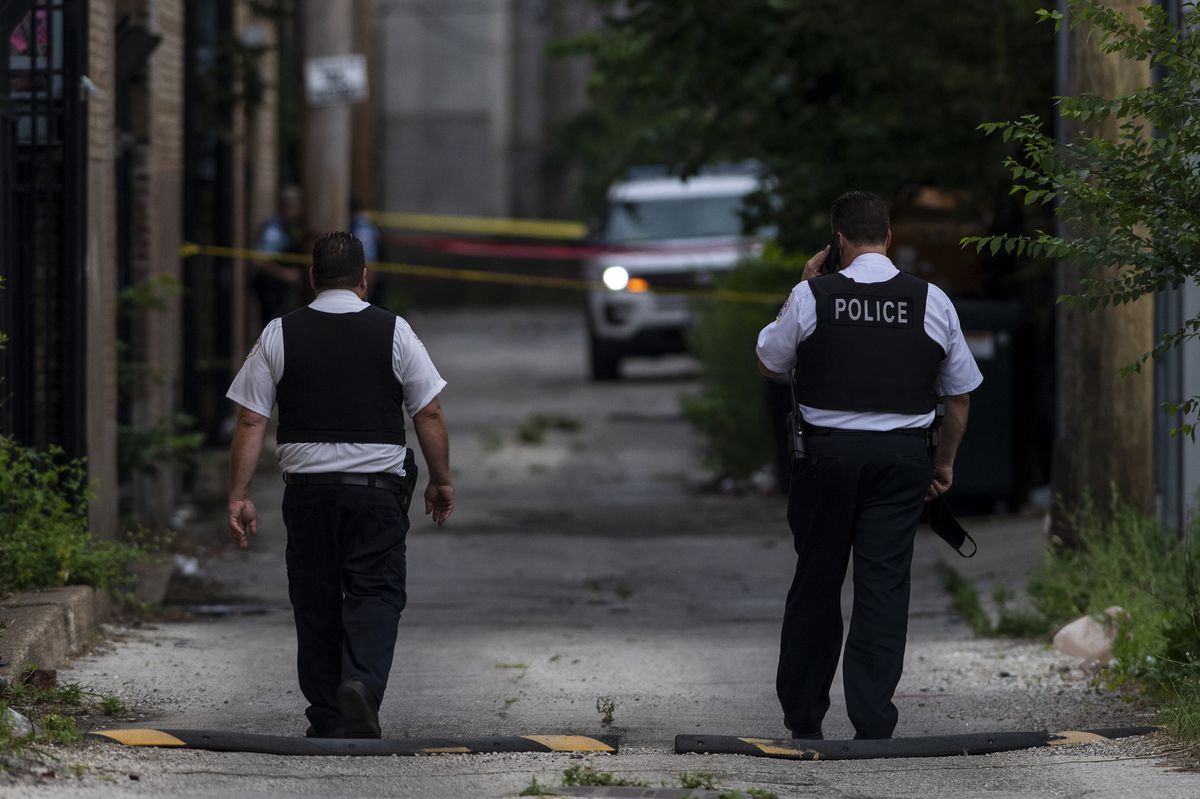 Chicago police investigate the scene where a 9-year-old boy was shot and killed Friday in the 900 block of North Cambridge. Tyler LaRiviere/Sun-Times
at August 01, 2020

Email ThisBlogThis!Share to TwitterShare to FacebookShare to Pinterest
Labels: Sad