Some of the protestors are satanic inspired

The New York Post posted images of some foul-mouthed graffiti scrawled on the walls of the Fifth Avenue cathedral. 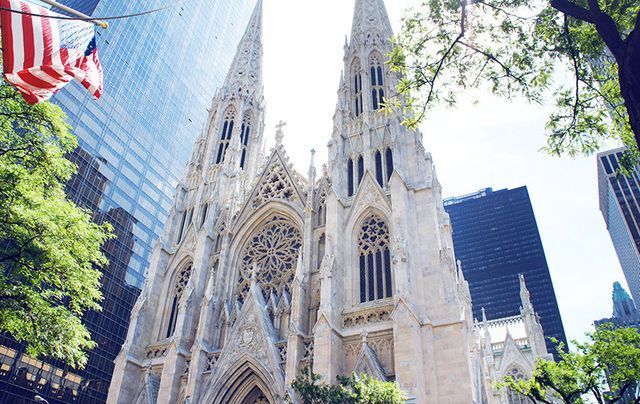 St. Patrick's Cathedral is one of the most famous houses of worship in the Big Apple. ISTOCK
Demonstrators in New York protesting the death of George Floyd desecrated the city's famous St. Patrick's Cathedral with protest graffiti on Saturday night.
The New York Post posted images of some foul-mouthed graffiti scrawled on the walls of the Fifth
Avenue cathedral.
Protestors wrote "F*ck F*ck" in foot-high red letters on one wall and daubed several messages on an adjacent wall, including "BLM" - short for Black Lives Matter - "NYPDK", and "No Justice, No Peace"
The protestors also spray-painted George Floyd's name in black letters on another part of the church.

I cannot understand how writing “FUCK” on the beautiful and historic St. Patrick’s Cathedral in any way helps the fight against racial injustice. People with ulterior motives are negating legitimate suffering with their disgusting acts. 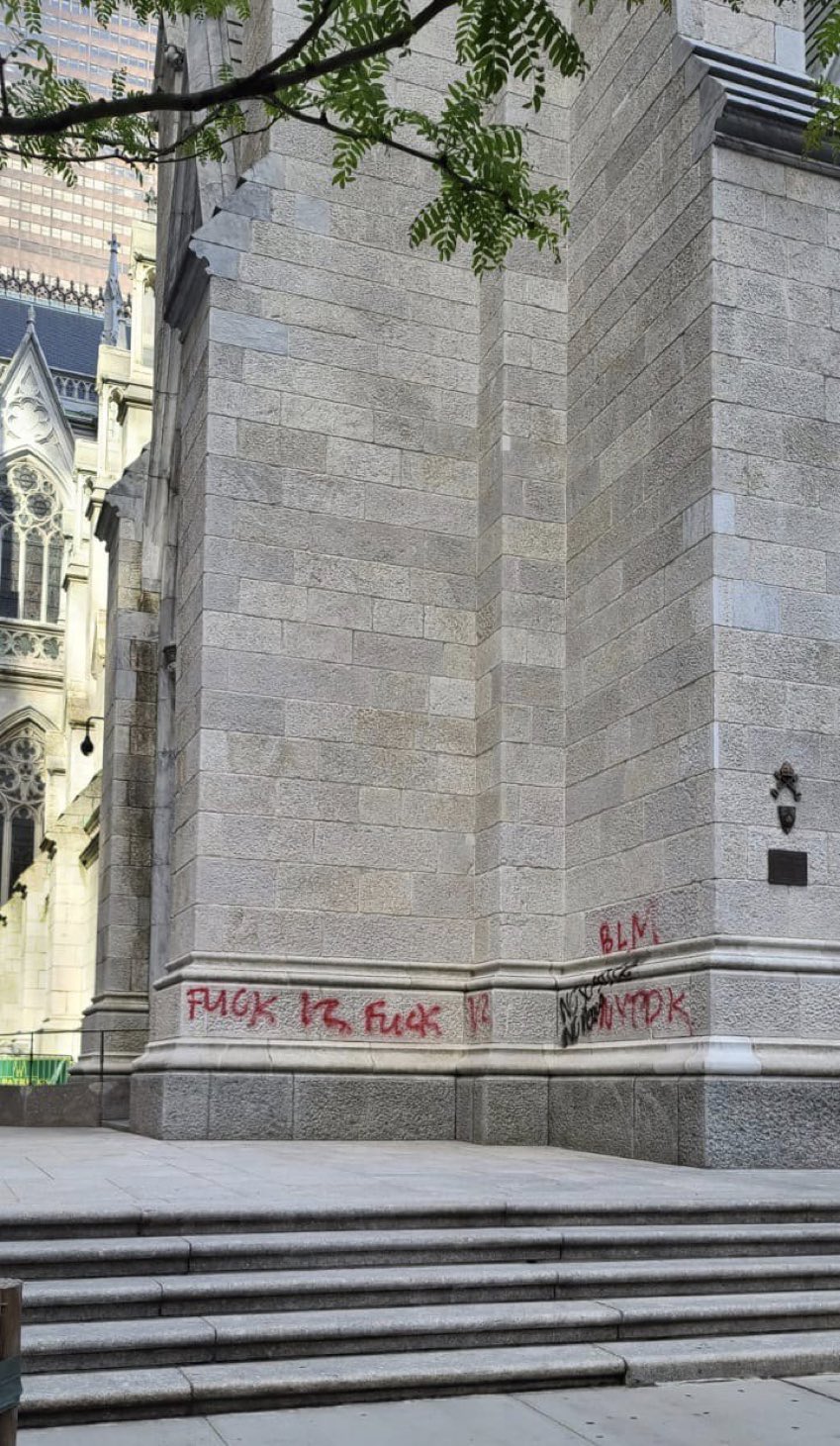 451 people are talking about this
The demonstrators likely befouled the walls of the church as they marched past on Saturday afternoon as part of a city-wide protest of the death of George Floyd in police custody in Minneapolis.
NYPD officers clashed with protestors all over Manhattan and Brooklyn on Friday and Saturday, with one woman taken into custody for throwing a homemade Molotov cocktail at four police officers in Brooklyn. The officers escaped unharmed when the device failed to ignite.
Samantha Shader, 27, was accused of throwing the device at the police and faces up to 20 years in prison if found guilty with NYPD Commissioner Dermot Shea previously seeking to bring attempted murder charges against her.
Shader allegedly bit a cop on the leg as she was taken into custody.
Two Brooklyn residents were also arrested after they threw Molotov cocktails at an unoccupied NYPD vehicle in a separate incident.
Read more: Colin Farrell says he was heartbroken after George Floyd's death
Urooj Rahman, 31, and Colinford Mattis, 32, also face 20 years in prison if found guilty.
Other protestors surrounded police vehicles throughout the city and a group of protestors set an NYPD SUV ablaze in Flatbush, Brooklyn.
One demonstrator punched an NYPD sergeant with brass knuckles on Friday night.
In total, the NYPD has arrested more than 100 protestors across the city and at least 15 vehicles have been burned as of Saturday evening.
At least nine people were arrested for throwing water bottles at cops near Trump Tower.
Mayor Bill de Blasio blamed the violence on “a very small number” of people who “literally and specifically meant to incite violence.”
He announced that there would be an extensive investigation into the actions of the protestors.
De Blasio also announced that there would be a probe into police conduct during the protests after one cop was filmed aggressively shoving a woman to the ground near the Barclays Center in Brooklyn.
at May 31, 2020