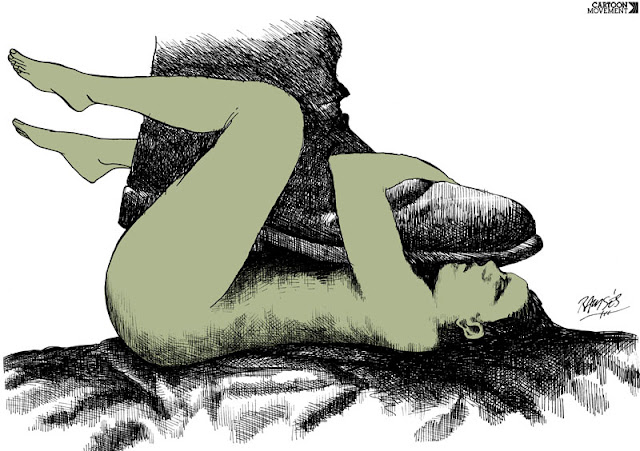 Posted on November 21, 2019 by Dr. Eowyn
In early March 2016, three months before the last Republican Party primary elections that sealed Trump’s ascendancy as the party’s presidential nominee, Politico Magazine contributing editor Michael Lind called Trump “the Perfect Populist”—”one with broader appeal to the right and the center than his predecessors in recent American political history—so much so it could put him in the White House”.
Lind was unusual among pundits in predicting Trump’s electoral victory, as according to polling data he did not have even an outside chance of winning. What catapulted Trump to the White House, to the enduring shock and disbelief of the Democratic Party, was his message of what Victor Davis Hanson in his book The Case for Trump identified as “middle-class populism”—a populism of “less government, doubt over overseas military commitments, fears of redistribution and globalization, and distrust of cultural elites.” Their distrust, Hanson maintains, fundamentally was a reaction, not a catalyst, to the elites’ contempt for the white middle class:

[S]corn for the white middle class . . . was widespread among many elites, and it ignited a
Trump backlash . . . . The anger that Trump tapped had been a long time in coming. But few politicians knew it firsthand, much less saw it as merited or even useful in the political sense . . . . [Trump] had seen a critical preexisting and vast swath of potential voters in proverbial swing states who were . . . resentful over the disdain shown them by elites, especially the likes of Barack Obama and Hillary Clinton. And they were irate at the winners of globalization who had somehow blamed them for being the global economy’s losers.

In other words, the elites’ contempt for the white middle and working classes predated the 2016 election.
Except in the cases of Obama and Hillary Clinton, the following account of contemptuous elites are from Hanson’s The Case for Trump.
To begin, eight years before the 2016 election, at a fundraising event in San Francisco on April 6, 2008, presidential hopeful Barack Obamacondescendingly dismissed working-class voters in old industrial towns decimated by job losses as “bitter” people who “cling to guns or religionor antipathy to people who aren’t like them or anti-immigrant sentiment or anti-trade sentiment as a way to explain their frustrations.”
For her part, at an LGBT fundraiser in Manhattan on September 9, 2016, Democrat presidential nominee Hillary Clinton urged supporters to “stage an intervention” if they had friends who might vote Trump. She then dissed millions of Americans over whom she intended to rule as president. Clinton said, “you could put half of Trump’s supporters into what I call the ‘basket of deplorables’. The racist, sexist, homophobic, xenophobic, Islamophobic — you name it.” After she lost the election to Trump and the “deplorables,” in a public speech in Mumbai, India on March 10, 2018, Clinton redoubled her contempt for Trump voters. She said, “So I won the places that are optimistic, diverse, dynamic, moving forward,” thereby implying that the 63 million Americans who had voted for Trump were demoralized, monotonous, listless, and degenerating.
Hillary Clinton’s aides were just as dismissive. In her book Chasing Hillary: Ten Years, Two Presidential Campaigns, and One Intact Glass Ceiling, New York Times reporter Amy Chozick described how Clinton’s inner circle looked down on Trump voters as fodder for their amusement: “The Deplorables always got a laugh, over living-room chats in the Hamptons, at dinner parties under the stars on Martha’s Vineyard, over passed hors d’oeuvres in Beverly Hills, and during sunset cocktails in Silicon Valley.”

Elites less prominent than Obama and Clinton similarly were contemptuous of Trump supporters. As examples, on August 12, 2016, FBI agent Peter Strzoktexted to his paramour Lisa Page that Trump voters stank: “Just went to a southern Virginia Walmart. I could SMELL the Trump support.” Another unidentified FBI employee texted an FBI attorney on the day after the 2016 election that “Trump’s supporters are all poor to middle class, uneducated, lazy POS [pieces of sh*t].”

In a tweet on January 7, 2017, Melinda Byerley, founder of the Silicon Valley company Timeshare CMO, wrote: “One thing middle America could do is to realize that no educated person wants to live in a sh**hole with stupid people. Especially violent, racist, and/or misogynistic ones . . . . When corporations think about where to locate call centers, factories, development centers, etc., they also have to deal with the fact that those towns have nothing going for them. No infrastructure, just a few bars and a terrible school system.”

Some members of the media were just as disdainful. In a tweet on August 2018, Politico reporter Marc Caputo mocked the crowd at a Trump rally as toothless hicks: “If you put everyone’s mouths together in this video, you’d get a full set of teeth.” Although Caputo initialy apologized for and deleted the tweet, he later doubled down, calling Trump supporters “garbage people.”

Another journalist, tech writer and member of the New York Times’s editorial board Sarah Jeong, a graduate of Harvard Law School who is of Korean heritage, tweeted: “Are white people genetically predisposed to burn faster in the sun, thus logically being only fit to live underground like groveling goblins?”; “Oh man it’s kind of sick how much joy I get out of being cruel to old white men”; and “White people marking up the internet with their opinions like dogs pissing on fire hydrants.”

Hillary Clinton wasn’t the only politician who regarded Trump voters with unconcealed contempt. On September 15, 2018, during a speech at the Human Rights Campaign’s annual dinner in Washington, D.C., former Vice President Joe Biden called the deplorables “virulent” “dregs of society”. He said: “Despite losing in the courts, and in the court of opinion, these forces of intolerance remain determined to undermine and roll back the progress you all have made. This time they—not you—have an ally in the White House. This time they have an ally. They’re a small percentage of the American people—virulent people, some of them the dregs of society.” Hanson points out that those “dregs of society” in 2016 numbered 63 million—46% of all Americans who voted.
Nor were Progressives the only elites who held the white middle and working classes in contempt. Republican “never Trumpers” were equally derisive.

In a March 2016 op-ed, National Review’s conservative social critic Kevin Williamsonwrote: “The truth about these dysfunctional, downscale communities is that they deserve to die. Economically, they are negative assets. Morally, they are indefensible . . . . The white American underclass is in thrall to a vicious, selfish culture whose main products are misery and used heroin needles.”

On February 8, 2017, on a panel at the American Enterprise Institute, Bill Kristol, founder of the Weekly Standard, said white, working-class Americans should be replaced by immigrants. Kristol said:

“Look, to be totally honest, if things are so bad as you say with the white working class, don’t you want to get new Americans in? Basically if you are in free society, a capitalist society, after two, three, four generations of hard work, everyone becomes kind of decadent, lazy, spoiled, whatever. Then, luckily, you have these waves of people coming in from Italy, Ireland, Russia, and now Mexico, who really want to work hard and really want to succeed, and really want their kids to live better lives than them, and aren’t sort of clipping coupons or hoping that they can hang on and, meanwhile, grew up as spoiled kids and so forth.”

Another “never Trumper” conservative who became a self-described “man without a party” after the 2016 election, expressed the same wish. In a June 18, 2018 op-ed, Washington Post columnist Max Bootwrote: “If only we could keep the hard-working Latin American newcomers and deport the contemptible Republican cowards—that would truly enhance America’s greatness.”

For his part, New York Times conservative columnist David Brooks, with the ragged teeth, echoed the same sentiments in a January 29, 2018 op-ed: “These rural places are often 95 percent white . . . . They are often marked by economic stagnation, social isolation, family breakdown and high opioid addiction . . . . It is a blunt fact of life that, these days, immigrants show more of these virtues than the native-born.”
Hanson points out that these Progressive and conservative “never Trump” elites not only are racist, they are hypocrites. Conveniently, the elites excused their crude stereotyping of white, middle America by insisting that racism against whites was not racism. While accusing the middle and working classes they deride for “white privilege,” the elites are blind to their own outsized privileges. In Hanson’s words:

Often the white elite signaled their disgust of the ‘white privilege’ of the disintegrating middle class as a means of exempting their own quite genuine white privilege of insider contacts, professional degrees, wealth, inheritance, and influence.

I am baffled by why the elites hold such virulent hatred and contempt for America’s white middle and working classes who have built this country. It is a phenomenon for psychiatric professionals to explain. Alas, being of the same privileged professional elite class, they probably are infected with the same virus.
Perhaps our readers can hazard some guesses to explain this phenomenon.
~Eowyn