McDonough served as Richard J. Daley’s go-to guy for much of his mayoral tenure and went on to become a powerful government contractor who contributed to a series of major public-works projects. 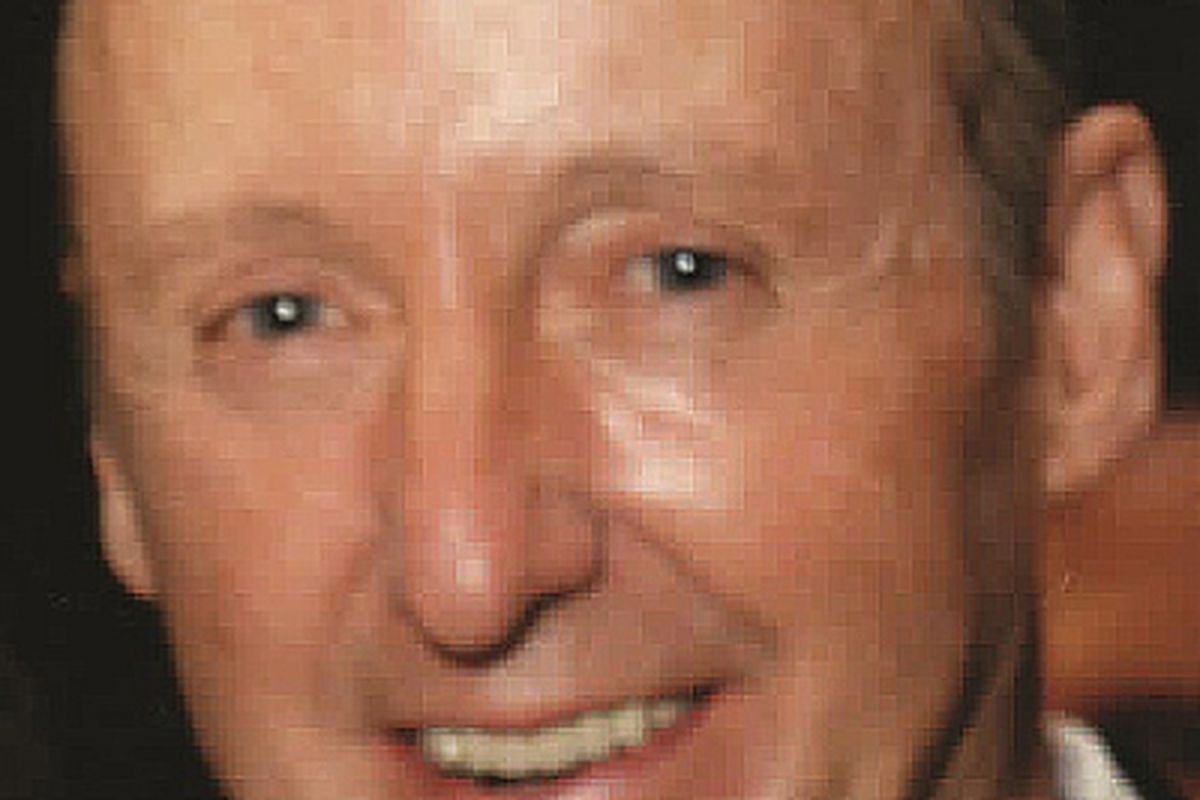 James McDonough, the former commissioner of the Department of Streets and Sanitation and a key ally of the Daley family, died last week at the age of 85.

McDonough served as Richard J. Daley’s go-to guy for much of his mayoral tenure and went on to become a powerful government contractor who contributed to a series of major public-works projects,
including the modernization of both Chicago airports, the reconstruction of Wacker Drive and McCormick Place and the development of Millennium Park.

He died Aug. 11 following a battle with Alzheimer’s disease.

McDonough’s son, Jim McDonough, described his father as a “nose-to-the-grindstone” type who was “a little bit surprised by his success.”

“He would walk in and light up a room,” he said. “We could not walk anywhere without him knowing somebody, and a lot of people still called him ‘the commish.’”

The son of Irish Catholic parents, McDonough grew up in the Brainerd neighborhood and graduated from St. Ignatius College Prep before earning his business degree from John Carroll University, a small Jesuit school just outside of Cleveland where he was enrolled in the ROTC program.

From there, he joined the U.S. Army and was deployed to Korea in the wake of the country’s civil war.

“That really formed him,” Jim McDonough said. “He was a young age and he was lieutenant and they put him in an advisory management role in the army, and that’s where he pulled it together.”

When he came home in 1957, McDonough took his first city job in the Department of Streets and Sanitation, rising in the ranks under Mayor Richard J. Daley and eventually being named to lead the department. With the backing of the Daley political machine, McDonough was also tapped as chief administrator of the Chicago Skyway Toll Bridge and as chairman of the Chicago Transit Authority. 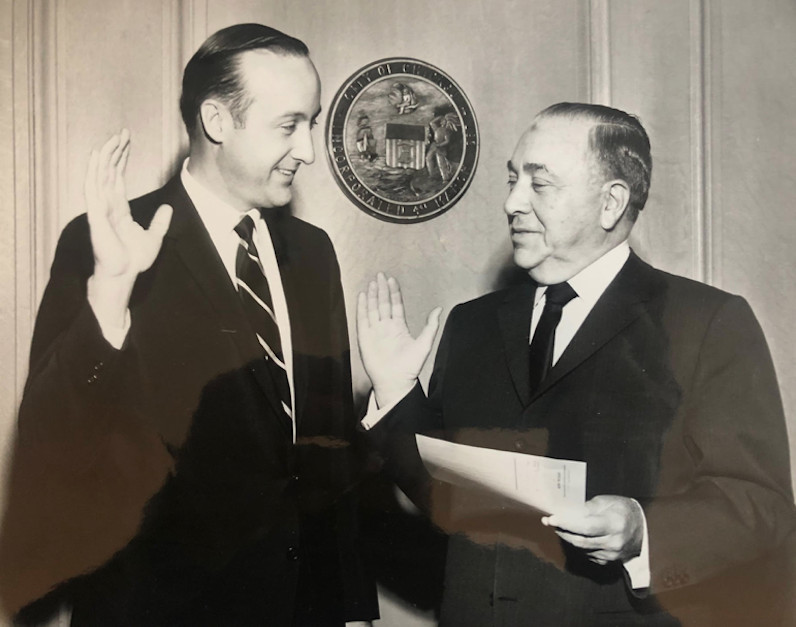 Mayor Richard J. Daley swearing in James McDonough as commissioner of the Department of Streets and Sanitation. Provided photo

“He was super tied into the [Daley] family and very thankful that he had a chance to work with them,” Jim McDonough said. “Daley pretty much gave him his start and took him under his wing.”

“I think it was one of the few times I’ve ever seen my dad cry is when Mayor Richard J. Daley passed,” he added.

The family ties trace back to McDonough’s uncle, Joseph “Big Joe” McDonough, the Cook County treasurer and 11th Ward alderman who gave young Richard J. Daley his start in politics when he was a lowly worker in the stockyards.

In 1974, McDonough took the reins of Murphy Engineering, an engineering and architectural consulting firm that he later bought and renamed as McDonough Associates. In that role, McDonough remained cozy with two of Richard J. Daley’s sons as he was winning lucrative government contracts.

Former Mayor Richard M. Daley tapped him in 1992 to lead a task force addressing a broken tunnel under the Chicago River that dumped millions of gallons of water into basements and walkways. And Cook County Commissioner John P. Daley’s insurance firm represented McDonough’s company as it was raking in millions as a county contractor.

McDonough was also deeply involved in civic and community organizations. His foundation, started with his wife, Jacqualine, helped fund capital improvements and build a chapel at St. Xavier University in Chicago. The couple also offered financial support to his alma mater, John Carroll University, which recognized him in 1990 with its Alumni Medal.

“Jim was an active and loyal alum who stayed engaged with John Carroll throughout his life,” said Doreen Riley, vice president of university advancement at John Carroll. “His generosity supported creative projects like the Hamlin quadrangle and new parking lots by Dolan Science Center. He will be remembered as an important member of the JCU community.”

McDonough is survived by his wife, his son, a daughter, Maureen Curley, their spouses and four grandchildren. Visitation and a funeral mass will be held Monday at the McDonough Chapel at St. Xavier.
at August 19, 2019

Email ThisBlogThis!Share to TwitterShare to FacebookShare to Pinterest
Labels: Applaud